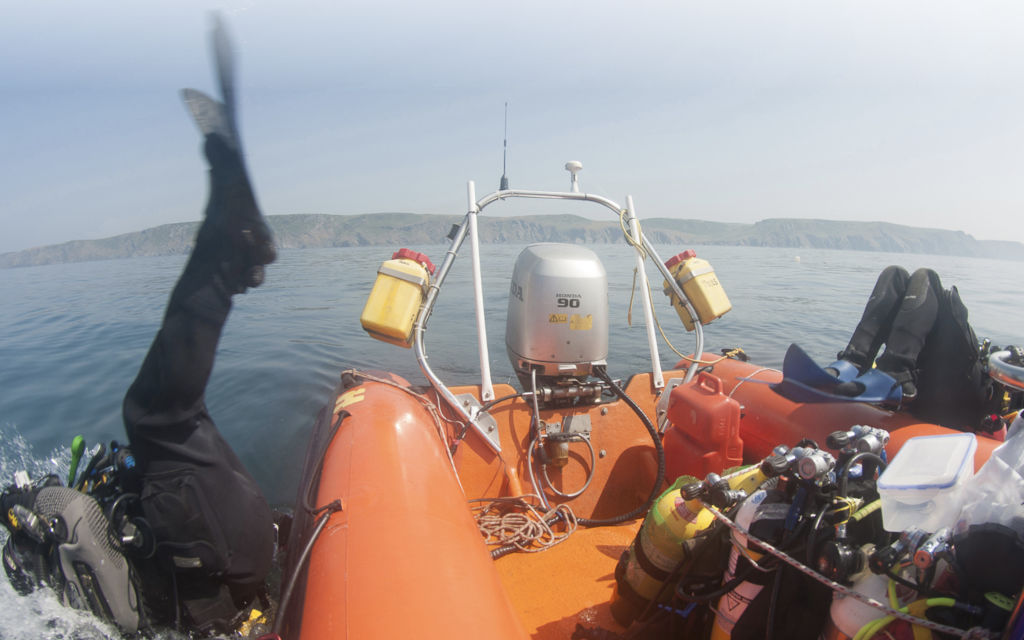 Kirsty Andrews has a keen eye for her fellow divers’ shortcomings, but we all make mistakes, don’t we?

What is the most embarrassing kitting-up mistake you have ever made? I was ruminating on this issue with my buddy recently, as we not-so-secretly sniggered at another in our party who had managed to kit up with his cylinders still secured to the dive bench.

Of course, this ‘still tied on’ issue is one of those that absolutely everyone has done at some point. If you say you haven’t, I don’t believe you — or you just haven’t got around to it yet. It’s forgivable, though, as it’s entirely preferable to forgetting to tie your gear on in the first place [crash].

The funny thing is, moments after this cruel sniggering, my buddy duly stood up and was about to jump in the sea when I remarked that wearing fins would probably be helpful. He laughed and promised that he hadn’t done it just to make the other guy feel better, and said it would have been funnier if I hadn’t told him until after he jumped in. I’m kind like that.

No fins is a pretty inconvenient mistake and would have been discovered as soon as he started bobbing around on the water surface like a teabag. Similarly, jumping in without a weight belt leads to teabag bobbing and much cursing, and is also fairly easily done — although, unlike fins, weight belts are usually part of the buddy check, so you can at least share the blame for the mistake.

I’ve occasionally wondered why dive computers aren’t part of the buddy check, as most of us use them and they are both very useful and quite easy to forget. I’ve jumped in with mine in my drysuit pocket before, and also once memorably couldn’t find it anywhere until — after doing the dive on my backup — I realised it was in the pocket of my undersuit, warm and dry all the time.

Two comments on this: firstly, it logged the dive entirely accurately, and secondly, it's still embarrassing but better than doing a dive with other essentials in the wrong pocket like, say, your phone or your car keys on the outside... both of which I’ve also seen but not experienced myself, thank goodness.

A comical fail or a dangerous mistake?

There is of course a fine line between comical error and a potentially dangerous situation, and I like to think I would find the latter less amusing. Many of us have entered the water without our drysuit zips being fully closed; a chilly omission we’re unlikely to make twice.

I have seen one friend jump in with his zip fully open - I noticed just as he started his giant stride, and he noticed shortly afterwards! Fortunately, we were on a dive boat with a lift as it’s remarkable how quickly your drysuit can fill with water and how heavy that becomes to drag out of the sea.

So I wouldn’t want to encourage anyone to do anything hazardous, but do keep an eye out: maybe you’ll spot an error and save the day, or at the very least have an entertaining tale to share around the dive club at your buddy’s expense.