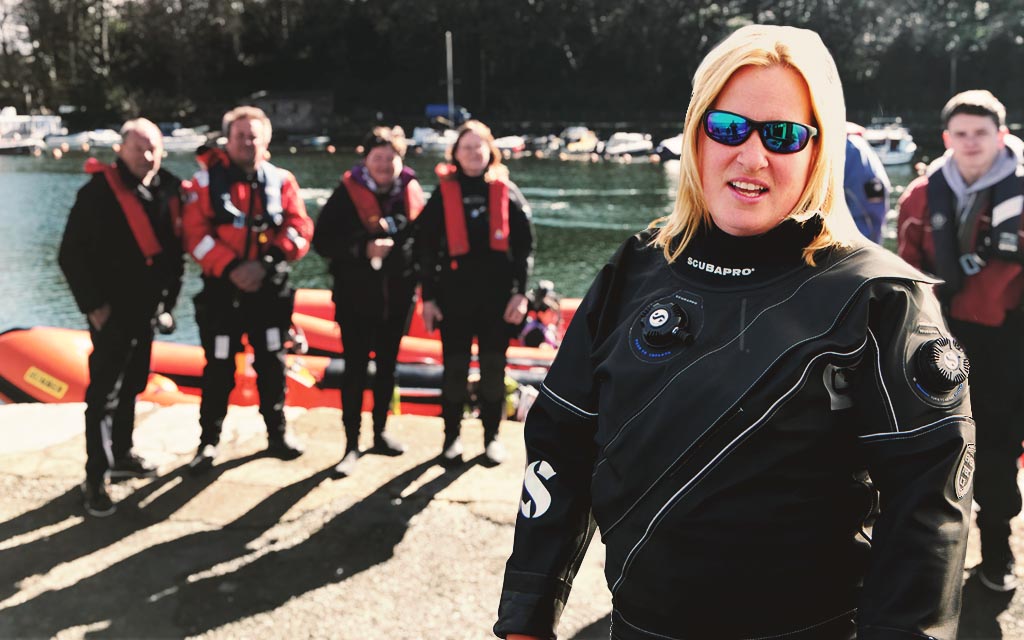 In her final piece for SCUBA, Michelle Haywood takes a look back at some of the gems she unearthed over a decade of columns...

A decade ago, BSAC decided to have its own in-house publication, and SCUBA was born. I’m not quite sure of the reasons why, but I was invited by the editor, Simon, to contribute a monthly column [all explained in this issue’s Editor’s Letter]. Initially, I wrote about the people I met and my experience running a dive charter operation. After a few years of that, Simon suggested a shift to writing something more scientific, playing on my background of being a research scientist. I’ll freely admit that, at first, I was reluctant. Any scientist knows that there are lots of other scientists who know more about any subject and I didn’t want to step on anyone’s toes.

I gradually realised that instead this was a brilliant opportunity to ask and answer those niggling ‘I wonder why…?’ questions. I have a list on my phone of ‘column ideas’ and as I’m interacting with divers and teaching diving, I jot down the ‘why’ questions and every month pick one question to answer. The result of which is that I now know an increasing number of bizarre facts that are almost totally useless for your average pub quiz! Looking back over the last few years, I’d like to share some of those facts. You too can have your memory banks filled up by diving science trivia.

Who knew that jellyfish are the most efficient swimmers of all time? They aren’t fast but by taking advantage of changing the pressure inside their bell, they manage to make the most progress for the least amount of energy. Sharks have a highly conductive jelly in little pits around their snout, which allows them to sense the earth’s magnetic field and navigate incredibly long distances. Octopus and cuttlefish change colour by stretching small balloons of coloured dye underneath their skin, and there are layers of different coloured balloons that can be synchronised to give rippling patterns. Comb jellies generate rainbow pulses of light due to refraction in their hair-like cilia and release eggs and sperm continuously through their mouths. The narwhal’s tusk is an overgrown canine tooth that can detect temperature, water pressure and salinity.

Periwinkles create a slime trail using a molecule similar to human snot which uses up to 60% of their energy, so they will follow another trail if possible. This slime behaves oddly, so as the snail puts pressure on it, it becomes increasingly free-flowing. Limpets use the same kind of slime trail to return to their home scar where the rock is etched so that their shell is a perfect fit. Many traditional suncreams contain chemicals that stop coral larvae from moving and forming a hard skeleton and thus contribute to damaging our coral reefs. A group of chemicals called PCBs accumulate in the fat stores within marine animals and can cause neurological defects as well as impair breeding in orcas.

Lobsters turn red when cooked because heat destroys a protein called crustacyanin, so that it can’t mask the colour of the red Astaxanthin. That’s the same colour molecule we see in cooked prawns and in flamingo feathers. Sea hares use chemicals from red algae to make their purple dye which irritates by blocking their antennules, and so sea-hares can escape being eaten. Puffer fish and blue-ringed octopus contain bacteria that produce a toxin called TTX which is remarkably poisonous and stops your nerves from maintaining your body.

Sleep deprivation caused by getting up stupidly early for a dive had similar dangers to getting everyone drunk by impairing performance, which is not what you need on the drive home after a day’s diving. Farting in a drysuit may help you stay warmer if you produce lots of methane, but the volumes aren’t usually high enough to flush out the air. Humans are so closely related to seals that we still have the same arrangement of bones in our arms as they do in their forelimbs. Repeated exposure to cold water can cause the bones in your ear to grow larger and reduce the size of your ear canal.

And there you have it. A little trip through the headlines of years of strange science related to diving columns. I’ve had a blast researching and writing these columns, but I’m off to new adventures. If anyone is interested, I still have a few questions left on my list that I’d like to know the answers to. I hope you never stop being in awe of the wonders of the marine world and wish you all safe diving.