The science of hagfish slime 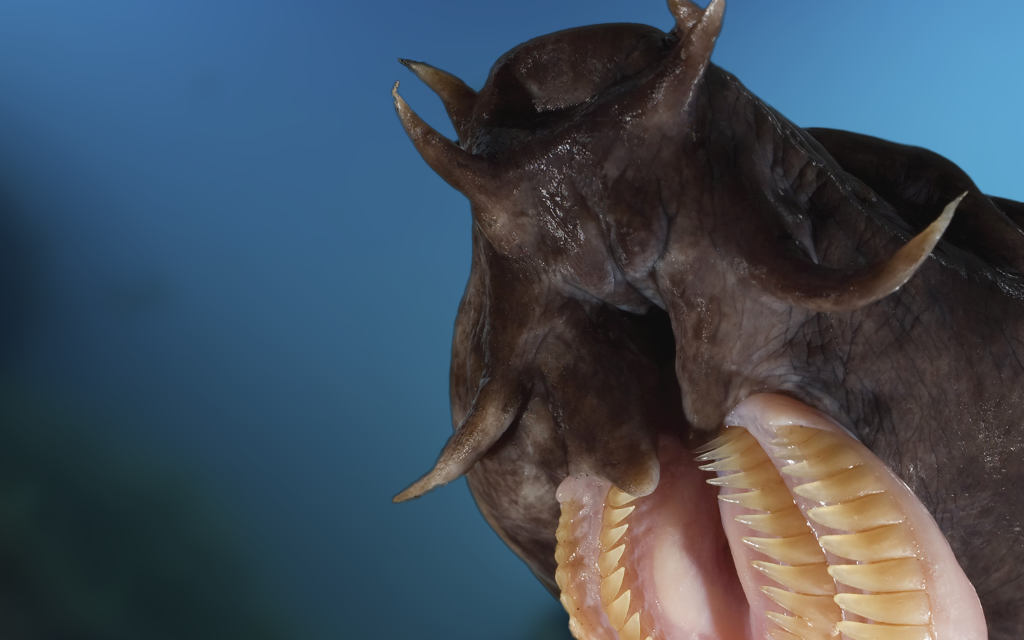 Michelle Haywood meets the hagfish, a creature out of a horror film that might just revolutionise tendon surgery and manufacturing industries

Let’s talk hags. Well, hagfish to be precise. In terms of their shape, they look like eels, but they lack spines (and jaws). Their pink-grey skin is loosely attached to the underlying tissues, which help it to avoid damage when attacked by a predator. As a shark bites down on a hagfish, the internal bits slide out of the way. It’s been estimated that you could add an extra 40% of body volume to a hagfish without stretching the skin. This makes the hagfish very hard to bite .but it has another trick in its repertoire... slime. Lots of slime.

Hagfish readily release copious amounts of slime seconds after they have been attacked. Remarkably, it only takes 0.04 grammes of mucus and protein to make a litre of slime. The slime is considerably softer than jelly. In fact, it almost looks like water until you put your hand in it. The protein threads form an effective mesh that traps water and mucus.

The protein threads give the slime its elasticity, the mucus makes it viscous. The hagfish has found a way of using very little material to trap large volumes of seawater in gooey mess that is hard to escape. This slime covers the gills of predators, impairing water flow and risking hypoxia. Most predators will learn to avoid them.

There are about 100 slime glands along the side of the hagfish. When provoked, these glands expel cells containing protein threads. Each thread is about 1/100th the width of a human hair and about 10-15cm long. These protein threads are cleverly coiled into the cytoplasm of the cell, using the nucleus of the cell as a spindle. All the protein threads within a cell twist in the same direction to prevent tangling, and there is a water-soluble protein that hold the twists of threads in place. The protein threads readily unravel when the cells are ejected into the seawater from the slime glands and rupture. The unravelling process is quick, but works even faster if the end of the protein molecule snags onto something, such as another thread or a predator.

If hagfish can release such huge volumes of slime, there’s a real risk that they too will become entangled in their own slime. To overcome this issue, hagfish can self-clean by tying themselves in a knot. They twist their heads into a knot around their body and then slide the knot along their body to wipe the slime off. How cool is that?

And the strangeness doesn’t stop there. Hagfish have no jaws, but feed by rasping at carcasses using the toothy cartilage in their mouths. And the self-knotting ability helps with feeding too. Once they have latched onto the carcass, they use the knot to leverage out the mouthful of meat. Even stranger still, they can absorb nutrients directly through their skin and gills. It’s thought that their skin is more effective at absorption than their intestine. The hagfish really is just a swimming gut that can sit inside a dead body and absorb nutrients. For divers the most likely place to encounter hagfish is South Korea, where they are considered a delicacy, marinated in sauce and barbequed. They are generally a deep (about 1,800 metres), cold water species that like soft seabeds that they can burrow into. You’re not likely to encounter one under Swanage Pier.

These ancient animals may have lots to teach science, indeed their slime may have a useful future. Farming them is difficult, requires lots of cold water and wouldn’t be financially viable. But learning how to make artificial hagfish fibres is already underway. You see, these fibres are stronger than spider silk and more flexible. Making artificial spider silk requires some harsh solvents but hagfish proteins need water only.

Incorporating these fibres into composites may replace the Kevlar in bulletproof vests and safety equipment, or add strength to materials like car parts without adding weight. They are even being explored as a way of making artificial tendon replacements for surgery. Who knew that an archaic, spineless, swimming gut could be so intriguing.