The colour of water 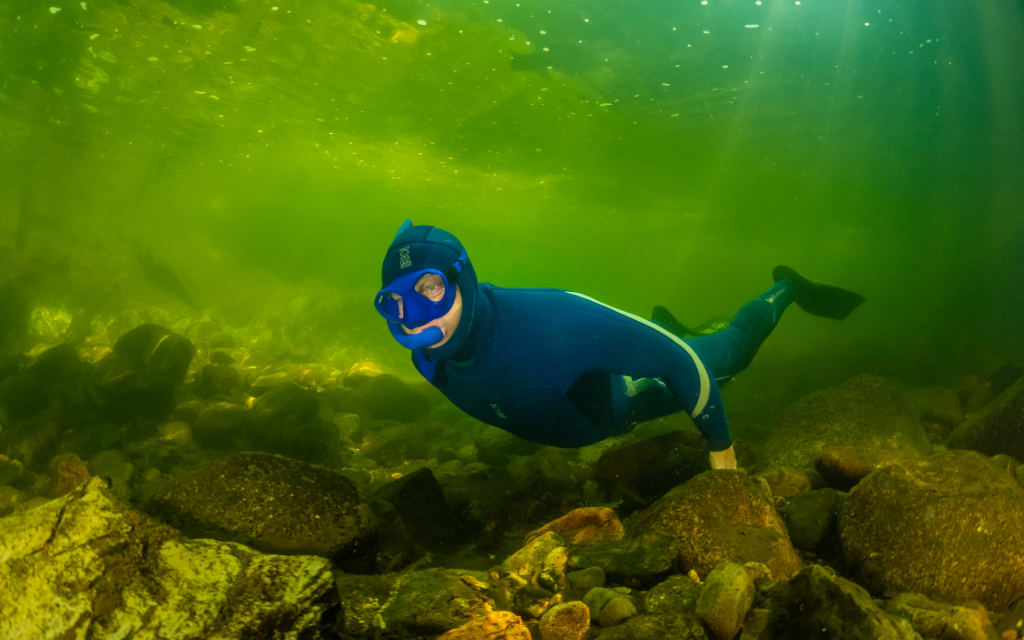 Andy Torbet considers the many factors that influence the way we perceive water colour, and what it tells us about the sea.

It’s been nine years since my Britain by Snorkel project and seven since I started writing this column. And in that time I have snorkelled the length and breadth of the United Kingdom. The variety in locations and sites are obvious – from wrecks to river to reefs to rapids, waterfalls and wildlife, cave and quarries – but there is another aspect to British waters that is constant in its vast variety. Colour.

Anyone who may have caught one of my talks on snorkelling and freediving will have heard me remark upon the spectrum of colours and shades I’ve witnessed over the years. Our incredibly varied landscape, weather, geology and wildlife all lend themselves to creating this pallet of rusty reds, lime greens, ice blues, burnt yellows and, to be fair, mud brown.

The absence of red

The first colour to be absorbed by water as we descend is red, and it’s the absence of the longer wavelengths of red light rather than the presence of blue that gives water its colour.

But pure water is clear. And when water is clear, its molecules absorb different colours of light with different effectiveness, absorbing those of a longer wavelength first. The first colour to be absorbed is red. With the removal or red the water appears blue; it’s actually the absence of red rather than the presence of blue that gives water its colour.

The more water there is before the light can bounce off the seabed the more light is absorbed, so the shade of blue will change with depth as red then orange then yellow then green is removed as we descend. However, British divers know all too acutely that water, at least the water we visit, is inherently impure and it’s never, ever clear. And it’s this mixture of animal, vegetable and mineral that gives the diversity of hues in the UK’s snorkel sites. 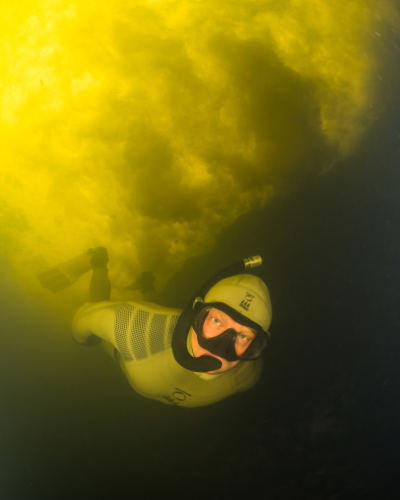 Colour in water can be caused by a number of factors, often with one being more dominant. The organic life in the water will alter its colour, the most impactful being phytoplankton or algae. Phytoplankton normally reflect green light and absorb blue and red, thereby causing the water to appear green.

As much as algal blooms can be a nuisance with the viz, on a global scale they absorb huge amounts of carbon dioxide and produce oxygen so help to heal the injuries currently inflicted by humans. Organic detritus, dissolved organic material from, for example, dead kelp or animal faeces, can inject yellows, brown and greens into the mix.

The inorganic elements mainly come from sediment and the colour of the seabed will change the perceived colour of the water. For instance, the sea over white sand looks a different colour over black rocks. Even the particles suspended in the water, driven up by wind, tide or upwellings, will alter how light is being reflected, and therefore the colour. This is why the same stretch of ocean will look a different colour before and after a storm.

I have witnessed sedate Scottish rivers whose golden tint of whiskey was influenced by the river-bed peat and the browns of a tumultuous Welsh waterfalls caused by the sediment being driven up by the constant flow. I, and others, have testified to the startling electric blue of the highest loch in Scotland, the reasons for which I’m unsure of but think it may be leaching of minerals from surrounding rocks. 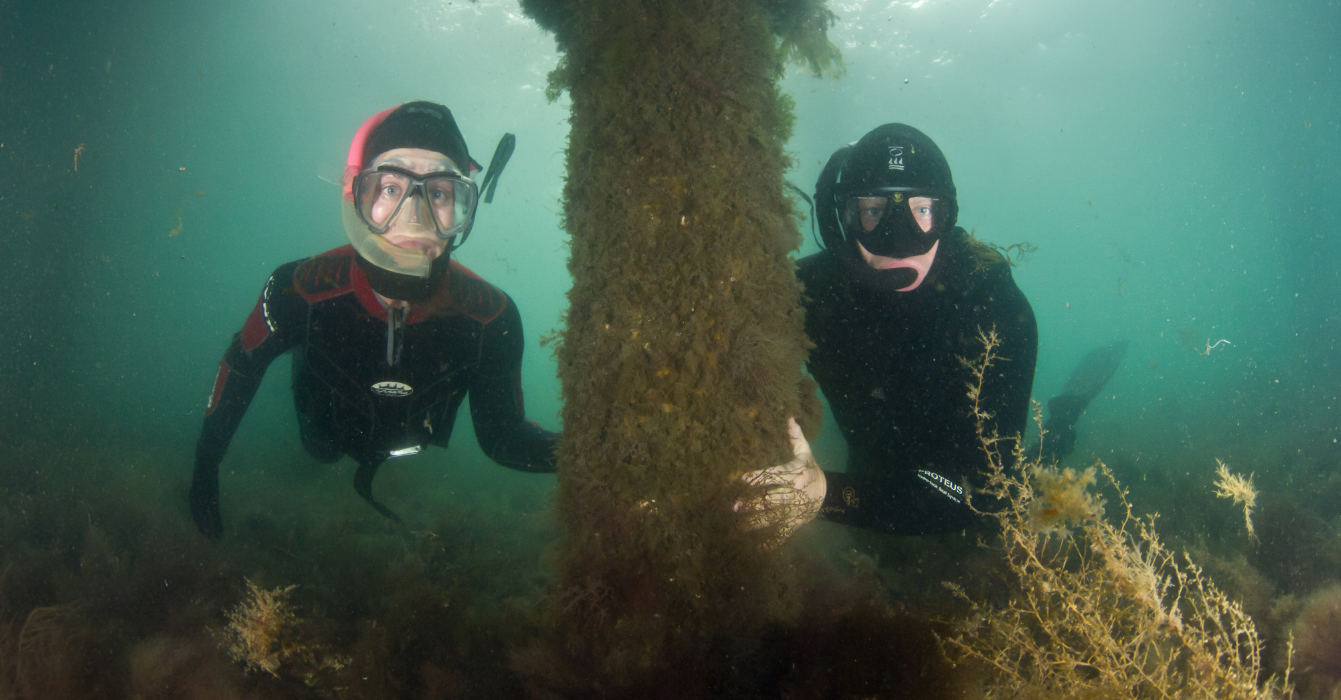 From Cornwall to Cape Wrath, from summer to winter, I’ve seen the intimidating greys and azure blues of the seas that surround our island nation. These many hues are influenced by organisms, living and dead, weather and tides, the geology of the seabed and also of the water that flows into it from the land. We usually look straight through the water when we snorkel or dive. But next time you take a dip, take a moment to consider the water itself.

Preparation for a return to diving and snorkelling

It is a common part of diving and snorkelling in the UK that we promote the need to get ready for an approaching diving season. Whether you have been out of the water for the winter or for a few years, this section will help you prepare to get back out there.