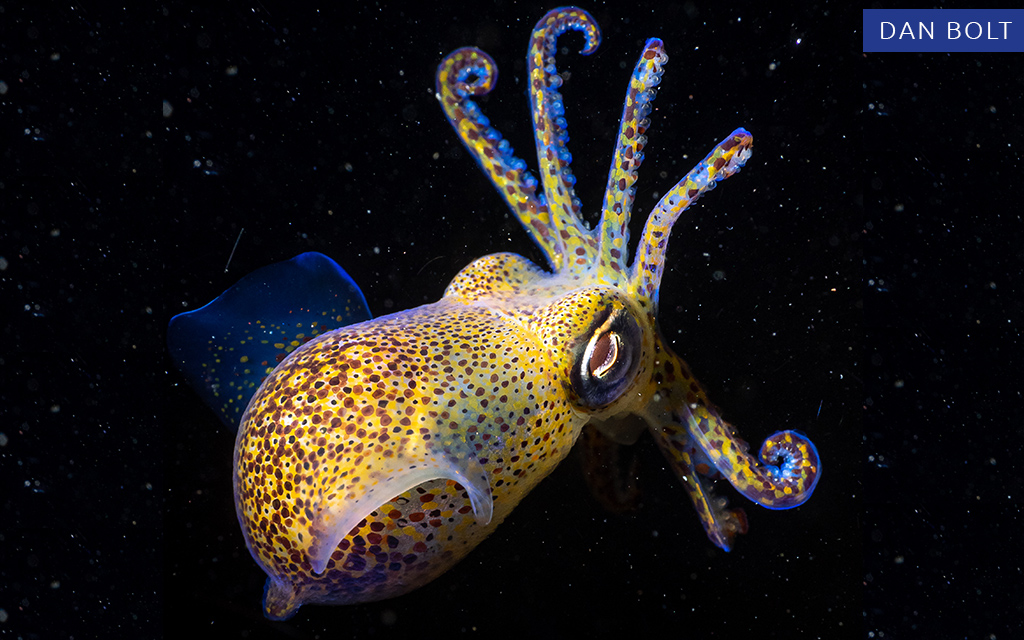 The winners of Torbay BSAC's annual Splash In underwater photo competition have been announced, with Dan Bolt's stunning photo of a little cuttle winning both the Macro and People's Choice first prize.

Twenty-five photographers took to the waters around Torbay for the day-long competition at the end of June, all bidding to win one of the competition categories - Beginner, Compact Camera, Macro and Wide-angle.

Splash In is organised by Torbay BSAC and is open to divers and snorkellers from across the South West Region. This year, Peter Rowlands, editor of Underwater Photography magazine, was the judge.

The winners were announced at a presentation dinner, with SCUBA contributor Dan Bolt scooping both the Macro and Wide-angle categories, as well as the overall 'People's Choice' award.

Club Chairman Nick McVernon said that since its launch, the competition was going from strength to strength.

The initial idea of Splash In was to promote Torbay BSAC as a club and to show just how impressive the local dive sites are as well as highlight the biodiversity to be found in Torbay.

The Torbay BSAC Splash In will return next year, with the date yet to be confirmed. For more information on Torbay Splash In, check out Torbay BSAC's website.