Return of the Ocean Giants 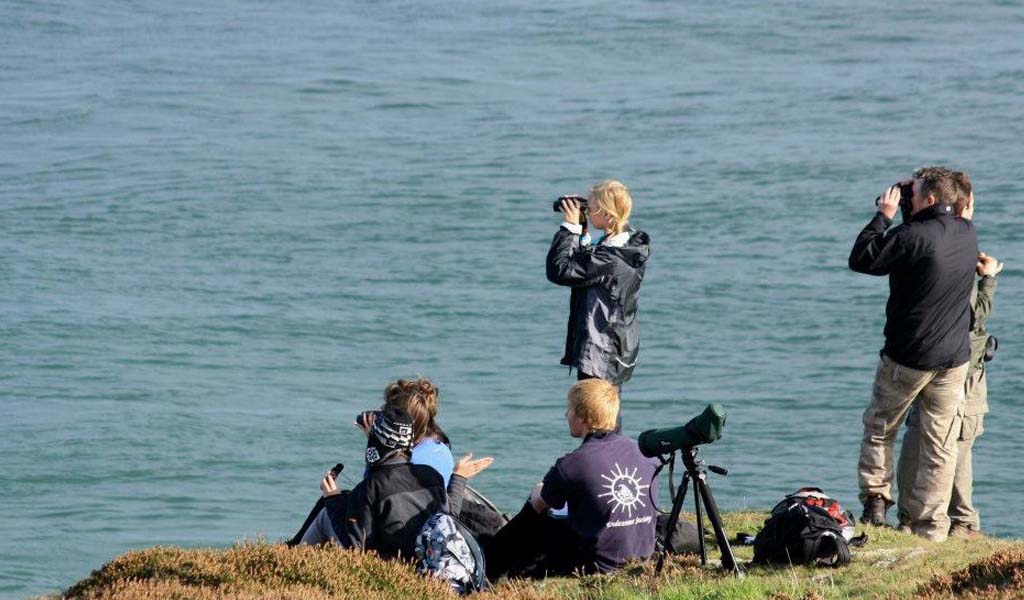 Sightings of humpback whales are increasing every year around the UK. Marine biologist Emily Cunningham has taken a scientific look at what’s going on with these gentle giants

Sitting in a car park with binoculars pressed to your face might be the start of a very different kind of tale, but for me this was the beginning of a journey of scientific discovery.

It’s January 2018, and an early alarm followed by a three-and-a-half hour hour drive has brought me to Pettycur Beach car park on the shores of the Firth of Forth on a decidedly dreich winter’s day. A humpback whale has been seen regularly from here over the past week and with great hope I am staring at the steely grey waves, between the rhythmic swish of windscreen wipers.

I’ve been staring at those steely grey waves for four hours now and I’m losing optimism by the minute. I check my phone for any new sightings, courtesy of the Forth Marine Mammals group on Facebook. It’s on this friendly Facebook group that I found out where to watch from, with all information shared by local volunteers keen to help others spot their leviathan visitors. No new updates, so I accept defeat… it’s a long drive home and I’ve got work tomorrow.

The rain has abated slightly, so I jump out for a breath of fresh air before my journey. A couple of folks are standing at the far end of the car park, binoculars pressed to their faces. I find out that it is Ronnie, one of the Forth Marine Mammals group’s founders, and Charlotte, one of the members.

“It’s over there.” Charlotte says casually, her binoculars pointing towards the Edinburgh shore. My heart begins to race. “Where?” I stutter, scanning wildly in the general direction of her eyes. As she begins to describe where to look, it turns out that by sheer luck I’ve pointed my binoculars at the right patch of grey; as out of the waves comes the unmistakeable bulk of a humpback whale. “I’ve seen it,” flies out of my mouth and I jump up and down, the excitement coursing through me like electricity. I am lucky enough to see the whale surface to breathe a few times, the characteristic hump of its back and the stubby dorsal fin in stark contrast to the sharp spires and towers of Edinburgh beyond.

I’ve seen humpback whales in Canada, but nothing compares to the joy of seeing such magnificent wildlife in your own country. Sightings of humpback whales are increasing in UK seas, and the Firth of Forth is emerging as a winter hotspot for these 16-metrelong, 35-tonne ocean giants. Until 2017, humpback whales had only been  recorded a handful of times in the Firthof Forth over the past century – now they are seen every winter on a regular basis. Chatting to Ronnie and Charlotte in the drizzly car park piqued my scientific interest and my mind raced for the whole drive home. Why have the whales come back all of a sudden? Why are they visiting the Firth of Forth? Why only in winter?

Humpback whales are ocean wanderers, well known to undertake vast migrations between their tropical breeding grounds and the cold waters in which they feed. The humpback whales that we see around the UK are part of the eastern North Atlantic population; they spend the summer and autumn feeding in the cool, rich waters around Iceland and Norway before migrating thousands of miles to breed in the Caribbean or Cape Verde (an archipelago off the west coast of Africa). However, the specifics of exactly where our visitors were coming from in those chilly seas further north remained a mystery.

Back at my desk I made contact with an old university friend, Katie O’Neil, also a member of the Forth Marine Mammals group, and Daniel Moore, a  fellow marine biologist, and together we began to look at all of the sightings information that whale watchers had added on the Facebook group, piecing together a timeline of whale sightings over the winters of 2017 and 2018.

Many local photographers had captured and shared photos of the whales’ tails – the underside of which are individually recognisable using the unique pattern of markings there – and we used these photos to work out how many individuals had been seen and on which dates.

A photo of Fa fluke taken in Firth of Forth (Scotland), photo by Sandy Morrison 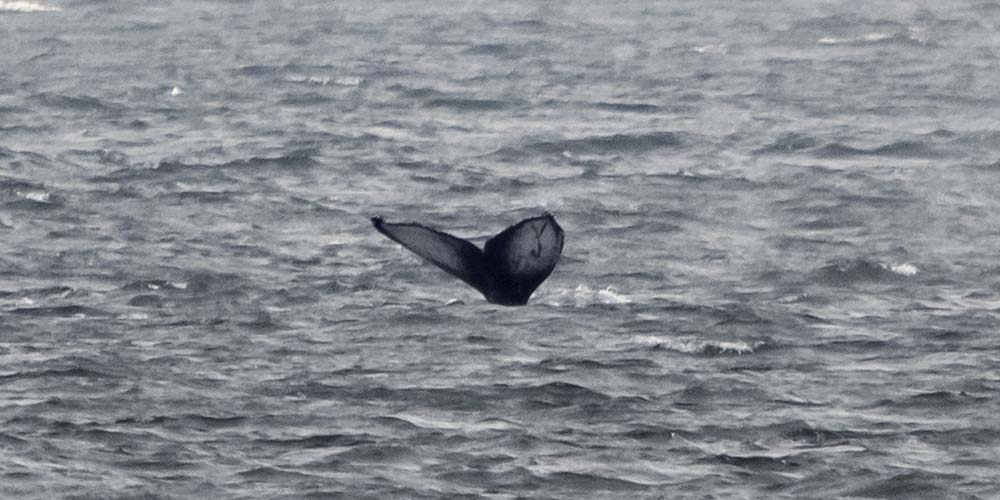 Using these unique markings, we can try to ‘match’ the photos of our whales to catalogues of identified whales from across the North Atlantic. I checked in with all of the established humpback whale catalogues, but our whales weren’t in them. In the meantime, one of the local volunteers, Lyndsay, began to search online for any non-catalogued whales, trawling the internet for snaps of whale tails.

After many hours of searching, Lyndsay found a photo of one of our whales, an individual with a distinctive Y-shaped marking on his tail, that the group had nicknamed “VYking”. VYking had been photographed the previous summer (July 2017) off Svalbard, a Norwegian archipelago in the high Arctic, 2,600km north of the Firth of Forth.

Lyndsay’s match, the first ever of a UK whale to its Arctic feeding grounds, together with the information collected by all the citizen scientists of the Forth Marine Mammals group, allowed us to build up a picture of what was happening. Our collaborative research suggests thatUK seas may act as a ‘service station’ for migrating humpback whales, offering them a place to rest and feed on the long journey south to their tropical breeding grounds.

As we don’t know whether the whalesvisiting the Firth of Forth are sexuall mature or not, an alternative explanation for their visit may be that these are teenage (juvenile) whales that have no need to make the full migration to the breeding grounds and so spend the winter months feeding in UK seas before  swimming back north to the Arctic come springtime.

I’m still left with questions. The biggest is why have they appeared in Scotland all of a sudden? Humpback whale sightingsare not just increasing in Scotland, in August a humpback whale was spotted near Penzance in Cornwall, and they’ve been seen in the last few years around the diving hotspot the Farne Islands, off the Northumbrian coast. As this issue of SCUBA was being edited, a humpback was seen in the Thames estuary, where it is believed to have subsequently died. More questions are raised than answered by these sightings.

The optimist in me hopes that this is a sign of a recovering whale population. Humpback whale populations across the world have been decimated by commercial whaling in the recent past, but most areas are now showing signs of bouncing back. Unfortunately, we don’t have enough evidence to say for certain that this is happening in the eastern North Atlantic population.

These changes in behaviour could also be a sign of less happy news, perhaps a shift in where they spend the winter as a result of changing conditions further north. Either way, further research in to the habits and movements of these magnificent creatures is needed.