Summary of the current guidance for divers from the Marine Management Organisation (MMO).

The lack of clarity around the issue of ‘ghost fishing’ was the topic of discussion at a recent meeting with the Marine Management Organisation.

The MMO met with BSAC, Ghost Fishing UK, the Global Ghost Gear Initiative and Fourth Element to review and clarify the rules for removing lost, abandoned and discarded fishing gear from UK waters.

The group is now working to make the guidance and licence requirements on retrieving fishing gear much clearer for divers.

In the meantime, BSAC wants to remind divers and members of the current guidance and what it means to them. BSAC’s Underwater Heritage Adviser, Jane Maddocks, reports: 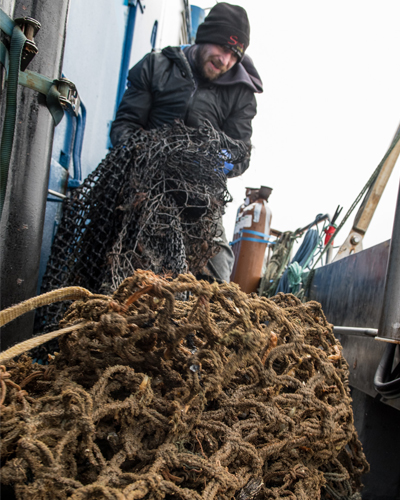 The term ‘ghost fishing’ refers to the retrieval of lost, abandoned and discarded fishing gear (including nets, lobster post, lead and fishing line).

There has been a lot of publicity recently about removing ghost nets and other nets from wrecks and reefs. The MMO has published a short rationale on its website: ’Why do I need a licence to remove lost, abandoned or discarded fishing gear from the seabed?’

Here’s a summary of the MMO’s current guidance in relation to retrieving fishing gear:

You can retrieve any material, including fishing gear, nets, wreck, litter, or lost property, without a licence if it has been on the bottom for less than a year. (It is impossible for anyone to prove, without extensive further research, that a net has been down for over a year, so the best current advice is to check social media and other media outlets to make sure no-one has mentioned, filmed or photographed the net you want to recover outside the one-year time frame.)

It is also important to recognise that removing ghost nets can be dangerous. It can be dangerous for us as divers, and if we get too enthusiastic, and a bit careless, it could do some harm to the seabed or the wreck it is caught up on. Divers should get advice from one of the organisations that specialise in ghost net removal.

If you want to remove ‘ghost fishing’ or any other material that has been on the bottom in English waters for over a year, the MMO has created a fast-track self-service licence application route. This is good news, as it is less complex and means far less form filling, provided the retrieved item ticks all the boxes for the self-service criteria. It will cost you £50 but this is a great improvement on the old fee of at least £175. 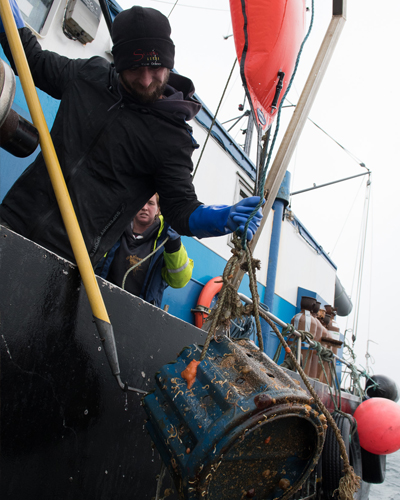 Please note: If the net has been down for over a year and is on a wreck in English territorial waters, you will also need to have Historic England ‘s confirmation that your plan is a good one. Currently, Historic England is developing guidance to divers about what they would need to sign your plan off. They hope this will be ready in Spring 2018.

Scotland, Wales and Northern Ireland have their own licensing requirements and should be contacted separately.

Read more on Marine licensing guidance for divers in England. Further information and guidance on the retrieval of ‘ghost fishing’ material will be released as we get it.