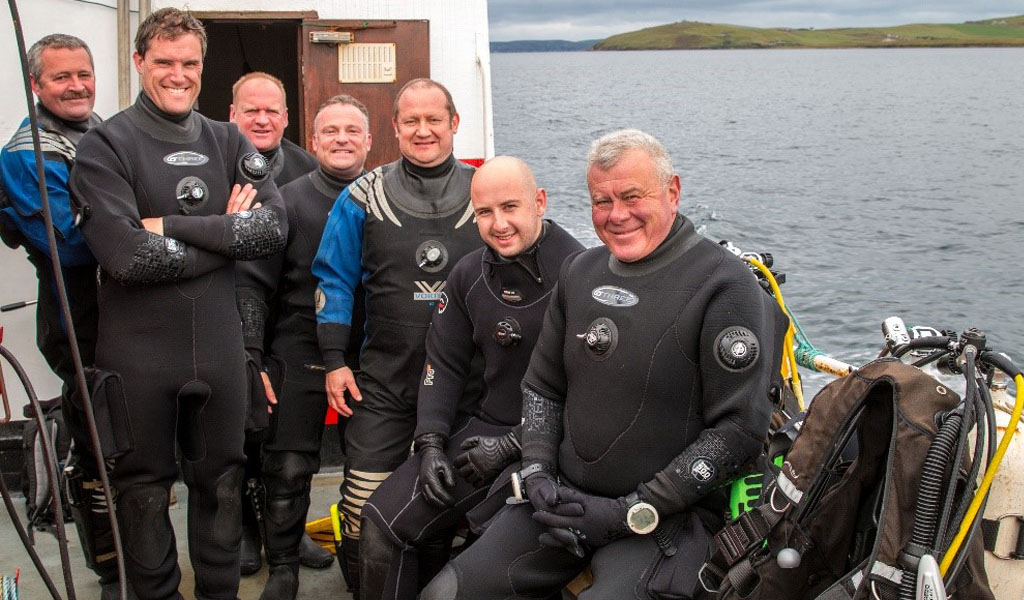 Congratulations to RAF Lossiemouth on winning this year’s Heinke Trophy. It is the first services branch in the history of the Trophy to be awarded BSAC’s premier award, a fantastic achievement.

The Heinke Trophy is awarded each year to the Branch which has done the most to further the interests of its members and BSAC.

RAF Lossiemouth is the 56th winner of the Heinke Trophy since it was launched in 1958, the Heinke adjudicators were impressed by the entry. In particular:

For the club to get into the excellent position it is in at the moment, there has been a huge amount of work put in by the club members, over a large number of years, if not decades. Whether that work has been in delivering training, organising expeds, kit maintenance, or just the 'invisible admin fairy' working behind the scenes, it has been a massive team effort. I think winning the trophy has been seen as recognition and appreciation of this effort.

RAF Lossiemouth Sub-Aqua Club will now receive £1,000 and will be presented with the Heinke Trophy

More information on the Heinke Trophy.

Speaking on behalf of the Adjudicators Phil Harrison said:

The Heinke Trophy is open to BSAC Branches of all sizes – UK-based and overseas, with a long history or very new. It’s a fantastic way to put the spotlight on your achievements over the past year and, showcase the impact you are having on the enjoyment of recreational diving.

Start a club today and receive a wealth of free support so your new club can thrive.

Divers of any agency can do this (no need to retrain) and immediately gain from the benefits such as insurance, free marketing materials/support and access to exclusive deals saving divers £100s. Want a chat first?  Call us on 0151 350 6201 (Mon - Fri, 9 - 5:30) or email membership@bsac.com.