Practical Rescue Management, in a storm

I always like to get a mixed team of instructors together for a Practical Rescue Management (PRM) course, so that their combined experience can help the participants to concentrate on the important bits. This February, I gathered four instructors and a local experienced dive boat skipper, Nigel Hodge of Cornish Fishing and Diving, for an event.

The assembled instructors used their personal experience to give a strong sense of realism to the classroom lectures at Seaways Dive Centre (in Penryn, Cornwall). Then we found ourselves doing the practical exercises in Mylor Yacht Harbour in the middle of recent storm Ciara. The conditions were too rough to put to sea, so we kept the boat tied up and used the pontoons for the initial rope throwing and recovery from water skills.

We continued with two demonstrations onboard the boat, given by the instructor team. The boat has two options for boarding casualties: a door where the freeboard is around a metre from the waterline; and a diver lift, a common sight now on dive boats around our coasts. The first demo was in slow motion with a commentary on the actions team members were taking, together with the Rescue Manager’s reasoning. This was followed by a demo in real time to inject a sense of urgency. This is when we started to involve the students (without warning them), which helped them to get over any shyness.

After that, everyone took turns at being the Dive Manager, using others on the boat as their team. The message we drove home throughout was to use the same basic process to guide the actions taken. This is where the reality sets in and we debriefed each session as constructively as possible, using that as the starting point for the next exercise.

As the exercises went on, the reality and difficulties of a rescue situation became apparent to everyone. You have to have someone to: keep the skipper informed; make sure that any rescue swimmer is safely equipped before dispatching them; look after other divers in the water; prepare the oxygen kit; ride the diver lift down to support the casualty; be ready to help drag the casualty off the lift; keep the airway open; de-kit the casualty; start a casualty assessment; all while clearing the decks of clutter and delivering cardiopulmonary resuscitation. 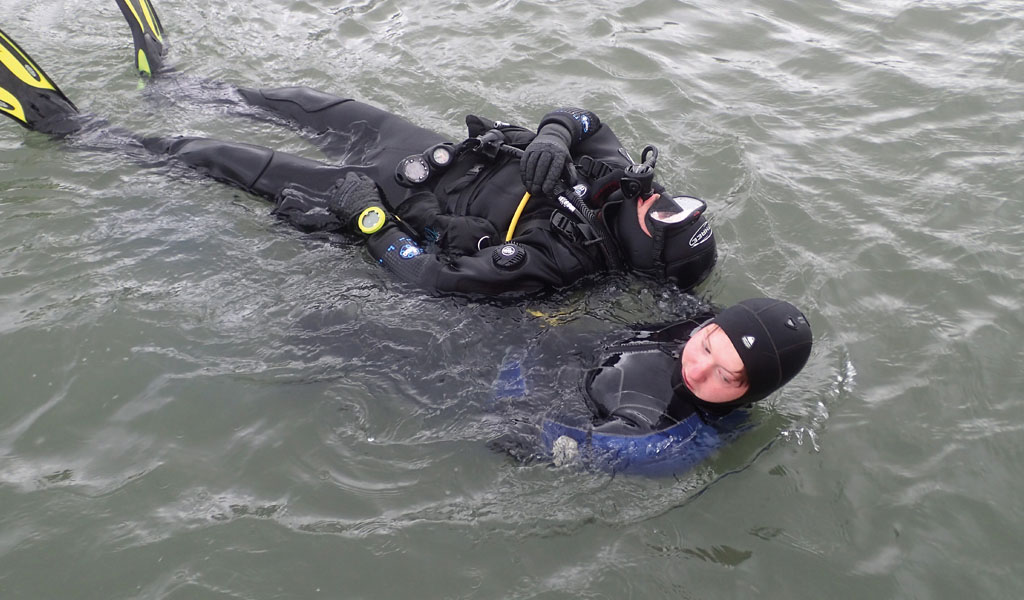 We asked the students:

The conclusions were fairly obvious to everyone:

Find out more about the Practical Rescue Management course or find a course near you.

This Learning Curve article was originally published in SCUBA magazine, Issue 102 May 2020.

On this course, you'll be safely exposed to realistic diving incidents and develop your rescue-management skills. Open to anyone who has completed the BSAC Sports Diver course (or equivalent certification from another recognised training agency).

Find a scheduled Practical Rescue Management Course near you.