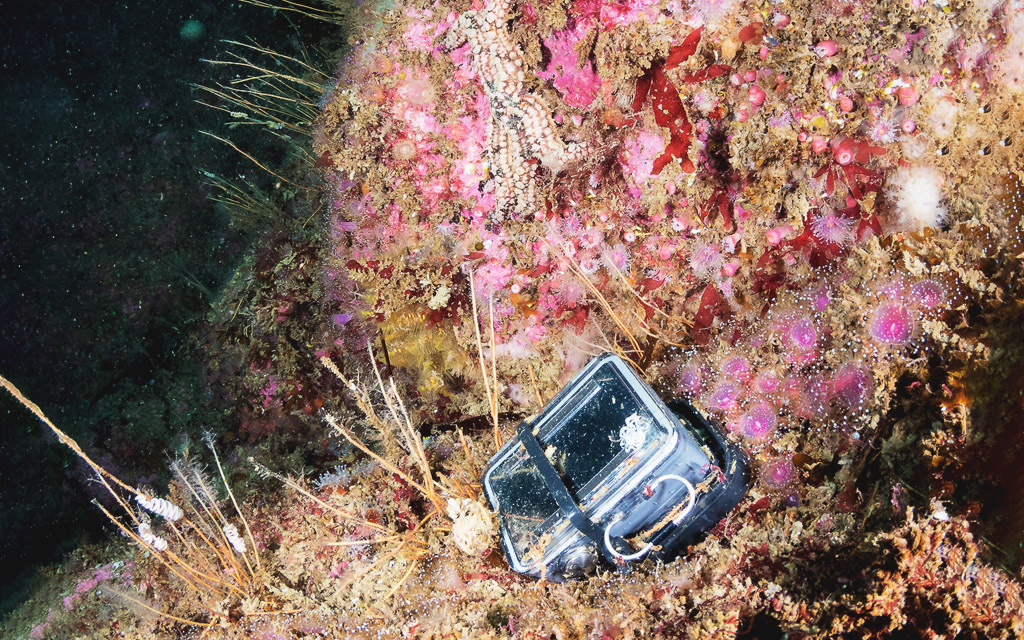 Kirsty Andrews has a habit of finding the submerged property of her fellow divers. She delights in reuniting people with their objects of desire.

Ascending from the depths of a beautiful pinnacle to the south of Eddystone lighthouse, some 14 miles from Plymouth, I recently happened upon some buried treasure. Well, it wasn’t exactly buried, more lightly resting on a gently sloping reef, nestled between jewel anemones. And some might not necessarily call it treasure, but I was excited. A GoPro! I quickly shoved it in my pocket and promptly forgot about it.

Back on the boat, my dive team was in two minds as to what to do with this miraculously recovered object. Some remarked that it would be a pleasing addition to my admittedly already well-stocked armoury of underwater photography equipment.

Others more generously suggested it might be possible to find the owner somehow. I tended to side with the second group. I mean, a girl can have too much equipm–… no that wasn’t it at all, but I liked the idea of the challenge of finding the owner, not to mention the karma.

Finding the owner of lost kit

The GoPro seemed none the worse for wear for its watery abandonment and switched on with no trouble. There were no clues as to ownership other than some previous footage with blurry portraits of buddies and some wreckage which we had fun trying to ID. My apologies to the nudibranch who had chosen the casing as a suitable spot to lay its eggs; I’m afraid these were innocent victims of the recovery.

In the end, it was remarkably easy to effect a reunion, thanks to social media. It may be the curse of modern times, but for bringing groups of like-minded folk together and finding lost GoPro owners, it really comes into its own. It was hardly a challenge, to be honest: it took less than an hour from me posting in a few likely groups for the owner to identify himself and the GoPro has now left my charge - easy come, easy go.

This wasn’t the first time I’ve claimed goodies from the sea. I’ve probably lost track of the precise details, but would certainly register in my historic haul a couple of torches, a mask or two, and at least a handful of snorkels. Indeed, this wasn’t even my first Go Pro - although the first time barely counted as it slowly drifted down past my eyes on my descent; another diver had jumped in after me with it on his head and it, well, wasn’t on his head for long.

Sadly, I have also sacrificed the occasional item to Neptune myself. I was most annoyed to have lost a weight pocket on jumping into the water last year, but then miraculously two dives later I found someone else’s weight pocket on the reef, and managed to enact a swap! What are the chances?

There’s a lesson here, well in fact a few, the first one being a note to self to take more care in hanging on to equipment! Carabiners, bolt snaps, double-ended bolt snaps, cable-ties, plastic toggles are our friends.

Another is, if you are misfortunate enough to lose an item, have you aided any selfless retriever of gear in identifying you? If it’s a camera, you can put your contact details in the electronic metadata, or on the first photograph on a memory card – that would be very organised. For other bits of kit, maybe a name or contact number in good old-fashioned indelible ink or a sticker; they could come in handy someday.