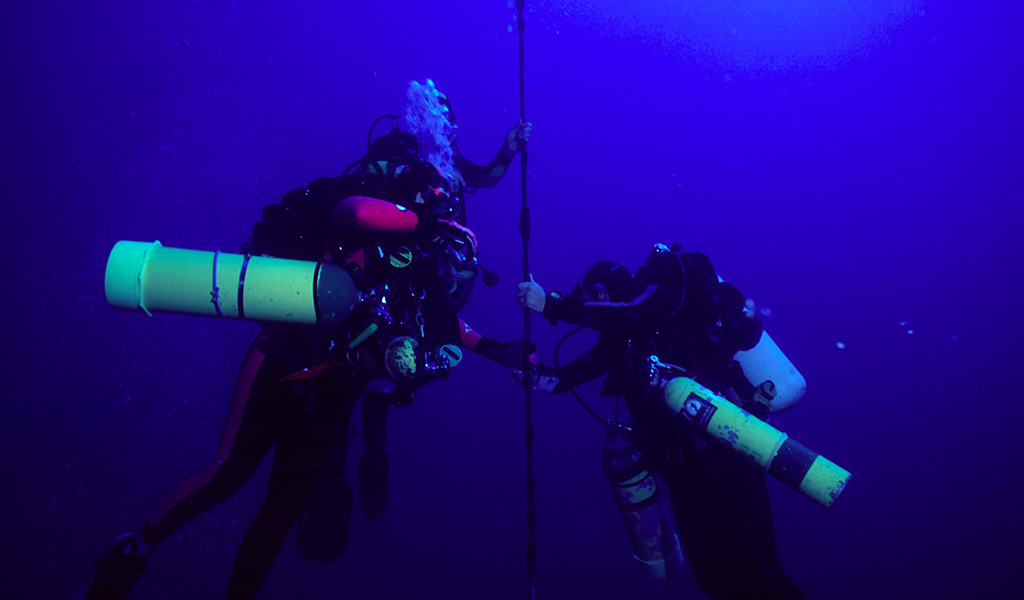 The new tables were aligned with findings from research conducted by Gavin Anthony and Professor Simon Mitchell that were presented in 2015 in a paper entitled Respiratory physiology of rebreather diving.

Gas density is now recognised as a key factor when considering gas mixtures for deeper dives, so it is important that this understanding is incorporated into BSAC training and procedures.  The changes to the gas mixture recommendations for open-circuit diving are a significant part of this which should help divers choose to breathe an appropriate gas for their dive.

So what is gas density and why is it important for divers?

Gas density is a measure of mass per unit volume, measured in grams per litre (g/l). The deeper you go the density of the air you breathe increases. A high gas density means a given volume of gas weighs more and takes more effort to move, resulting in increased work of breathing (WOB).

Gas density is why WOB increases as we go deeper, and increased WOB, in turn, predisposes divers to CO2 retention. It is increasingly accepted that elevated breathing gas densities are dangerous and may well be implicated in exacerbating a range of diving ailments including not only CO2 retention but also O2 toxicity, nitrogen narcosis, decompression illness and immersion pulmonary oedema. Furthermore, elevated gas densities can impair the performance of breathing equipment such as regulators and rebreathers.

BSAC’s gas density tables are intended to support planning for safer deeper diving (> 40 metres) and are based on increased knowledge and understanding over recent years of the importance of gas density when breathing gases under pressure.

What are the tables exactly?

Traditionally BSAC has established recommended gases for diving based upon the partial pressure of oxygen (PO2) and equivalent narcotic depth (END).

However, gas planning should no longer be governed by the END but instead by:

The new BSAC gas density tables show gas densities and END values for depth increments of 5 metres from 35 metres down to 130 metres.

You can view the gas density tables and recommendations online.

Please contact the Diver Resources Team with any questions, comments or feedback. They are available at drt@bsac.com or on 0151 350 6203.

For more advice and support on technical diving, from finding out if tech diving is for you, to CCR and open-circuit courses and safety information, visit the technical diving support section