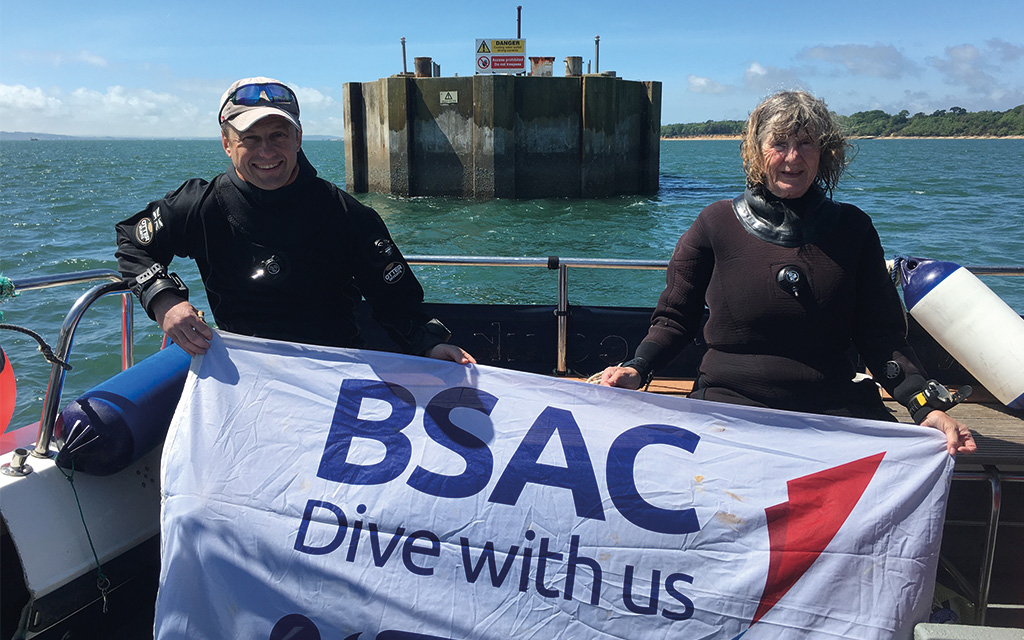 BSAC’s flagship environment project, Operation Oyster, has teamed up with scientists from the MARINEFF project to help protect marine life in the cross-channel coastal waters.

The MARINEFF Project (Marine Infrastructure Effects) is a collaboration between France and the UK with the goal of developing coastal infrastructure to enhance and protect the ecological status of cross-channel coastal waters.

This initiative has now provided an opportunity for Operation Oyster – BSAC’s drive to help protect and restore the UK’s native oyster beds – to get involved.

Over the past 200 years, the UK native oyster (Ostrea edulis) has seen a 95% drop in population due to overfishing, disease, pollution, and habitat loss. Operation Oyster aims to engage BSAC members, divers and snorkellers in helping to rehabilitate the UK’s vulnerable native oyster beds through a series of monitoring programmes and expeditions.

Andy Hunt, BSAC Operation Oyster lead, and BSAC Underwater Heritage Advisor, Jane Maddocks were invited by Dr Ken Collins from the University of Southampton to dive off Wight Spirit and survey an existing oyster reef restoration project that is located off Calshot in the Solent.

The site comprises some 20 specially designed reef prisms each seeded with adult oysters with the plan that they re-produce and help build a new native oyster reef. During the dive, Andy also scanned one of the reef cubes using photogrammetry to create a 3D model.

Andy said that despite the site being shallow and tide swept, the divers enjoyed decent visibility.

“During the survey dive, there was plenty to see and log for BSAC Operation oyster, with examples of native and non-native oysters, competing species and oyster predators.

“There was also a little excitement when evidence of juvenile native oysters was found so we hope to visit the site again in the future.”

Other sites around the Solent are scheduled to be visited by diving expeditions in support of BSAC Operation Oyster in April and August, on which there are still a few spaces. Contact info@vestisexpeditions.co.uk

For more information on Operation Oyster and how you and your club can get involved,
go to www.bsac.com/operationoyster

Divers and snorkellers are encouraged to incorporate oyster data gathering into their regular diving and club activities throughout the year. For more information on Operation Oyster, future expeditions, and how you can record your findings, go to: