Bonfire of the oddities 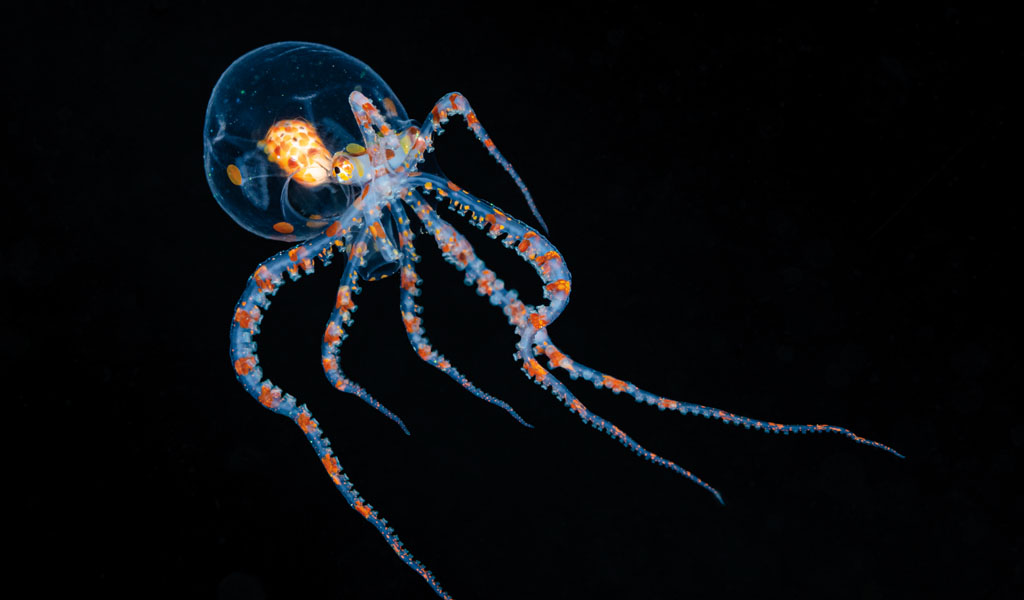 With a burning desire to photograph strange critters, Kirsty Andrews embarks on a different kind of night dive.

I read with interest Scott Tuason’s feature in SCUBA last year about black water diving - he’s been one of the trail-blazers of blackwater and I always look out for his photos online for that ‘wow’ factor [see Travel Special, SCUBA Issue 96, November 2019].

Black water was top of my list to try last year, and I was lucky enough to get a few opportunities in a couple of cool locations and to see some fab beasties. I’ve always been a big proponent of night diving generally, and this just seemed to be taking that to its next level. At night you can see different animals and different behaviours and in the inky darkness, there is an extra frisson of excitement at what wonders might be revealed in the torch beams.

‘Black water diving’, for a quick recap, involves drift diving at night, preferably at or near new moon, over an area of deep water. During the night, a massive migration happens where animals move from deep water to the surface to feed. A weighted buoy set-up is used, where bright lights are suspended to attract some of these animals. Divers are usually tethered in some way to the buoy line, and then it’s a question of waiting to see what turns up. This could be anything from crazy-shaped salps and jellies to passing groups of squid, to weird and wonderful-looking larval forms of familiar reef creatures. Sometimes, you can see animals you’ve never even imagined, let alone seen before. The idea that you just don’t know what could turn up is a completely thrilling one for me.

Some people are so into black water diving now that there are specialist weeks where you can travel to the tropics and just do two or three dives at night, every night. I’m tempted by this if only because a nocturnal trip might stave off the otherwise inevitable jetlag. Of course, the prospect of hanging out over hundreds of metres of water in the pitch blackness, miles out to sea and waiting to see what turns up, isn’t for everyone. If you’re more of a cautious disposition and prefer the idea of seeing the seafloor when you dive, then bonfire diving might be the option for you.

Bonfire diving is similar to black water in that it involves the use of bright lights at night, ideally placed near an area of deep water and also when there is little moonlight. The difference is that the lights are placed on the seafloor, at around 15m or so, and the divers can arrange themselves around these, using the seabed as a visual reference when needed. It’s called bonfire diving because the tiny animals are attracted to the lights like moths to a flame and the visual effect of their surrounding the light resembles a blazing bonfire.

I had some great successes in bonfire diving and on one occasion in the Lembeh Strait I was lucky enough to see three separate types of larval octopus: coconut, long-armed and the star of the show, a young wonderpus. In general, I would say the quality, quantity and variety of what I saw didn’t differ materially from the black water dives I did. So if you fancy giving this new type of diving a go, maybe a night-time bonfire experience is a tempting place to start.