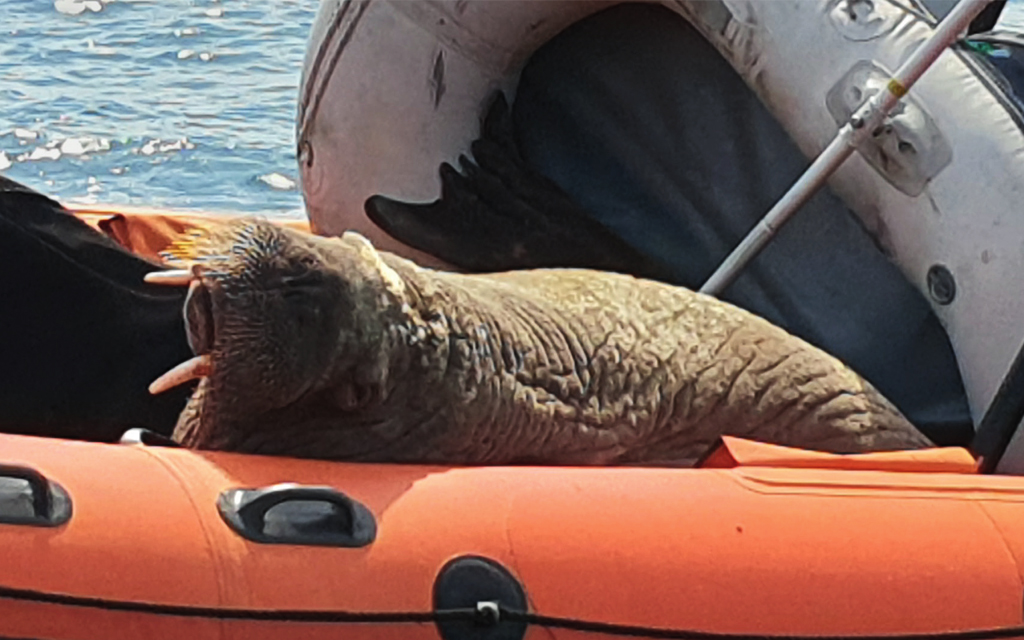 Yo-Han Cha visited the polar escapee known as Wally the Walrus while on a summer dive trip to the Isles of Scilly.

There’s usually a disconnect between the news and real life. I read or watch the news with varying degrees of interest, but seldom do I get the chance of witnessing it first-hand. I first read about Wally the Walrus when he first popped up in Ireland. Between work and the Euros (Yes sir, I can boogie!) I had missed his Welsh and Spanish stopovers and the next thing I knew he was in France, probably to try some of those Breton crepes.

Just as my dive club and I were about to embark on a much-anticipated pandemic-delayed trip to the Scillies, I noticed that he had been sighted there, but on a different island to the one we were staying at. We joked about the possibility of seeing a walrus underwater and how scared we’d be to come face-to-face with Wally truly in his element, tusks gleaming as he advanced on us.

I’d still have tried to get a photo, but I’d have needed to wash out the inside of my drysuit afterwards!

Then on the third morning of the trip, I noticed that a couple of my fellow divers weren’t kitting-up as usual, but were staring into the harbour with a pair of binoculars. I asked what they were looking at, “On the orange RHIB – Wally!” Cue everyone delaying their dive preparations to take some long-distance paparazzi snaps of Wally on their phones.

Tides don’t wait for walruses so Dave McBride, our skipper, prised us away from our paparazzi duties. But while we were on our first dive, the harbour authorities decided to tow Wally out of the harbour and tied the orange RIB to a buoy just outside of it. We then spent a lovely surface interval Wally watching, taking care not to disturb him.

Wally chose to remain in the orange RHIB until our last day on the Scillies, where, after upturning some smaller boats, he decided to lay up on the ambulance boat. His presence was the subject of numerous discussions, especially as he remained on the same orange RIB for four days. What’s he doing here? Did he just get lost? How will he get back home? Why is he not moving? Is he wedged in? Should they let down one of the tubes to help him out? Does he need help? Will he starve to death? Is there enough food for him in the seas around the Scillies?

Some of our queries were answered when Dave made a call to British Divers Marine Life Rescue and was assured that walruses can lay up for three or four days at a time and not to worry. 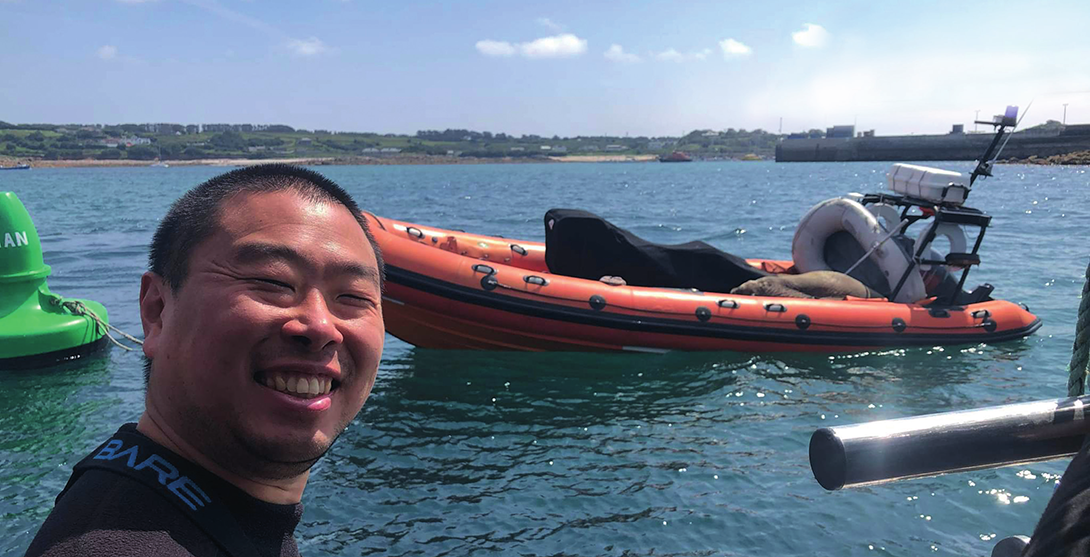 A cheerful selfie with the infamous Wally, resting peacefully on an orange RHIB.

At the time of writing, he’s still wreaking havoc in the Scillies, sinking and damaging the little inflatables yacht owners use to get to their vessels. Understandably, the authorities are trying to think of ways of moving him on. [As of 22nd September, Wally was confirmed to have arrived in Iceland, seemingly on his way back to colder climes!]

But, as exciting as it was to see a walrus in the wild, why is he so far south from home? Is there an environmental reason, or is this just a one-off, navigationally challenged walrus? Perhaps he has adapted to local food sources, and has grown fond of Scillonian scallops.

Wally, whatever the reason for your inflatable-stabbing visit, I hope you find your way home safe and well.

I’m interested in doing a Try Dive (taster session), help me get started