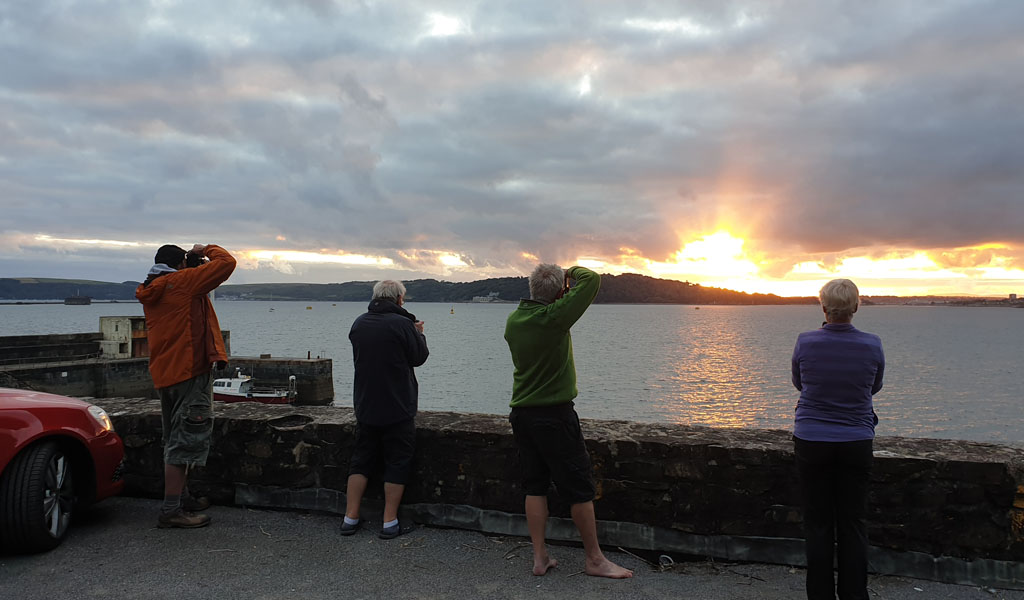 With his northern background, Yo-Han Cha had never even heard of Fort Bovisand until he joined a club trip to the place some still describe as the ‘spiritual home of UK diving’.

A Facebook notification pops up on my club’s page, “Anyone fancy a weekend of diving at Fort Bovisand? First come first served.” I’d never heard of Fort Bovisand. A quick Google search showed a Napoleonic era fort, by Plymouth, which, now that I’ve relocated down south, it’s within easy driving distance. And I’m free. I reply to the post saying that I can come and I’m booked on. Easy as that.

An email was sent out nearer the time with details of what the weather forecast is for the weekend (meant to be excellent); ropes-off times and the gate code. That was pretty much it. The tone of the email suggested that this was a location everyone had dived a lot before and knew intimately.

Except me. Like I said earlier, I’d never heard of it. I asked for some more details as I’d never been there before and I was provided with a Google Maps link (it was indeed the fort that I’d Googled earlier), a postcode and the intriguing instruction, “just follow the road virtually as far as it will go”. This, surprisingly, was very accurate and I rocked up at Fort Bovisand with no dramas.

How had I never heard of Fort Bovisand? Maybe because I’ve been based up North most of my life. Maybe it’s my age. Maybe it’s a combination of both, but as soon as I mentioned that I’d never heard of this place, the tales started to flow of what this place used to be. It was where the DDRC used to be based. It was hailed as the ‘spiritual home’ of UK diving. Commercial divers used to be trained here, still referenced by the BAD (Basic Air Divers) Lads inscription on the path to the accommodation.

There was a bar that was always open until Illegal o’clock. I heard tales of the BSAC Explosives course that was taught here, where students were given a stick of dynamite and told to “go blow something up”. There was even an Advanced Explosives Course where you could blow things up underwater, which is also why the reef by the harbour isn’t as big as it once was. Just out of curiosity, would BSAC be up for re-starting an Explosives SDC? Just asking for a friend…

Those days are gone now. A little bit of digging online told me that the old dive centre was liquidated in 2000, before I had even learned to dive, never mind being able to do an underwater explosives course. There’s no commercial diver training or dynamite on site now, but Fort Bovisand is still steeped in diving history.

What I find really heart-warming now about the place though, is that despite what used to be there, there’s still lots of diving taking place. Bovi’s story, in short, is far from over.

There’s still a dive centre on-site, Discover Divers, offering accommodation, a hard boat and a very competent skipper. While I was there, I bumped into Worcester BSAC who were loading their RIB in Bovi’s bijoux harbour. Clubs are evidently diving out of there regularly, to the point where trip organisers assume that everyone doesn’t need directions to get there... that’s until you get an awkward sod from the North.