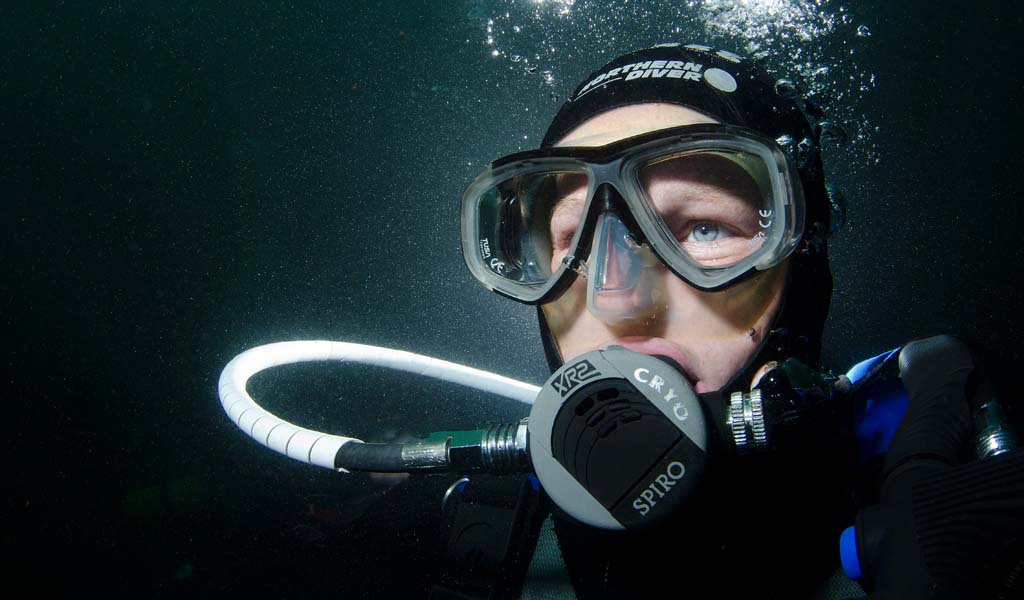 Michelle Haywood turns her scientific gaze to the condition known as surfer’s ear, which can also affect divers.

As divers, we spend a lot of time in water that’s much colder than any normal person would jump into. We also spend considerable amounts of money trying to hold back the cold feeling – not just with drysuits and undersuits, but now a variety of heated undersuits and dry gloves too. One of the key bits of thermal protection that’s often overlooked is the difference a good hood can make. The trouble is that lots of people hate the constrictive feeling of a hood and for comfort will try to go for the thinnest hood that gives them reasonable thermal protection, but perhaps there are some long-term consequences to this approach?

There’s a condition called surfer’s ear which can be seen in anyone repeatedly exposed to cold water. Bone spurs or exostoses grow slowly out from the tympanic ring (an incomplete circle of bone that has a groove in to hold the eardrum). Usually, these exostoses don’t cause any problems, but in some cases, they are associated with hearing loss, repeated infections and trapping ear wax. I’d assumed that my long-standing dive buddies and I spend lots of time saying pardon in a conversation because we are all getting on a bit… but maybe there’s something else happening

Coldwater flushing into the ear causes prolonged vasodilation and associated inflammation. Bone growth is slowly stimulated over years. The area around the tympanic ring is very susceptible to bone growth because there is a very thin layer of skin covering the underlying bone. Bone growth can lead to partial or total blockage of the ear canal.

Studies have shown that exposure to water colder than 19°C leads to frequent development of exostoses. So that would mean pretty much every dive in British waters that ever gets done. Each additional year of exposure increases the risk of auditory exostoses, and the more exposure you have, the greater the level of damage that’s possible. Some studies have suggested that it takes 10 years for significant exostoses to develop, but others have suggested that it may be apparent after only five years.

Having your ears examined can show the masses in both ears, and if they are large enough they might obscure the eardrum – this is called occlusion – in which case reporting hearing loss is not surprising. Other symptoms can include a sensation of water being trapped in the ear. The severity of the exostoses is graded from 1 to 3, depending on how much occlusion there is.

Treatment may involve something as simple as regular cleaning to ensure no debris gets trapped behind the new bone growth, but ultimately surgery to remove the exostoses may be required, although not without the risk of rupturing the eardrum or even facial nerve paralysis. Surgery is only carried out on those who are symptomatic. This is a condition that is obviously better avoided than cured.

By now you’re probably sitting there adding up how many years of diving in cold water and you’ll be aware that you’re at risk. In the general population, auditory exostoses are seen in 0.63 per cent of people, but in surfers, different studies have shown that it affects 25 to 73 per cent of them. I haven’t been able to find figures for divers.

Prevention methods for surfers include wearing earplugs to stop the cold water in the ear canal. That’s not an option for divers. But a good neoprene hood that reduces cold water exposure most certainly is. Keeping your ear clear of debris will prevent anything being trapped in the new growth that could cause an infection, but for some of us that might be the first sign. And you thought the only growing you had to worry about in middle age was your waistline!