Torbet on the Tube: Mako my day! 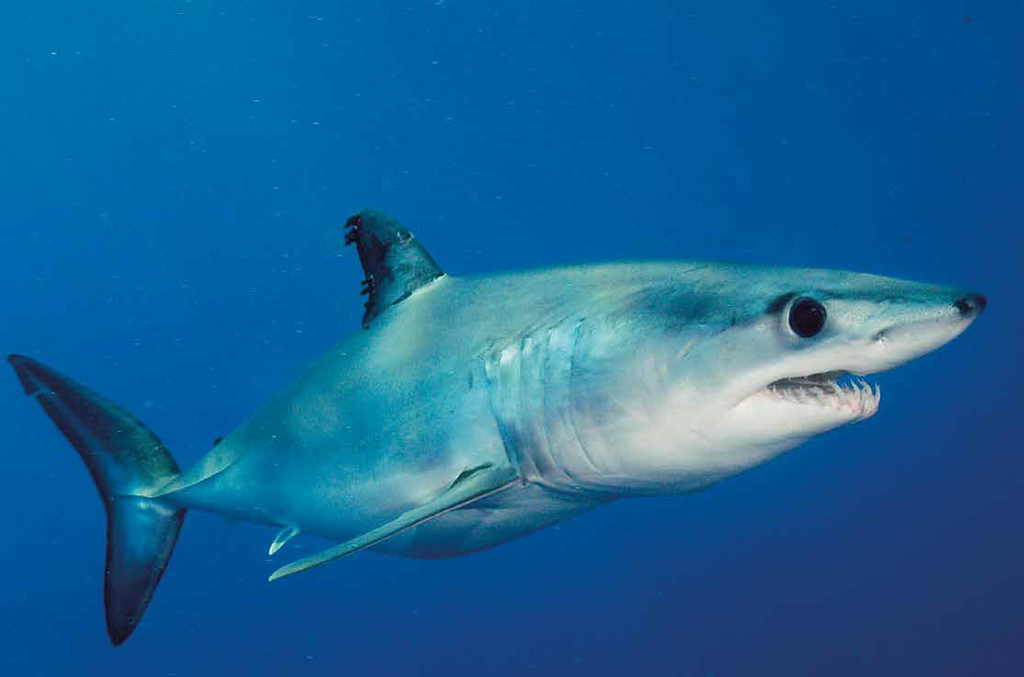 Andy Torbet goes snorkelling with the fastest shark in the ocean – how will it keep up with him?

We lolled around the rolling swell, engines off and boat bobbing back and forth in a nausea-inducing rhythm for eight hours, waiting for the sharks to arrive. Finally, a blue shark appeared and I was forced to pour myself into my wetsuit and drag my grey-green carcass into the water for a brief encounter. But this was off the coast of Ireland in 2010 and was nothing like what happened when I went in search of mako – the fastest shark.

We set off from San Diego in the late morning as the makos – specifically short fin makos, the subtropical subspecies – tend to turn up in the afternoon. We headed about an hour out into the Pacific Ocean, cut engines and began the same nausea-inducing bob offshore from the border with Mexico.

However, this time, within half an hour a mako was on site. A female had appeared and the cameraman and I quickly donned our snorkel gear. Snorkelling is still the best way to interact with big, pelagic life like this.

When I’ve filmed with blue, basking or mako sharks we’ve always found snorkels beat regulators, as the noise and bubbles tend to scare the animals. The shark was about seven or eight feet long, impressive but not too intimidating.

Makos are quite rare and not the easiest of sharks to interact with; you often get a couple of passes before they lose interest, and even that would be classed as a decent encounter. That said, they are one of the less predictable species, and this female shark decided to hang around. She circled and made dozens of passes, sometimes coming within inches of my chest and then my fins. 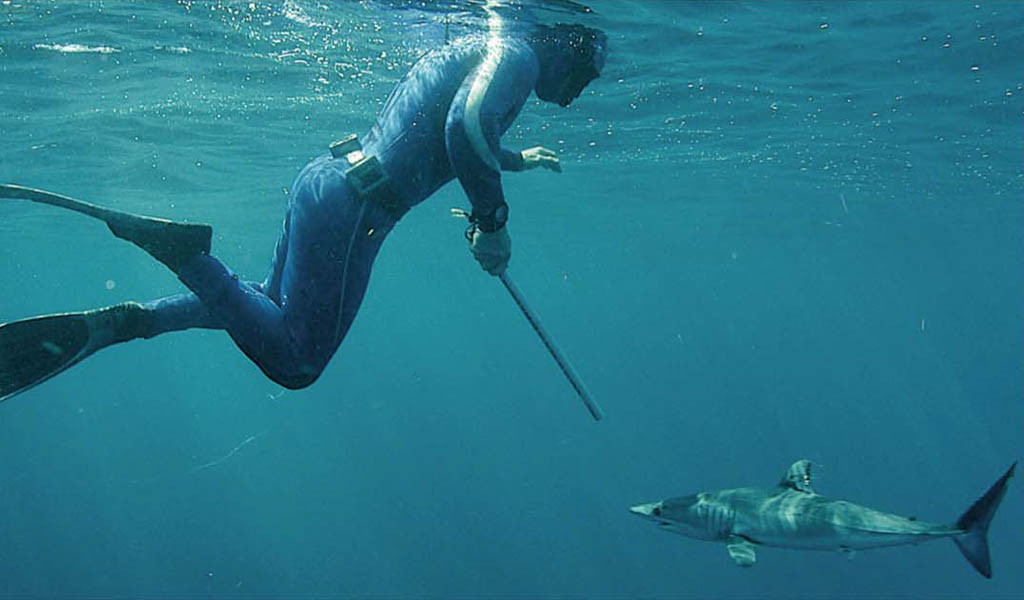 As was protocol on this trip I carried a shark stick. These are not for beating the shark, as some have suggested, but are there to act as an extension of your arm to give the shark a gentle push away.

The idea is that if they are getting agitated, it’s a way of maintaining personal space while you consider exiting the water. I’d never want to demonize any shark but neither should we naively pretend they are cuddly animals. These spectacular creatures are apex predators from an ancient line, and perfectly designed for hunting the oceans. Clearly, we have to give them the respect they’re due. There have been recorded attacks on humans but, much like diving, it’s only dangerous if you go in ignorant and with the wrong attitude. So while I had the stick to maintain a healthy distance with the shark, the idea was to avoid pushing anywhere near the shark’s sensitive eyes or gills. Had I been too aggressive in using the stick I could have scared the shark away or, worse, injured her.

We were there to film a piece on the speed of the mako for a new Children’s BBC series I’m filming, which looks at wildlife, science and engineering. About a quarter of the series is about spectacular marine animals… it was my idea so clearly I’m going to shoehorn as much time underwater in there as possible.

Photo by Charles Hood of the fastest shark in the ocean, Mako shark 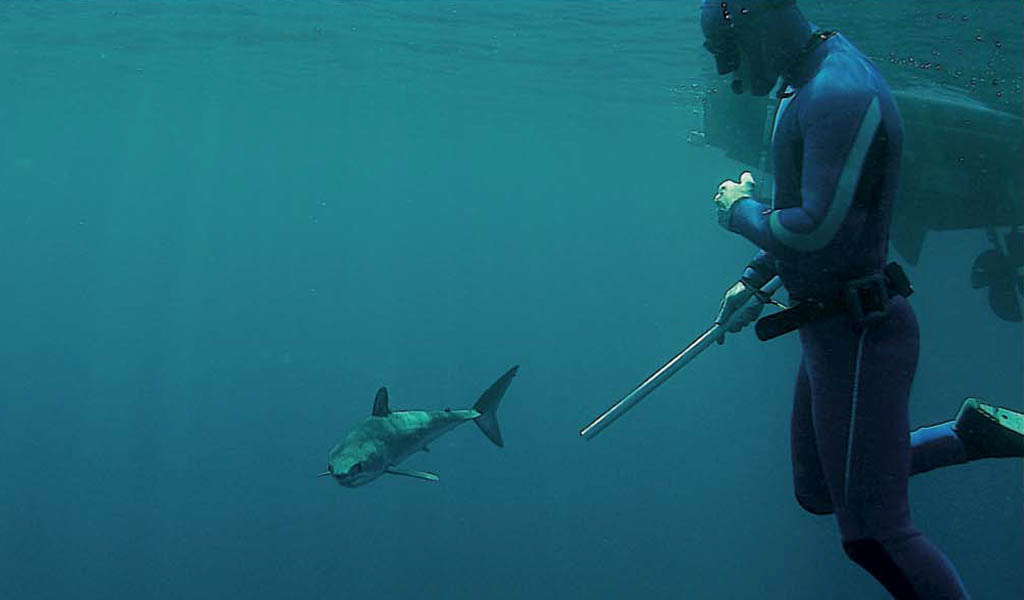 Mako have been clocked at in-water speeds of 46 miles per hour. This speed also means they can leap clear of the water; such breaching is not unique in sharks, but the mako goes the highest, and has been observed jumping up to 9 metres out of the water. Conveniently, our shark was treating us to a more sedate in-water encounter. As she swam back and forth, circling us, it gave me time to appreciate her streamlined form.

Makos, both the short and long fin species, are part of the Lamnidae family of sharks, and like their cousins in the group – the salmon shark, porbeagle and great white – they are warm-blooded. This is unusual in sharks, but it allows the animal’s muscles to function more efficiently when it comes to sudden bursts of speed.

This enables makos to hunt super-fast prey such as swordfish or yellowfin tuna. After dozens of passes and at least 45 minutes in the water, we had five times as much footage as we needed. She was also beginning to showing some initial signs of agitation so we carefully exited back on the boat to cheers and shameless high-fives all round. This was America, after all.