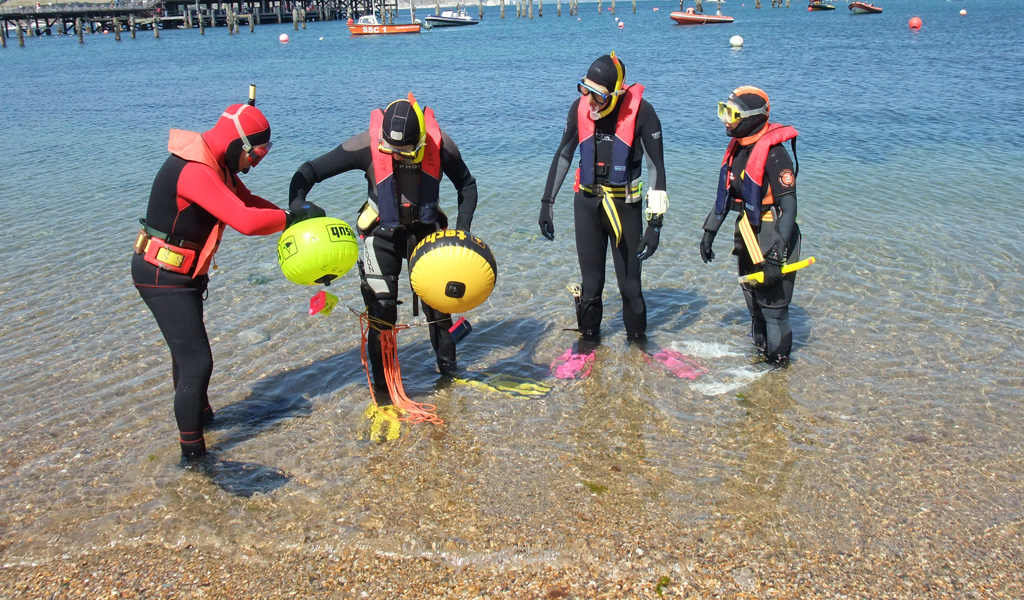 Andy Torbet casts an eye over BSAC’s snorkelling programme, and considers the importance of a solid grounding in this skillset

I remember going to the Cornish Scuba Fest in 2015, when the weather was far from stunning – but as luck would have it my main job at the event (other than taking my 12-week old son on his twice-weekly swimming practice) was to help run a BSAC Beachcomber session for the kids over both Saturday and Sunday.

These courses in themselves are great initiatives and I can testify to the interest in the sessions, and the enthusiasm they generated. Many of the children, being sons and daughters of divers, had already had a go at snorkelling and now, armed with more information on the inhabitants of the rock pools, were even more excited to get out snorkelling.

But it seems that most of the kids and their diving parents were only vaguely aware of the BSAC Snorkel programme, and some of them thought it was overkill for a skill that they thought could be picked up in minutes. Personally, I would disagree.

You’ll have seen mass tourist snorkels in places such as the Blue Hole in Dahab. Having hired their mask and snorkel they flail around the surface, wasting energy and breath and generally scaring off the wildlife they have no idea is there since they are aware of little more than the small space directly in front of them.

What’s worse is they commit acts like walking over the reef, grabbing coral and other environmental crimes. This is ignorance rather than malice, and it’s mostly down to poor technique. We need the training to be better, and to be safer.

Back in 1988, I was too young to start diving as the BSAC rules said not before 14. So as a keen 12-year-old I joined the club and began my snorkel training. The BSAC snorkel course is nothing new and the skills I learned not only allowed me to explore the coastline of Aberdeen more effectively but also more safely, often following the club on shore dives.

It also stood me in very good stead when I started my Novice Diver course (since replaced by Ocean Diver). My finning technique, understanding of basic diving physics and physiology, diving operations from both shore and boat and my confidence in open water were just some of the things bolstered by my time training as a snorkeller.

Torbet on the Tube: Get with the programme

Naturally, the course has developed over the years and even I was unaware as to just how much is now on offer in terms of training, literature and support. The potential course list now encompasses:

Snorkel and Diving instructors (from Open Water Instructor upwards) can conduct these courses, providing they are comfortable with their snorkelling; BSAC has produced a comprehensive manual to assist in the delivery.

The BSAC Snorkel programme has come a long way since my original, single course, and is open to a greater range of ages, skills and desires. We even have a number of dedicated snorkelling clubs running courses and snorkel-specific expeditions and trips. Not only is this a superb way of getting young people involved, they also provide a way of improving skills you probably thought you were already good at – so why not give it a go.

Images in this online version have been substituted from the original images in SCUBA magazine due to usage rights. Featured image by Margaret Baldwin.