The benefits of scuba diving in threes 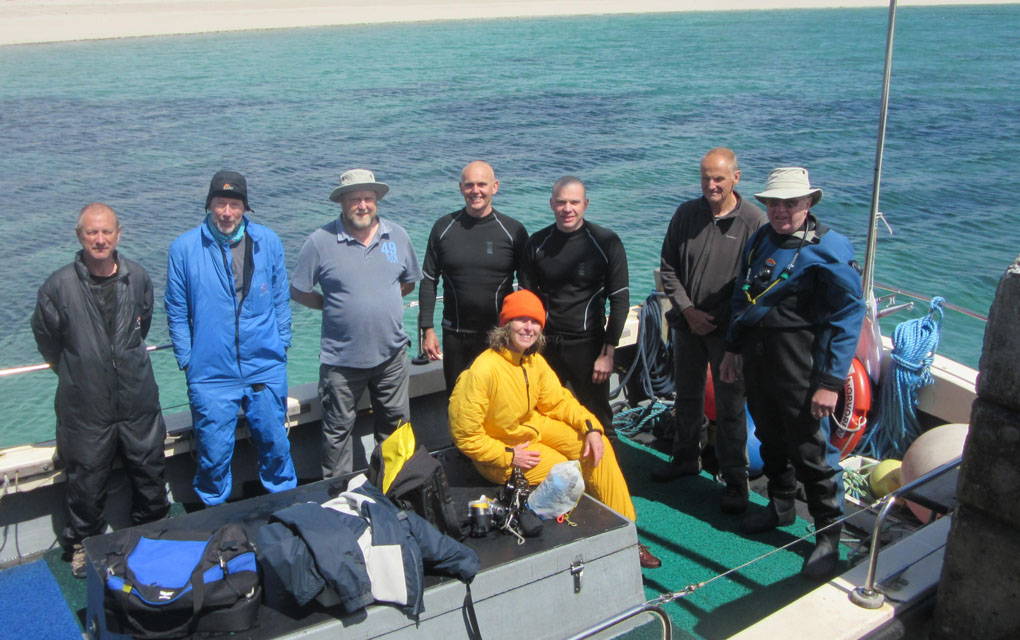 Some people view the situation of diving in a group of three divers as a recipe for a guaranteed incident. Some might use the same argument to try and justify the fact that they consider diving solo as somehow ‘safer’. (I may deal with that one another day). Given the frequency with which certain questions crop up at HQ there are even some individuals who contort the above two issues to start as trio and almost immediately separate and continue alone in some apparent effort to ‘prove’ their view.

The basis for such arguments are usually based on the ‘evidence’ in the Annual Incident Report that diving in a group of three or larger does lead to increased risk of separation, especially where an incident occurs to one in the group.

But are there advantages? I have just returned from an annual dive trip to the Isles of Scilly (diving was great, thank you for asking…). Due to circumstances beyond our control my regular buddy was unable to go this year and so I became the regular ‘Billy no mates’ and constrained to join another pair in the group, not an issue at all.

All geared up for the first dive of the week and just waiting for the other pair to finish kitting up when it became clear that one of the first pair who had already entered the water had a problem (sticky ear). As I was already the odd one out and ready to go I agreed with the skipper I would enter and join the buddy rather than him miss out on a dive. Problem solved and we had a great shakedown dive. Dive two and we entered as a group of three just in case the sticky ear had improved but it hadn’t so after seeing him safely to the surface we continued the dive with no further fuss.

The same trio dived the next day and Mr sticky ear was able to get down on both dives. This was a first proper outing for a new camera set up for me and task loading was substantial I have to admit, but having two buddies helped considerably in keeping in touch with them whilst a got to grips with the controls.

After a day spent ashore avoiding the wind (force 8), one of the other divers in the group decided a further day of relaxation was preferred and so I swapped buddies again and without any significant fuss.

Yet another change and I was back to the original plan, which was for the three of us with cameras to all be in the same trio. Still getting to grips with my new camera setup it was however becoming less of a task load and I was able to concentrate more on my subjects. I, personally, try to avoid allowing the camera and subject to take over and try not to limit my buddies enjoyment. However, whilst many might consider one photographer an encumbrance and two…? Mine didn’t move much so were always right in the vicinity whenever I looked up.

It does have to be said that all were very experienced divers and we all knew each other and our diving skills well. However, the flexibility and adaptability possible by the odd numbers allowed the whole week to run smoothly and without incident.