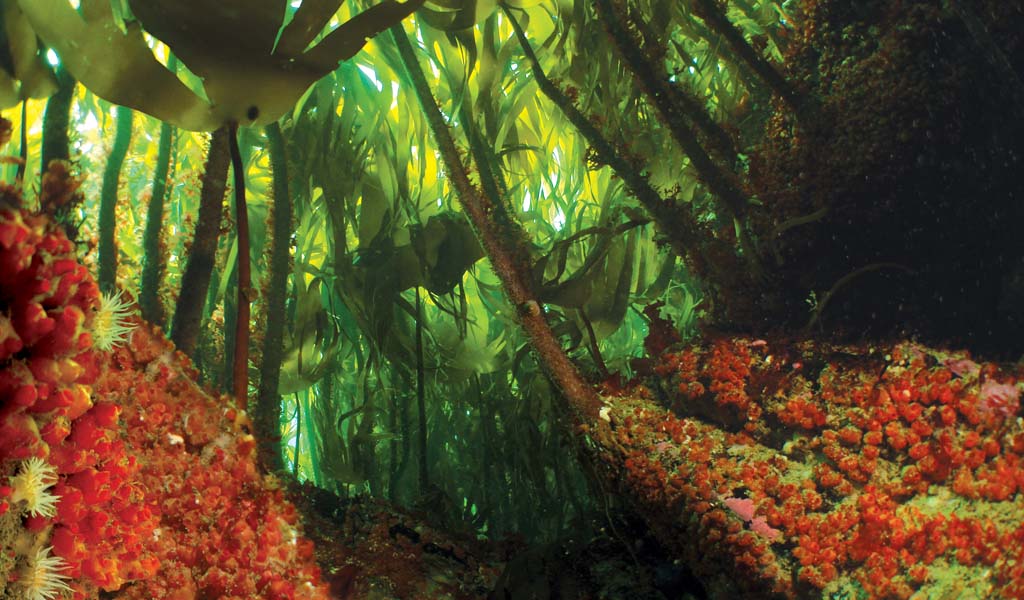 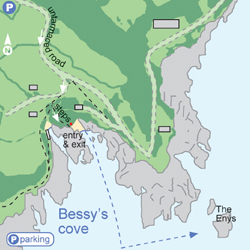 Prussia Cove is a picturesque, tranquil bay with a glorious backdrop and a knockout dive. Yet it has a catch. A long hike is involved so trolleys are a must! You’ll ask yourself on the way down if this is really worth it and the answer is ‘yes’. Luckily the dive is shallow, so one cylinder may allow two dives.

After leaving the pebble bay, head straight out to sea until you eventually hit sand. Straight in front is a ridged island, overhung on the east side where corkwing wrasse nest in the spring (similar to a bird’s nest). After exploring, head on a new compass bearing of east and after a short fin over the kelp forest a huge mushroom-shaped rock emerges.

Drop down below the kelp line into a cavernous bell-shaped gorge, covered in swathes of squirts and peppered with jewel anemones. Continue on, picking your way past the jumble of rocks and slithering down many steep gorges. One of the highlights of this dive is that you’re very near to a seal colony, so it is quite common to be joined along the way with more than just a buddy.

Photo by Anita Sherwood - Path down to the entry point 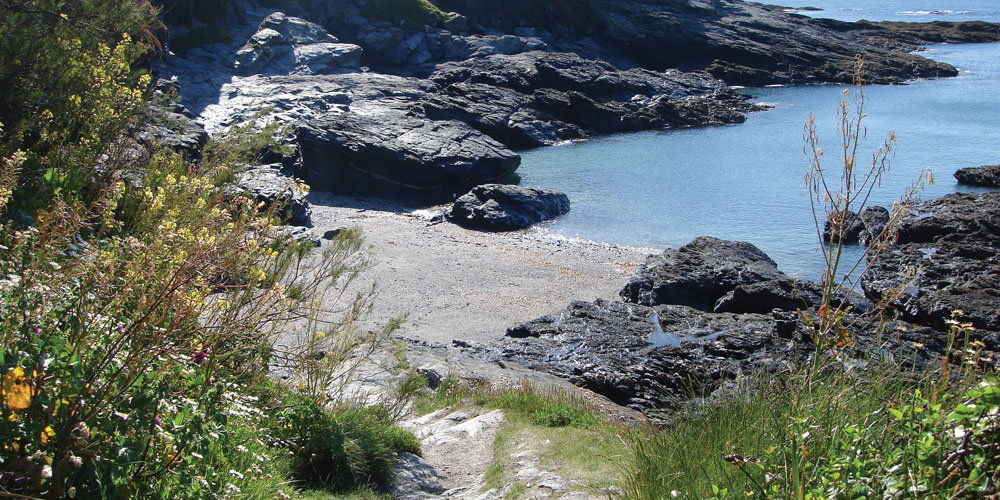 Featured image by  Anita Sherwood - Anemones under the kelp line