Right to roam, can you snorkel anywhere? 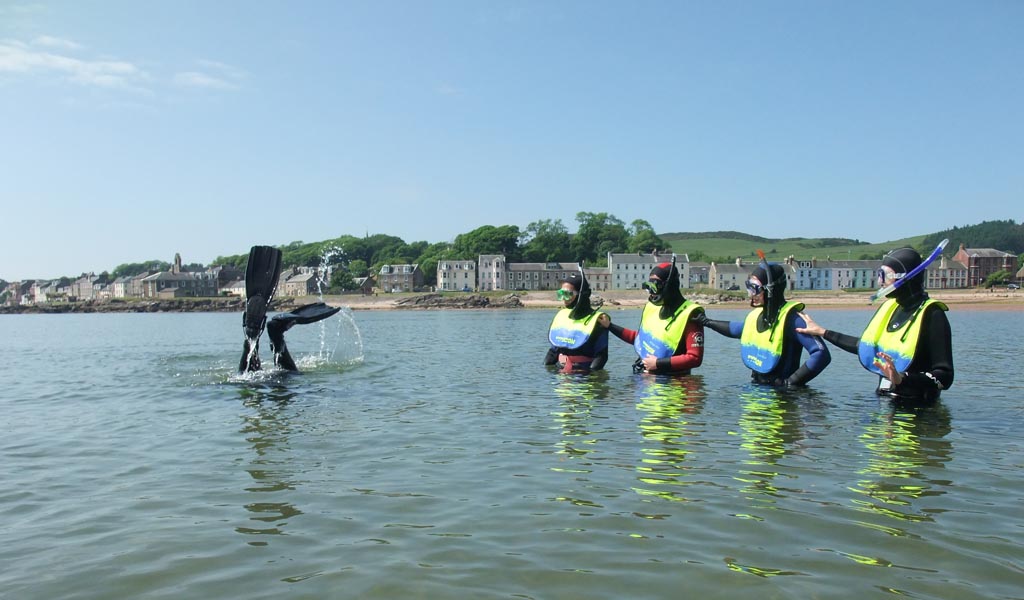 As snorkellers, do we have an automatic right to jump in the water wherever we fancy? Andy Torbet weighs up the issue of access.

We snorkellers have the freedom of the seas and oceans, of the rivers and lakes. We can explore any part of the underwater world within our personal limits. Or can we?

Although we have the freedom of most parts of the seas around Britain, we may not always have a right to access a particular stretch of sea. Nor do we necessarily have a right to snorkel in the waterways of Britain, or to access the shores or banks. So where do we sit with regards to access rights?

The right to access land and waters in Britain is fraught with complexities. Here, I have attempted to simplify the laws and bylaws, and give some general rules as they apply to most situations that a snorkeller may come across.

In England and Wales, anything below the low water line is fair game and is managed by Crown Estates. More than half the foreshore (the area between the low and high-water marks) is also managed by the Crown and allows non-commercial access to all.

The issue is whether or not the land that leads to the foreshore allows access. If a public road exists, then there should be no problem.

Despite the fact that almost half our beaches are privately owned, it is very rare not to have open access – unless otherwise stated, it is generally accepted that permission exists. Exception includes military firing ranges when in use, areas restricted due to sensitive wildlife or very small sections of our coastline that are effectively someone’s back garden.

Scotland’s approach to its waters is similar to that of the land, in that it is much more open than England and Wales. The Land Reform Act (Scotland) 2003 states statutory access to most of the country. You have a right to access any part of the coastline unless there are specific restrictions in place. Such restrictions are very rare; when they are in place it is usually to protect or seal off a conservation area.

Legally, the water isn’t owned but the land bordering the water belongs either to an organisation, family or individual. Less than five per cent of England and Wales’ fresh water has public navigation rights, which includes snorkelling (similar in concept to Rights of Way paths on land). However, websites such as Action for Access are great resources for finding out where access is permitted. Most of this hard research has been done by canoeists, but we can benefit from their work.

In Scotland the rules are again more inviting. You effectively have access to any freshwater site and the land that borders it, unless it’s someone’s garden. There are exceptions, but these are usually for safety reasons and are best adhered to for your own self-preservation. Have a look here for guidance The Scottish Outdoor Access Code.

It should go without saying, but I will anyway – the right to access these lands and waters is not without some personal obligation. We still have to follow the code of conduct, which sets out rules for responsible behaviour.

The reality, in my experience, is much more optimistic. I have snorkelled just about every conceivable type of water the length and breadth of the UK, and have yet to encounter a single issue with access.

I steer clear of private property where my presence could be a nuisance, or ask permission first. I choose remote areas where landowners are not concerned with occasional visitors. I ensure zero impact on the land and it’s use (for instance, avoiding fishing areas in season; not disturbing livestock; not interfering with boat traffic).

I take care not to damage anything on my way to and from the water, and I treat those I encounter with the same respect we’d all expect. With the application of a little common sense, people are supportive and curious rather than confrontational.

Make sure you leave the landscape as you found it, or maybe improve it. Perhaps there is a gate left open or litter on the beach or riverbank, in which case try and leave that world a little better for your passing.