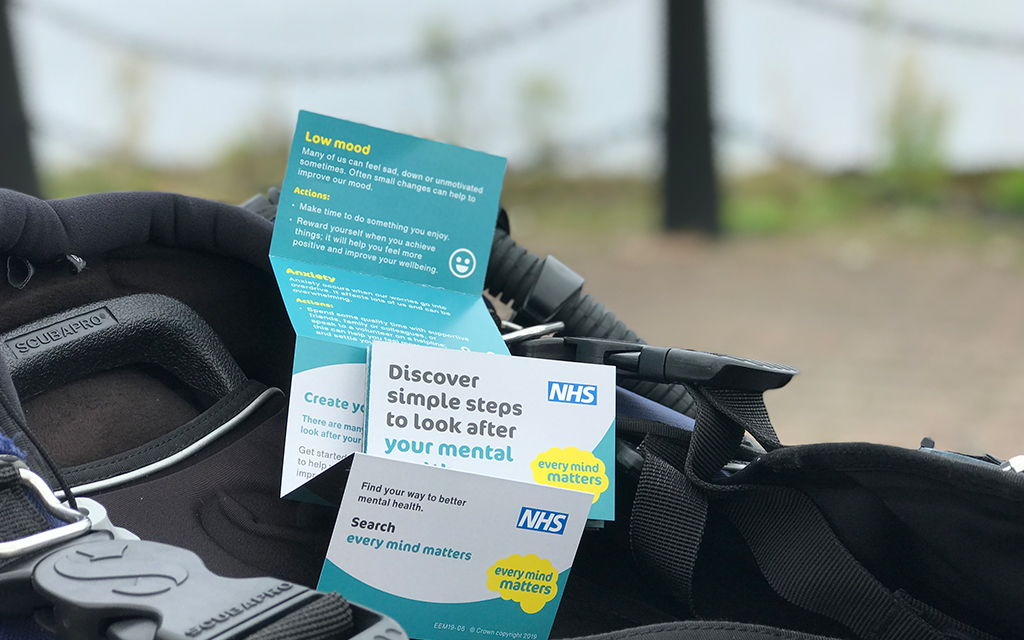 In the lead up to World Mental Health Day, BSAC President HRH The Duke of Cambridge has helped launch a major new national mental health initiative Every Mind Matters.

World Mental Health Day is a day for global mental health education, awareness and advocacy against the social stigma of mental illness. Events and online discussions are being held around the UK and the rest of the world to mark the day and to get people talking.

BSAC President, The Duke of Cambridge, together with the Duchess of Cambridge and the Duke and Duchess of Sussex in a television first, provided the voiceover for a short film written by Richard Curtis and directed by Rankin that launched the Every Mind Matters campaign. The film features a number of famous personalities who have experienced their own mental health issues.

ITV have also launched Britain Get Talking in an effort to get more people talking about mental health, and Every Mind Matters forms part of that campaign as well. These campaigns align nicely with our own #BuddyTalk, encouraging BSAC members to talk about mental health and wellbeing, which will also feature at our upcoming conference on 26 October.

This is quite a significant week for mental health in the UK with a major public health campaign supported by such high-profile names at the same time as the world focusses on mental health. It’s good to #buddytalk.

If you missed the Duke’s film you can see it here.