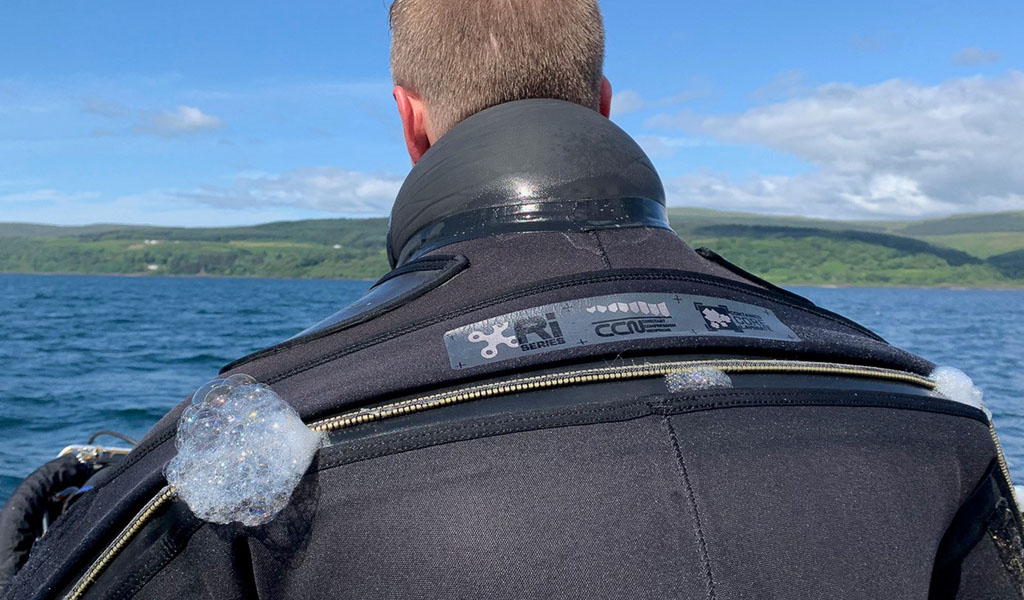 Kirsty Andrews is a staunch advocate of drysuit diving in the UK, but admits there are times when a semi-dry may be the better option...

My first UK dive was in a drysuit. I think this makes me relatively unusual amongst BSAC novices but, as it was a brisk wintry weekend in a relatively northern and frosty inland quarry, it made sense at the time. The lovely Cheryl - then a stranger, now a friend - had trustingly lent me her suit for the occasion, and soon afterwards I invested a large part of my student loan on my own, plus a bottle of wine for Cheryl to say thank you for generously introducing me to dry diving bliss.

Whenever I saw a wetsuited diver in British waters I tended to look at them a little dubiously. It’s not to say that I hadn’t had my fair share of ‘non-dry’ dives over the years. Twisted neck seals, mysterious punctures, worn away seams, busted and leaking zips - I’ve had them all at some point, with varying degrees of dampness. How many of you have seen that Michelin-man scene of a diver in inflated suit, with a tell-tale burst of soapy bubbles locating the fateful leak(s)?

Thinking of zips, I’ve also managed to descend with three inches undone due to some negligent buddying and some equally negligent lack of checking by me - not a mistake I’ve made since. And of course there was the memorable occasion when someone who clearly made up for good sense in macho muscle power managed somehow to wrench the zip so forcefully that two inches of zip teeth were skipped and two pairs of pliers were required to extract me from it afterwards. Even worse, due to a chronic lack of instructors that day, I was obliged to dive anyway. I can confirm without a doubt that gaffer tape, however profusely applied, is insufficient to stop water ingress in this thankfully rare situation.

Despite these wrinkles, on the whole I love drysuit diving. I find gas management from my suit intuitive and easy and I love a long, dry, warm dive. My association with drysuits, both membrane and neoprene, has been a happy one and I would never have considered two-timing my trusty suit. Until this summer, that is. My first dive for several months in 2020 was on Chesil beach. Kitting up required complicated social distancing considerations to zipping in. Then there was getting in and out of the water. Those of you who are familiar with Chesil will recognise it as a lovely dive but a potentially dastardly entry and exit, with those brutal pebbles making every uphill step feel like three. As I huffed and puffed my way out, I cursed my unfitness from an enforced Spring lockdown. I looked enquiringly at other divers who seemed far nimbler in semidry suits, and I remembered that in the cupboard I had a 7mm semi-dry I’d last used for snorkelling in the Arctic.

The following week was, I will admit, a revelation. I donned the neoprene and cut a few kilos from my weight belt (I also went for a run or two in a token effort to shed pounds in other ways). I practically skipped over those blasted pebbles (relatively speaking) and for the next few months of shore diving, I had the perfect gear. As the year has gone on, rules relaxed and boat diving and deeper diving became more of a possibility, I brought out my drysuit again, but not without acknowledging that I have a genuine alternative available. I will no longer gaze disparagingly at my semi-dry diving cousins. It’s good to have options.