Does simulation have a place in diver training? 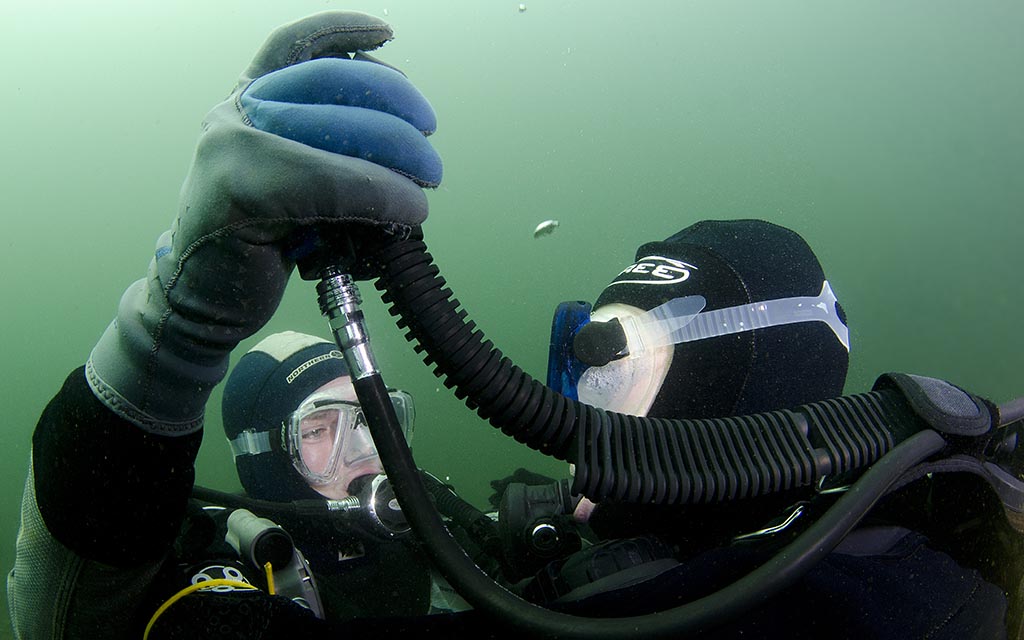 I am frequently asked by clubs and instructors about certain qualifications they have been told or asked about when already qualified divers join their club.

Examples have included ice diving courses being run in the Red Sea and shark dives in UK inland quarries (I have yet to see one or hear the music), which are a bit of harmless fun and I somehow suspect anyone going ice diving where there is ice might quickly reconsider…

More recently, I have been asked about a student in the UK completing a drysuit training course, without actually using a drysuit. I hope you will agree that this is not a subject suitable for simulation, at best it short changes the student and may well place them at significant risk in the future.

Is there ever a suitable case for simulation in diver training?

Well, in the case of training and practice of rescue skills then clearly it would not be appropriate to make someone unconscious or turn off their gas supply in order to conduct a Controlled Buoyant Lift or an out of gas situation. Similarly, simulating a dive profile for the purpose of managing run times and/or simulated decompression stops to refine the skills before conducting mandatory stops makes common sense.

The temptation for some is to extend such simulations to areas where it is completely inappropriate to do so. Using actual nitrox gas provides no discernible difference to the diver and it may be reasonable as a result to simulate a nitrox dive using air.

On the other hand, the whole purpose of helium based mixtures is to directly manage narcosis and an equivalent narcotic depth of 30m is typically recommended. Simulating a trimix dive by using air and going to 30m not only misses the objective but sets a seriously dangerous precedent. The scariest dive I ever did was the first time I used trimix. Being at 50m with a clear head and being conscious of the actual distance back up to the surface was sobering!

For initial stages of certain training it can be helpful to use simulation to allow a student to focus on the core underlying skill before using equipment that could be distracting. An example might be to simulate using a camera to approach an object underwater and frame the subject with your hands, to allow the student to practise and hone their buoyancy skills and orientation before introducing the camera at a later stage. This can be extended to using a camera housing with or without a camera inside it. However, it is somewhat essential that the student subsequently does actually use a camera and take some pictures to review the effectiveness of the process.

At higher levels a subtler form of simulation may be used in order to assess diving standards. The use of project-based exercises for senior Instructor and First Class Diver exams actually show up any underlying weaknesses in diving skills as the student is too busy concentrating on the new skill requirements. It is at times like this that previous foundation of skills as suggested above really pays off.