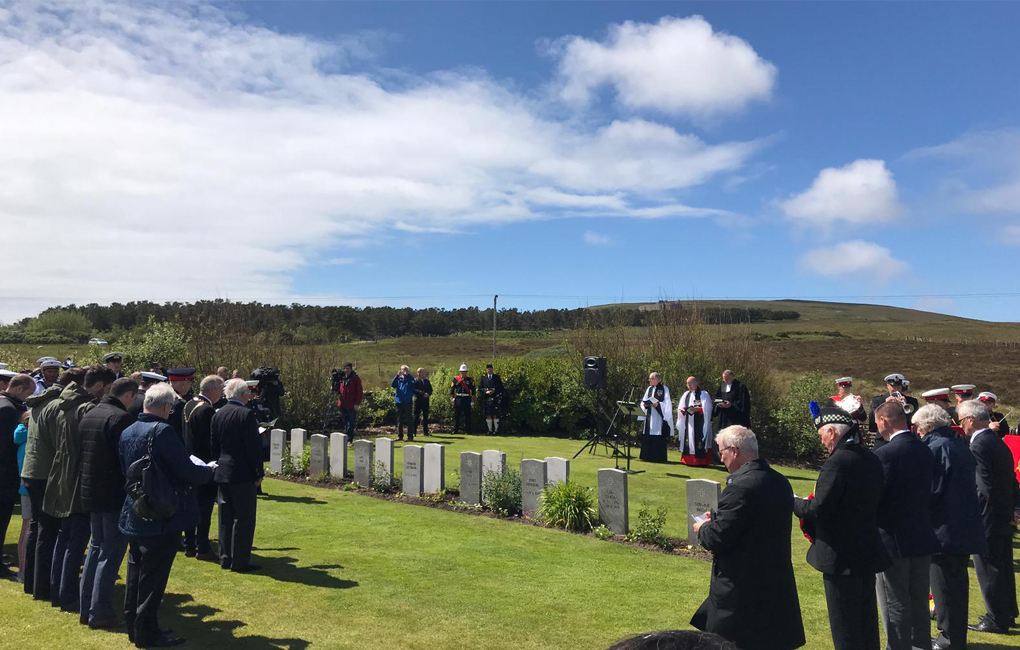 The 21 June marked 100 hundred years to the day that the interned German High Seas Fleet was scuttled in Scapa Flow, seven months after the end of World War One.

Now one of the world’s top wreck diving locations, today also marks a year-long commemoration in the Flow, with BSAC divers from all over the country taking part.

With a commemorative service held at 1pm on 21 June 2019 at the Royal Navy Graveyard on Lyness, Hoy, as well as a service at sea to remember the 15 German sailors who lost their lives, it has was a special week for Scapa 100.

The town of Stromess was host to exhibitions, film nights, talks and Virtual Reality wreck tours as well as the Scapa Hub where divers were able to meet, relax and share their Flow stories.

You can read more about the events that are still coming up at Scapa 100.

Scapa 100 has been an ambitious project, driven by a group of divers, dive boat skippers, historians, photographers, scientists, community organisations and enthusiasts to mark the events of 21 June 1919 and showcase the wrecks sites that remain a lasting legacy of that fateful day.

A total of 52 ships out of 74 interned German vessels were scuppered on the morning of 21 June 1919, following an order from Rear Admiral Ludwig von Reuter, to prevent the surrender of the fleet to the Allies. Over the following five hours, the ships sank, becoming the greatest-ever loss of shipping in a single day.

Today, just seven of the wrecks - three battleships, three light cruisers and a mine-layer - remain and provide some of the best wreck diving in the world.

The Scapa 100 project has been instrumental in telling the story of the scuttled wrecks and bringing together divers from all around the UK to the Orkneys to help contribute to the 100th anniversary.

BSAC members have been directly involved, both in joining the week’s commemorations and in filling up the dive boats during what has been a remarkable past 12 months. A host of expeditions and projects have also been carried out, including mapping the wrecks to create digital imagery for a virtual museum. Divers have also been able to contribute their own photos and BSAC members have been encouraged to dive and photograph the Coln, BSAC’s sponsored Scapa wreck.

With Scapa 100 expeditions set to continue throughout 2019, this is certainly a diving year to remember – and a good time to remind ourselves of not only the history behind the wrecks but the need to protect what is a truly special site.

Scapa Flow is an iconic dive location that we are all extremely proud of. It’s been wonderful to hear of so many BSAC members not only getting involved in this historic week but also in the Scapa 100 project as a whole and making a contribution to the protection and preservation of the Scapa story for future generations to explore.