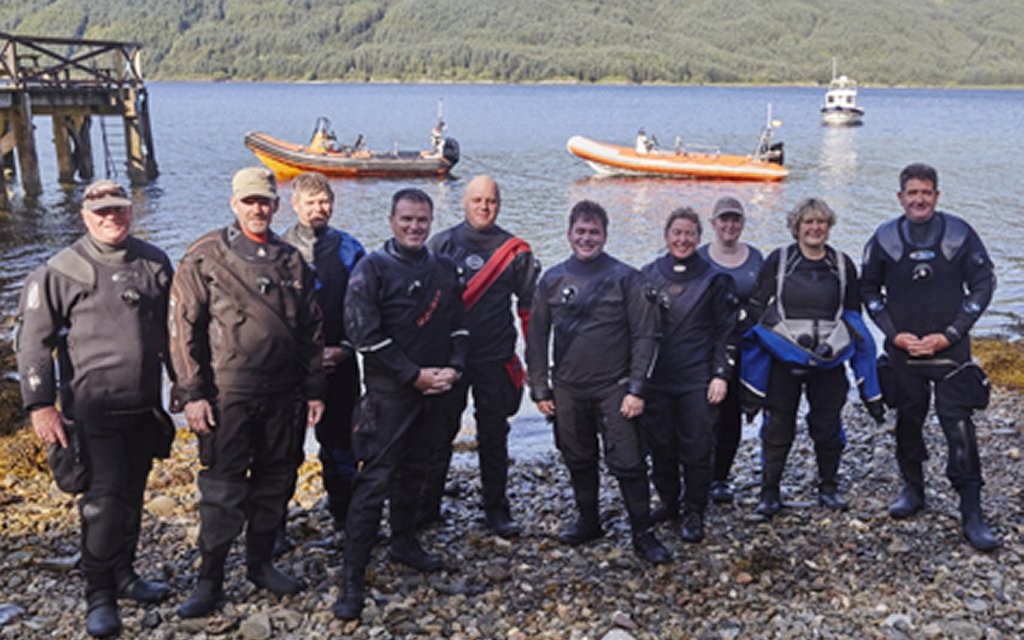 A team of BSAC divers have lifted two historic Highball bouncing bombs from a Scottish loch, almost 75 years after they were dropped as part of a testing mission by the Royal Navy.

The iconic Highball bombs were recovered in good condition by an expedition team of 12 divers led by BSAC’s North West Regional Coach Mark Paisey and assisted by the Royal Navy and other agencies. 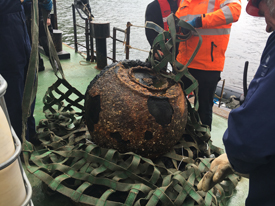 Around 200 Highballs have lain at the bottom of Loch Striven in Fife since they were tested by the Royal Navy for use against enemy ships in the Second World War.

The ambitious recovery expedition involved a series of exploratory dives at depths of up to 50 metres, to identify which Highballs were suitable for recovery and secure them for lifting.

Royal Navy divers then attached specialist lifting equipment to the heavy metal Highballs, which were winched out of the water by members of the Royal Navy’s Northern Diving Group (NDG), onto their workboat the Cato.

Now the aim is to donate the Highballs to two museums so they can be put on display to the public, in time for the 75th anniversary of the Dambusters raid, in 2018. 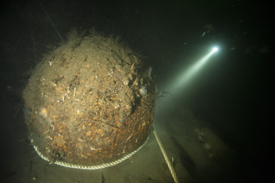 “This is the culmination of a very long collaborative project and it was unbelievable to see the first one come out of the water. It was covered in mud and marine crustaceans but when we cleaned it off it was perfectly preserved, down to the nuts and bolts. No-one has seen one of these for the best part of 75 years so it was quite emotional to see it close up.”

The Highball project comes after many years of work by Dr Iain Murray, a lecturer at the University of Dundee, who has spent the last decade trying to find a way of raising the bombs from the bottom of the loch and who worked with Mark and the team to make finally make it a reality.

The Highballs were the naval or anti-ship version of the cylindrical shaped Upkeep bouncing bombs which were used by the Royal Air Force in the actual Dambusters raid in May 1943, both having been designed by Sir Barnes Wallis to bounce over water.

However, it is archive footage of the Highballs being tested at Loch Striven which feature in the 1955 ‘The Dam Busters’ film, as footage of the actual dams bomb used by the RAF was still top secret.

“This has been a fantastic project and an honour for members of the British Sub-Aqua Club to be involved in. We are absolutely delighted that this highly skilled team of BSAC divers have been able to bring this iconic piece of military heritage to the surface so the story can be shared with future generations.”

One of the Highballs will now be on display at two presentation evenings - 16th and 30th August - at East Cheshire SAC's clubhouse in Macclesfield. For more information go to ECSAC 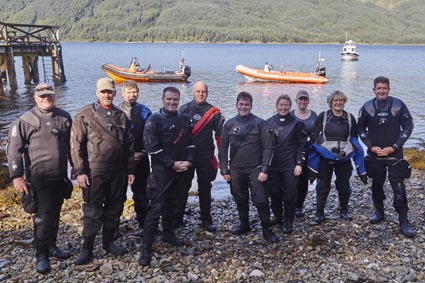