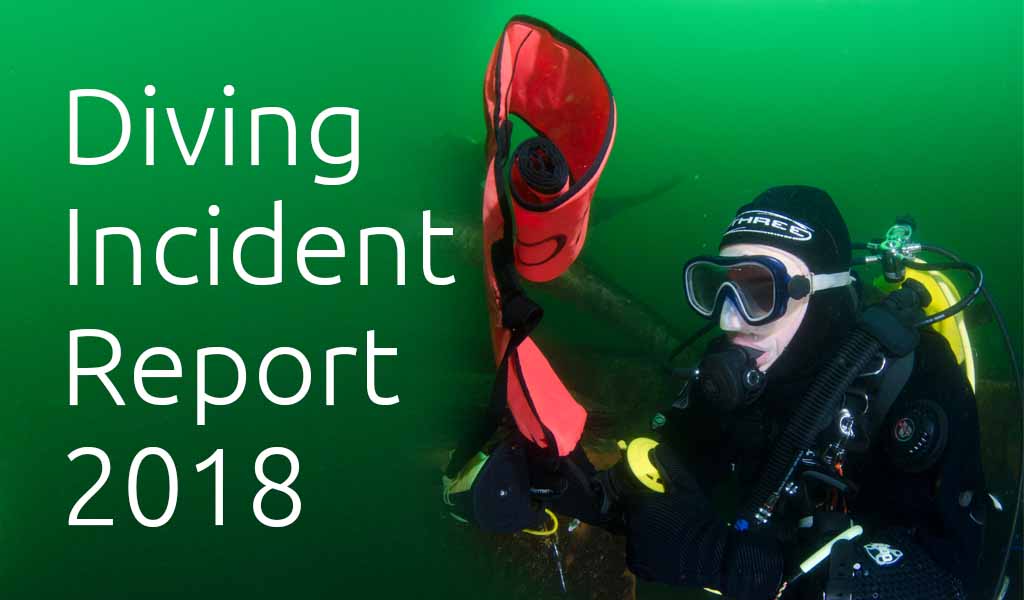 BSAC reports on diving incidents in the UK as part of its role as National Governing Body.

The data is gathered from incident report forms, through the Maritime & Coastguard Agency, the RNLI, MOD Superintendent of Diving, PADI EMEA, and RoSPA.

Unfortunately, we are very sad to report that nineteen divers died in this reporting year, six of these were BSAC members and thirteen were non-BSAC members. Three fatalities of these divers were over the age of seventy and the average age of the divers who died was 55.8 years (last year the average age was 55.3).  This is regrettably the highest number of fatalities since 2004.

Immersion Pulmonary Oedema (IPO) in diving casualties has been confirmed by medical assessment in two incidents; both individuals survived by immediately leaving the water and attending hospital.

A further twenty incidents have been identified where IPO is suspected of being a factor.  Again, the Incident Report offers advice to divers to be aware of this condition and the symptoms which can include one or more of the following:

Should one or more of these symptoms occur then divers should leave the water as soon as it is safe to do so, sit upright (if conscious) and take oxygen and then seek medical advice.

This year the Incidents Advisers conducted a new analysis of the efficacy of the diver rescue techniques.  Even in high-pressured incident scenarios, the Alternate Source technique was deployed successfully in 85% of reported incidents and the Controlled Buoyant Lift technique was successful in 78% of incidents.

Further analysis of the resuscitation techniques instigated by divers when the casualty was unconscious and not breathing shows that CPR, oxygen-enriched CPR and use of an AED was successful in bringing the casualty back to consciousness in 16, 18 and 30% of incidents respectively.  This new analysis demonstrates the life-saving value of rescue skills training in diving and the importance of keeping our skills current.

Want to develop your diving and safety skills?