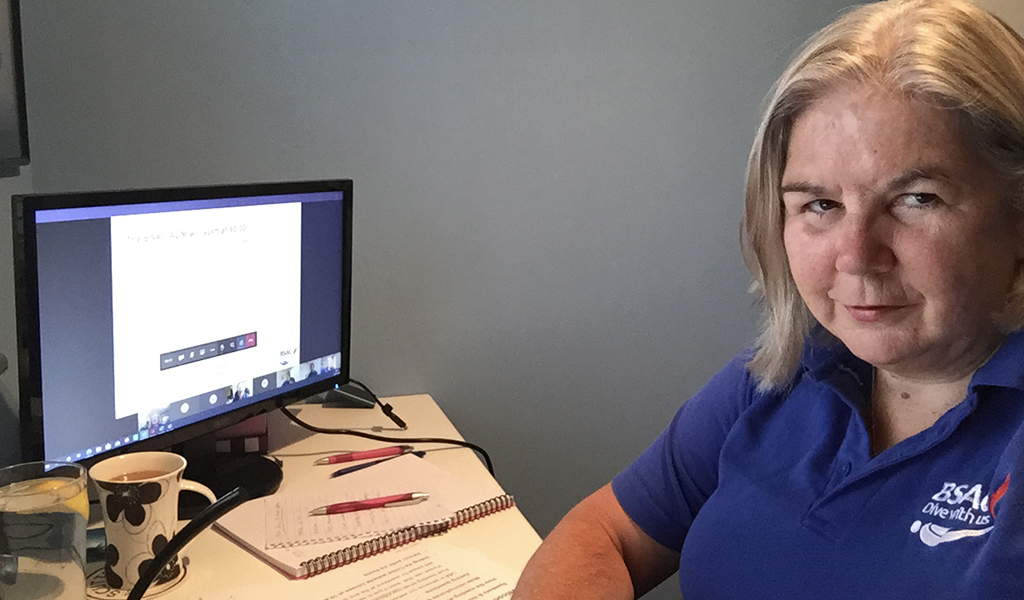 BSAC’s first-ever virtual AGM proved to be a success, with over 90 members logging in to hear about the club’s past year and to welcome Council’s newly elected members.

Postponed from its usual May slot due to the Covid-19 pandemic, the 66th BSAC AGM was held online on Saturday (25 July), with attending members also given the chance to ask questions and hear directly from BSAC Council.

BSAC Chair, Maria Harwood, who hosted the online event, said that while circumstances necessitated the move online, this year’s AGM proved to be much more inclusive, with a significant increase in members taking part.

It was our first virtual AGM, but it won’t be our last! When you run meetings online, there is always the risk of IT glitches, and chairing an online meeting feels more intense than a face-to-face one, but I was pleased (and relieved) with how it went.

It was good to see and hear so many members participating and my thanks go to all of those who worked behind the scenes to ensure that the AGM ran smoothly.

Following final voting during the AGM proceedings, the results of the Resolutions were also announced, with resolutions to reappoint BSAC’s auditors, along with the special resolution to adopt the new BSAC Articles of Association 2020, approved by the membership. The full results of the voting can be viewed here.

Also on the agenda…

As Chair, Maria Harwood gave her summary report of the year. Although the AGM was to cover BSAC's reporting year of January to December 2019, Maria acknowledged that it was also important to highlight the challenges of Covid and the impact it has had on the organisation ‘since it turned the world upside down in March’.

Reports were also given by National Diving Officer, Dai Atkins, and BSAC Treasurer Karen McKnight, who reported a small surplus for BSAC at the end of 2019 and also highlighted the impact of Covid on BSAC finances in the first half of 2020. The presentations can be downloaded online.

The AGM was recorded and a full recording of the meeting can be found here. Minutes of the meeting will be made available as soon as they are completed. They will be accompanied by a copy of the online chat from the AGM. Questions and answers which were made before the AGM can be found here, and we will add any post-AGM Q&A to this link.

Full coverage of the AGM will be in the September 2020 issue of SCUBA magazine.