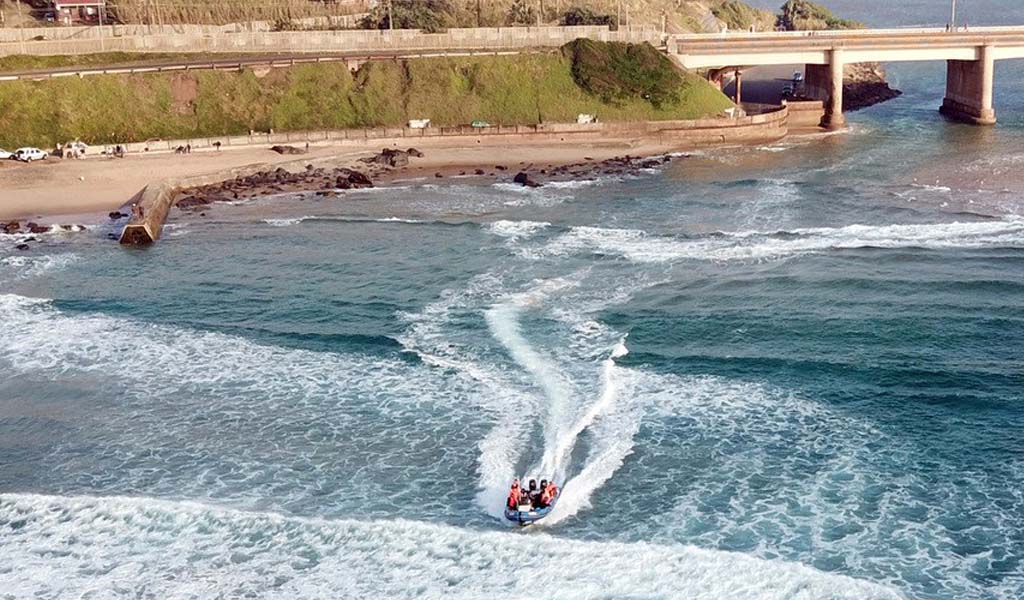 As boat diving returns, Michelle Haywood looks into the science of seasickness and explores the various remedies on offer.

On just about any dive trip, you can guarantee that there is at least one person who suffers from sea-sickness. They will be the one nervously watching conditions, anything more than a light air will have them reaching for their favoured anti-sickness fix. Travel sickness is caused by confusing information being sent to the brain. What your eyes are seeing doesn’t match what the vestibular system (in the inner ear) is detecting. The inner ear has a series of semicircular canals filled with fluid. As you move, these canals and the receptors in them, act as accelerometers, detecting the direction and speed of movement.

Seasickness comes from the brain not knowing which sense to believe. Your eyes are transmitting the information that you are stationary in your environment, but your vestibular system is sending the signals that you are far from stationary as you ride over the swell in the dive boat. The conflicting information triggers nausea and vomiting.

Nausea and vomiting are important survival mechanisms that evolved to protect humans against the possibility of eating food that is unsafe. Vomiting helps to eject potential toxins from the gastrointestinal tract. Nausea is an aversion experience that helps you to develop an aversion to whatever made you sick in the first place. If a particular food made you vomit, then you are unlikely to eat it again. In my case, that’s jelly. As a child, I threw up jelly after a party (probably more to do with running around, being hot and a bouncy castle), but in the years since then I have only eaten jelly a handful of times and I never pick it by choice.

Thus seasickness is your body’s way of trying to protect you from a toxin that you haven’t ingested, and one that it believes is present because your eyes and ears are sending conflicting messages as if you had been poisoned. Modern food safety standards probably render this mechanism a little redundant, but evolution takes a very long time to catch up with changes in the environment. Motion induced nausea (the word comes from the Greek ‘Naus’ meaning ship) is present in lots of animals and thus has a very early evolutionary origin.

There are several remedies for motion sickness. Finding the horizon to act as a reference point can help your brain make sense of the conflicting information. When you look at the stationary horizon, your peripheral vision detects that the boat is in fact moving, just like your inner ears sensed it was. This ends the conflict and your brain can process coherent information. Finding the place where the movement is the least in midships can help to reduce the sensations too.

Some divers swear by acupressure points on their forearms or acupressure wrist bands. Others sip cold water or use ginger. Many will resort to over the counter medications taken before they even set foot on the boat. Medication works by blocking the signals from the vestibular system and therefore reducing the conflicting information to the brain. Hysosine/Scopolamine (Kwells) acts directly to block the nerve signals from the inner ear so that the area of the brain that causes vomiting isn’t stimulated.

Cinnarizine (Stugeron 15) blocks a neurotransmitter called acetylcholine. If nerve cells can’t talk to each other, they can’t send messages to the brain and so the conflicting information doesn’t arrive. There’s even some evidence to suggest that cinnarizine is protective against oxygen toxicity too.
There’s a possibility that any sea sickness medication may cause drowsiness and other side effects, and divers need to be aware of how medication affects them. Usually, a combination of physical adaptations, careful eating choices before travel and medication, reduces motion sickness to tolerable levels. If none of that works for you, then find some good weather gods and start making whatever offerings are necessary – just not your breakfast!