Battery powered: All you need to know about lithium ion batteries 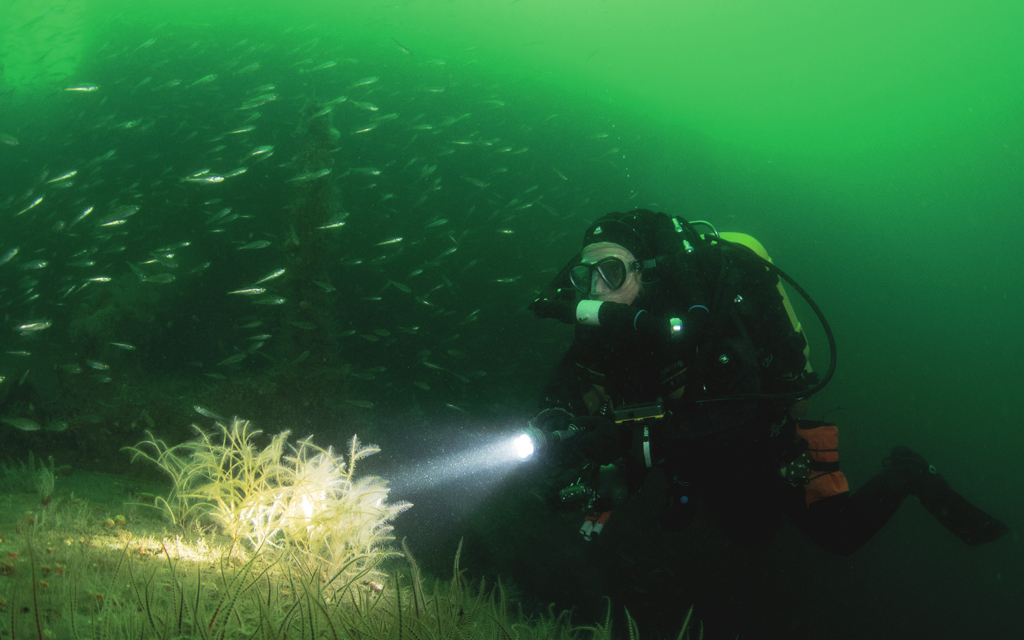 Diving can involve a lot of battery charging, and we need to understand powerful li-ion batteries in particular, says Michelle Haywood.

How do lithium-ion batteries work?

These batteries consist of four main components, a cathode, an anode, electrolyte, and a separator. The cathode acts as the source of lithium ions, and this determines the capacity and average voltage of a battery. The lithium oxide used for the cathode is the active material and releases lithium ions. The electrolyte is the medium that helps move the ions. It’s made of salts, solvents and additives. The salts allow the lithium ions to move. The anode allows the current to pass through the external circuit. The separator in the middle prevents contact between the cathode and anode. Only lithium ions can pass through microscopic holes.

However, lithium-ion batteries do have a few drawbacks. The batteries are sensitive to high temperatures and inherently flammable. Battery packs that fail have a tendency to burst into flames in a runaway thermal reaction. The critical component is the separator which allows the maximum ion conductivity but prevents the electrical contact of the electrodes. Often, separators are polymers such as polyethylene or polypropylene and it’s these separators that are susceptible to a sudden rise in temperature. Thermal runaway reactions usually happen during charging. The heat generated during charging causes an accidental overheating of the reaction mixture.

Of course, the overheating situation can be made worse by how you charge the battery. Do you leave it inside the unit? Or is it on a foam-filled shelf (designed to prevent electronics from getting damaged whilst a boat is in transit)? Or worse still – tucked under your pillow? Do you keep electronics in a hot vehicle? Physical damage is a key factor too.

Lithium-ion batteries can burn fiercely when they go. As the temperature passes 240ᵒC, the cathode and the electrolytes start to decompose. These chemical reactions produce large amounts of heat that rapidly increase the temperature to 800ᵒC or higher. The cathode reactions release oxygen as they degrade, and that too feeds the fire.

Foam or CO₂ fire extinguishers aren’t much use against a fire that is feeding itself. Specialised Lithex fire extinguishers are now available, but they are pricey (think over £300 for a 6-litre version). Lithex fire extinguishers use Aqueous Vermiculite Dispersion (AVD) to effectively combat lithium-ion battery fires. AVD is a water-based mist containing thin, flat flakes of hydrated silicates. These tiny flakes of mineral are chemically and physically inert and non-toxic. The only thing given off when they are applied is steam. The mist of AVD creates a film over the top of the burning fire, which dries instantly. The particles bind together and create a nonflammable oxygen barrier between the fuel and the atmosphere. The water evaporates and cools the fire.

So, battery safety includes charging in a well-ventilated area; making sure damaged batteries aren’t used; not allowing batteries to overheat and – if you are on a liveaboard with a charging station – ask about Lithex fire extinguishers. Guidelines exist for using lithium-ion batteries installed on vessels (Marine Guidance Note 550), but for those batteries that you bring with you, please take some responsibility.