A tribute to Reg Vallintine, diving pioneer and historian

Few individuals encapsulated the golden age of diving as completely as Reg Vallintine, first Director of BSAC and founder of the Historical Diving Society, who has died aged 92.

A first generation UK diving pioneer and early member of BSAC, he went on to become a resort manager; instructor to the rich and famous; dive school owner; explorer, author and historian.

His formative swimming experiences were in the warm waters of Jamaica, where his father had been stationed before the Second World War. Family legend has it that Reg and his brothers were ‘chased in by barracudas’ while swimming with their mother, who had herself been a competitive swimmer in her youth.

During National Service, he fell in with spear-fishers while stationed with the RAF in Gibraltar, and he quickly developed into an assured breath-hold diver. Fascinated by the underwater world, he became member no. 74 of the British Sub-Aqua Club, shortly after it was convened in 1953.

A career with the Land Forces beckoned; Reg was commissioned as a Second Lieutenant and posted to Hamm in Western Germany. However, the lure of the newly invented aqua-lung, proved too enticing; Reg took a train to Dartmouth, where he was taught to dive at The British Underwater Centre, run by RAF test pilot Captain Trevor Hampton.

The three-day course consisted of lectures and hands-on diving tuition, though the instructor didn’t accompany the students underwater. Instead, Captain Hampton would take them out on his boat and send them into the water with a safety line. Reg, wearing a rugby shirt for insulation, qualified as ‘British Manfish No 143’.

Later that year he joined the nascent British Sub-Aqua Club, as member number 74.

Enthused by the possibilities of diving tourism, Reg applied for positions with holiday organisations, and was tentatively offered a job with a dive centre based on the Costa Brava. The only hitch was that he had been selected to replace the existing manager, whose disciplinarian manner was ill-suited to the hospitality industry. This manager had somehow discovered that Reg was intended as his replacement, and so began a battle of wits recounted in Reg’s memoirs, Into the Blue - A Life of Diving.

Having survived his year of induction, Reg embarked on a career instructing and managing dive centres in the Mediterranean, during which he helped to set up a scuba school on the Italian island of Giglio. The island became a sort of spiritual home for him, as he amassed a huge number of dives and won over the locals with his easy charm. Years later he would return to Giglio with the (now eminent) archaeologist Mensun Bound, as one of his old dive sites turned out to be an Etruscan wreck of historical significance.

It was a period in which he regularly dived below 60 metres, sometimes resorting to in-water recompression in the event of a suspected bend. His stature grew further when he located and eventually raised the bodies of some German divers who had disappeared there two years previously, a deep operation fraught with danger.

It was a time when BSAC’s leading divers were becoming instructors at new dive resorts across the Mediterranean, and Reg was at the vanguard, setting up a school at the island of Zembra, off Tunisia, and also acting as a consultant for tourism bodies looking to exploit the new wave of diver tourism.

Always convivial, the friendships he fostered stood him in good stead, as BSAC’s then Chairman Harry Gould and Vice Chairman Colin McLeod asked him to apply for the new post of BSAC Director. He was appointed, seeing off a formidable set of rival candidates. Reg took up the post in January 1969, working from a modest office in Great Portland Street, London with his secretary, Harriette Rancom. Encouraged by the club’s next Chairman Alex Flinder, he presided over a period of rapid expansion for BSAC and diving in general. He also served unofficially as the club’s chief trouble-shooter, his affable manner often helping to persuade discontent branches not to break away. On one occasion when he had persuaded Scarborough BSAC to stay in the fold, one of the more aggressive campaigners came to see him after the meeting.

“You’ve got away with it this time,” he said. “But I’ll take you diving, and scare the pants off you.” “Yes please,” Reg replied. “Anytime.”

There was no questioning Reg’s diving ability. He was fit, strong and an extremely competent swimmer, capable of diving to the bottom of the Navy’s 30m training tank on a single breath. He was equally proficient in warm or cold water, and led several expeditions to explore the Hebrides and the Scottish Outliers during the 1970s. It is likely his was the first group to dive at the remote island group of St Kilda.

Reg’s diving activity was prolific during his decade as BSAC Director, which saw a rapid expansion in membership. He was involved in many of the key endeavours of the Seventies, including the search for the lost X-craft mini submarines involved in the 1943 attack on the German battleship Tirpitz.

In the early 1980s, he was also one of many BSAC volunteers to help with the excavation of the Mary Rose shipwreck, which culminated in the raising and preservation of the ship and its contents. He was still a prolific diver by this time, and took part in a 1981 expedition to Iceland run by Gordon Ridley, BSAC’s dynamic expeditions officer. There, they would dive around Surtsey, which was at the time the planet’s newest island, having been formed by volcanic activity 18 years previously.

In his post-BSAC years, Reg returned to dive schools, running London Underwater Centre (LUC) with his friend Alex Double and a coterie of trusted instructors. During this phase he became a fixer for television and, unofficially, ‘scuba instructor to the stars’.

Among his students was Sarah Greene of Blue Peter, who had to be trained to exacting standards before archaeologist Margaret Rule would allow her to dive on the Mary Rose site. And there was Anneka Rice, ebullient presenter of Channel 4’s Treasure Hunt, who had to train in preparation for an aquarium dive in Miami (it never took place – the aquarium changed its mind). She didn’t forget her brief diving experience, however, and later contacted Reg while filming for Challenge Anneka. In what could be seen as a forbear of the Diving for All ethos, Reg’s instructors taught a group of people with different forms of paralysis how to dive in Eilat, Israel.

Having founded the Historical Diving Society (HDS) in 1990, Reg’s attention started to wander from instruction, and he finally closed LUC in 1997. Among his last students were his godson Paul Selby, the son of his friends John and Janie Selby.

Reg revelled in his role as diving historian, interviewing his old diving mentor Trevor Hampton in 1988 and revisiting many of his old haunts, including Giglio. In 2003 he published a comprehensive history of BSAC, titled ‘The Club’ as part of the club’s 50th Anniversary celebrations.

The following years would be spent administering the Historical Diving Society and writing articles for its periodicals. Reg married twice, but his great love was the world of diving and adventure. He forged countless friendships along the way, many of which are mentioned in his autobiography ‘Deep in the Blue – A life of Diving’. The final lines from the book are from the poetry of Walt Whitman:

Sail forth, steer for the deep waters only,
Reckless O’ Soul, exploring, I with thee, and thou with me,
For we are bound where mariner has not yet dared to go. 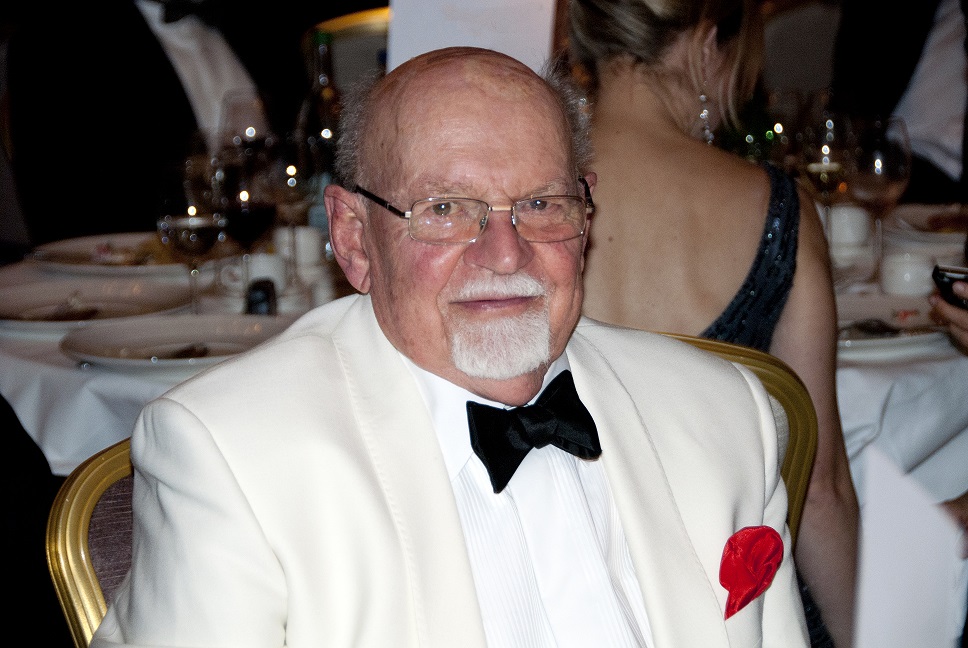 In 1966 Reg carried out a daring rescue of his friend, First Class Diver Ron Blake, who was trapped in a cave at 30 metres at Zembra Island. Shortly before Reg’s death, a reader requested we print an account of this near-fatal incident. Reg gave us his approval, and the story will appear in a future issue of SCUBA magazine.