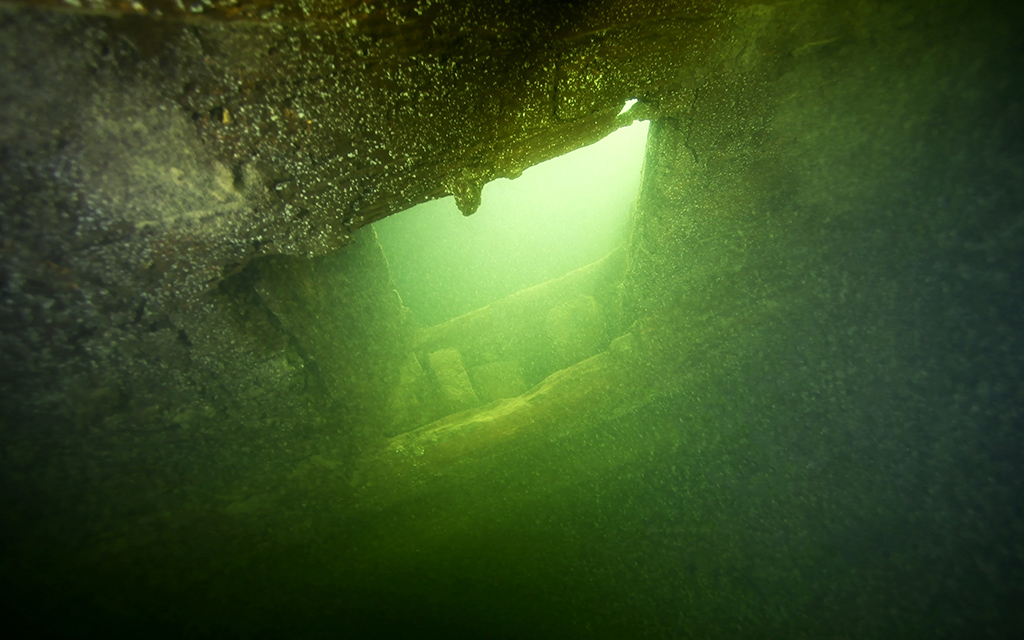 Swedish maritime archaeologists say they have discovered the wreck of Äpplet (the Apple), a 17th century warship, off an island near Stockholm.

Launched in 1629, Äpplet was built by the same shipbuilder as the famous warship Vasa one year earlier. Measurement data, the ship’s technical details, wood samples and archival data confirm that it is indeed Äpplet, Vasa’s sister ship.

The team behind the discovery are based at Sweden’s Vrak Museum of Wrecks.

In December 2021, a huge shipwreck was discovered there. Parts of the ship’s sides had fallen to the bottom of the sea, but the hull was otherwise preserved up to a lower gun deck. The fallen sides had gunports on two different levels, evidence of a warship with two gun decks. 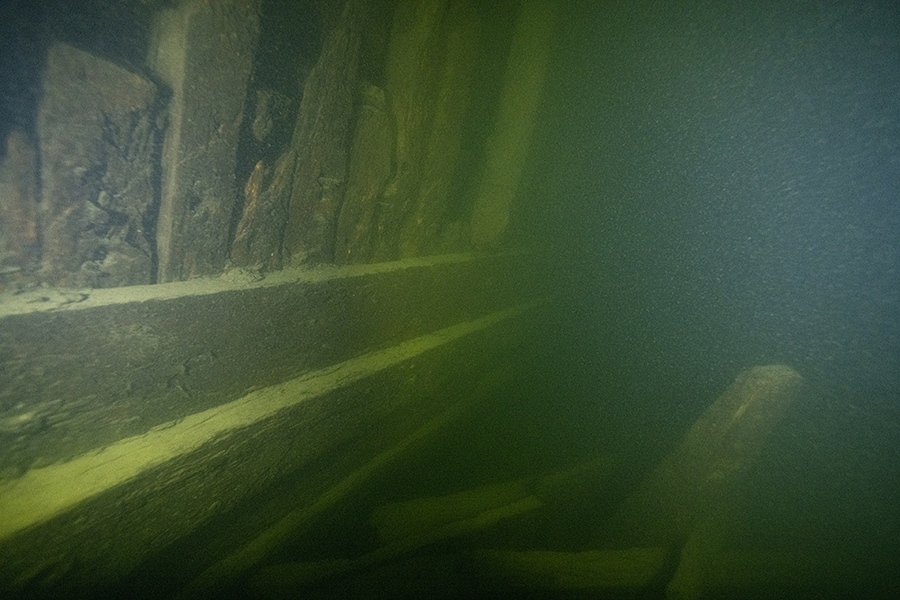 Äpplet port side with recess for gun port 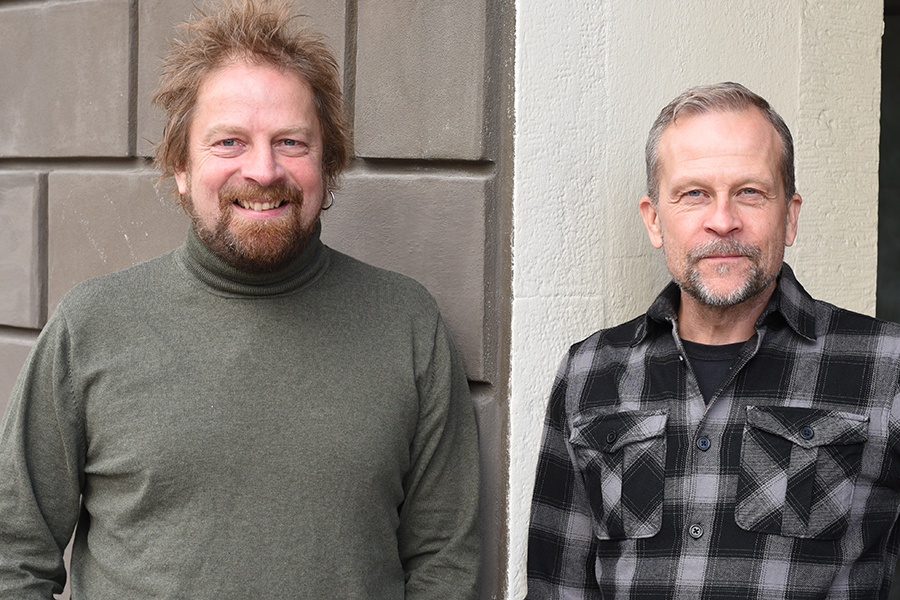 “Our pulses spiked when we saw how similar the wreck was to Vasa. Both the construction and the powerful dimensions seemed very familiar. The hope of finding one of Vasa’s sister ships was sparked within us.”

A second, more thorough survey was conducted in the spring of 2022. During those dives, ship details were found that had so far only been seen in Vasa, and several samples and analyses were made. It emerged that the oak for the ship’s timber was felled in 1627 in the Mälardalen area, east of Stockholm – in the same place as Vasa’s timber just a few years earlier. 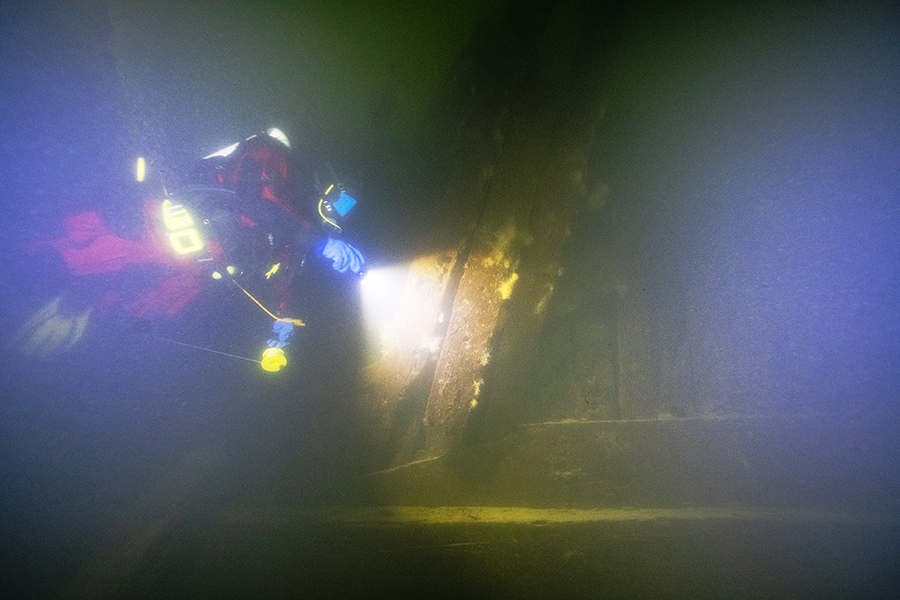 “The dimensions, construction details, wood samples and archival material all pointed in the same direction – amazingly, we had found Vasa’s sister ship Äpplet.”

King Gustav II Adolf signed a contract in 1625 to build two large warships – Vasa and Äpplet. Barely a year after the sinking of Vasa in 1628, Äpplet was completed. The ship was designed by Hein Jakobsson, the same shipbuilder who completed Vasa. He realized that Vasa had the wrong proportions even before she was launched, which could lead to instability. So Äpplet was built wider than Vasa, but the construction still proved to be unsuccessful. Building large warships with several gun decks was problematic.

When Sweden joined the Thirty Years’ War in Europe, Äpplet was among the ships sailing towards Germany. The ship was deemed unseaworthy in December 1658, and was sunk at Vaxholm the following year.

“With Äpplet, we can add another key piece of the puzzle in the development of Swedish shipbuilding, and it’s only now that we can really study the differences in the constructions of Vasa and Äpplet.” 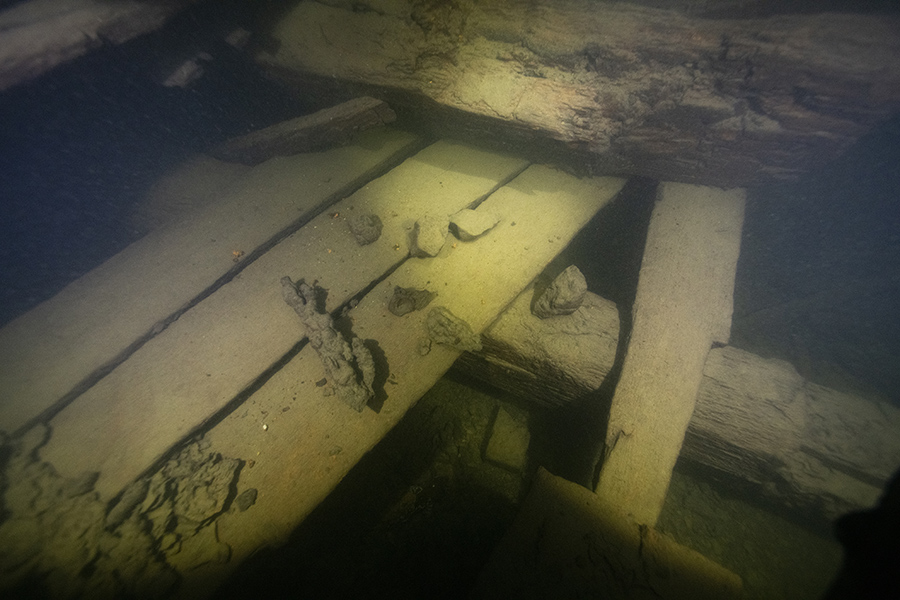 “This will help us understand how the large warships evolved, from the unstable Vasa to seaworthy behemoths that could control the Baltic Sea – a decisive factor in Sweden’s emergence as a great power in the 1600s.”

There is a diving ban in the area where the wreck of Äpplet is located.

However, divers looking for something different - and a warm Swedish welcome - are invited to visit the Diving Park i Dalarö, located south of Stockholm, and to Dalarödykpensionat where underwater guided tours are offered on wrecks dating from the 1700s.

The Wreck Appreciation course is the start of your journey to diving with a purpose and developing your own wreck projects. Completion of a BSAC Ocean Diver course (or have equivalent certification from another recognised training agency).