Torbet on the Tube: Served on ice 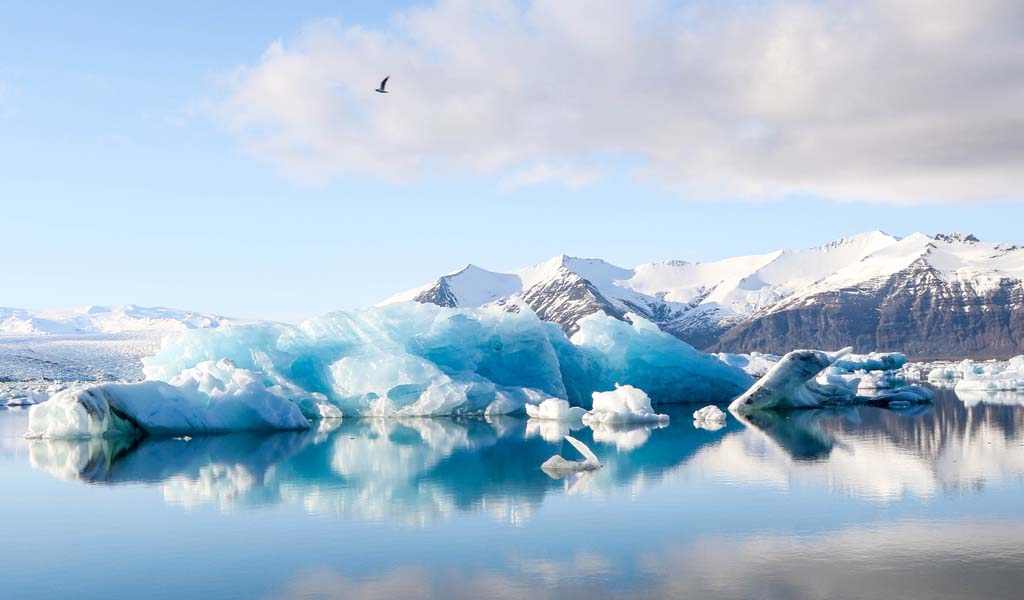 Andy Torbet is filming a new television series, pitting himself against various beasts of the wild. Here, he has a chilly dip to experience the environment of the ringed seal.

I write this from the discomfort of an economy airline seat, hours away from touching down in Heathrow, after a journey that will have spanned three days. The reason for this feat of airmile endurance was the remoteness of my final filming location for the North American leg of my series – Alaska.

The series looks at whether a man (specifically this one) can match the abilities of some impressive wildlife and this trip was about the Arctic-dwelling pinniped – The Ringed Seal.

For this, I’d be snorkelling in waters around the 1°C mark. Which does not sound too inviting but it was positively toasty in comparison to the MINUS 28°C of the air temperature. Clearly, in this type of environment, a snorkeller’s number one consideration has to be how to keep warm in and out of the water.

First, we have to deal with keeping warm before a dip. There’s no point starting cold, as you’re never going to get any warmer once you’ve hit the water. In an Alaskan winter, the topside temperature gets seriously low, so we used the relative comfort of a large tent with a log burner inside. I also had to stand on an old camping mat while changing, as the groundsheet had zero insulating properties and bare feet on the ice soon bled heat away. I also made sure my wetsuit was dry – it’s unpleasant enough putting a wet wetsuit on at the best of times, but when it’s frozen rigid and you have to beat it against the ground to loosen it up first it starts becoming a whole other kind of emotional.

I could have worn a drysuit, but I find them too restrictive when snorkelling. If you want to duck-dive, you’re either fighting a huge amount of extra buoyancy or you’ve weighted yourself close to neutral which means, as you go slightly deeper and the huge amount of air circulating around your suit compresses, you could become dangerously negative. However, under the wetsuit, I wore a Thermulation heated suit. This thin fleece suit has heated panels on the outside of the thighs and kidneys, and will work when wet so is perfect for under a wetsuit. It also has three setting. Clearly, I banged it straight onto ‘high’ and left it there. 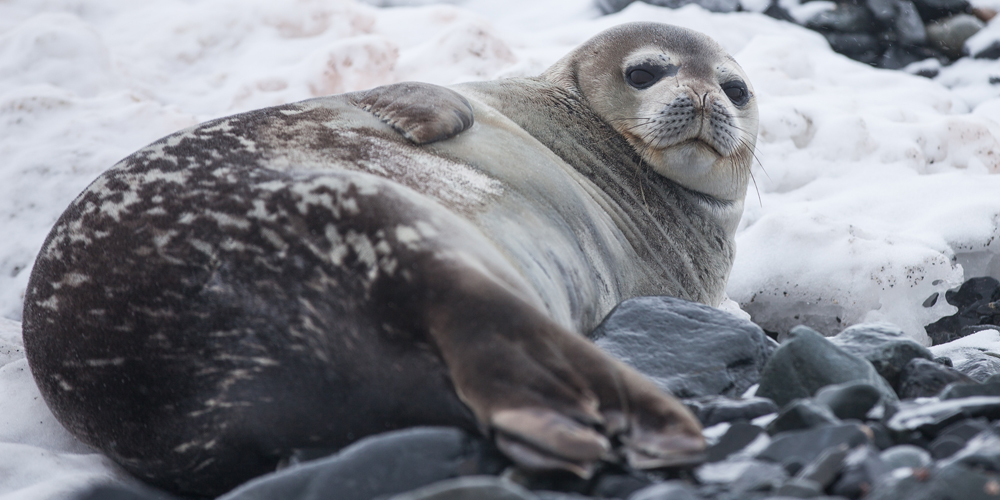 The ringed seal in its natural environment.

When you first hit the water you have to accept there may be an initial shock as it percolates into the neoprene. It’ll pass and the suit needs some water to start doing its job. After a minute or two, your breathing will come back under your own control as you acclimatise and it’ll begin to feel better – trust me. Then I keep moving. It’s one of the best ways of keeping warm and although it means a constant flow of cold water over your body the wetsuit protects you from the heat reducing symptoms this would normally create.

You need to know your limits. You have to exit the water when you’ve still something left in the tank. Pushing yourself until you need to be physically helped from the water means you’ve left it way too late. Everyone is different, I shiver very early on before I’m really that cold, so it doesn’t work as a signal for me. But years of diving and swimming in cold has taught me where my limits are and I make sure I’m exiting the water under my own steam and still feeling good. Then it was a quick dash into the heat of the tent to warm up for half an hour before going back for more.

All this may seem a bit extreme but it applies to the UK too. I snorkel in Britain all year round and have made dips on Christmas and New Year’s Day. Clearly, a well-fitting wetsuit helps, as does an appropriate thickness (I use a 7mm and I have friends who have 7mm on the limbs and 14mm around the body). A 5-7mmhood and gloves or mitts are also a good idea. The addition of an electrically heated suit or even vest makes a huge difference to how long you can safely endure the cold, and there are a number available safe to wear under wetsuits and take beneath the surface.

Have a plan to start warm and get warm afterwards, whether that takes the form of your car, a café or (only post-dive) the pub. And finally, think about how long your snorkels can be. In Alaska, I restricted myself to three dives of maximum 20 minutes each.

Ultimately, extreme conditions limit our activity, but with a little thought, planning and preparation they need to not stop us all together. And I’ve found that in the coldest spells here in the UK, with the kelp dying back and no planktonic blooms in the sea, or runoff limited in the lakes and close to no-one using the inland sites, you can get some of the clearest, quietest days snorkelling of the year.

Main photo taken by Jeremy Bishop - Cold water snorkelling presents its own challenges. Images in this online version have been substituted from the original images in SCUBA magazine due to usage rights.