The science of leg cramp whilst finning 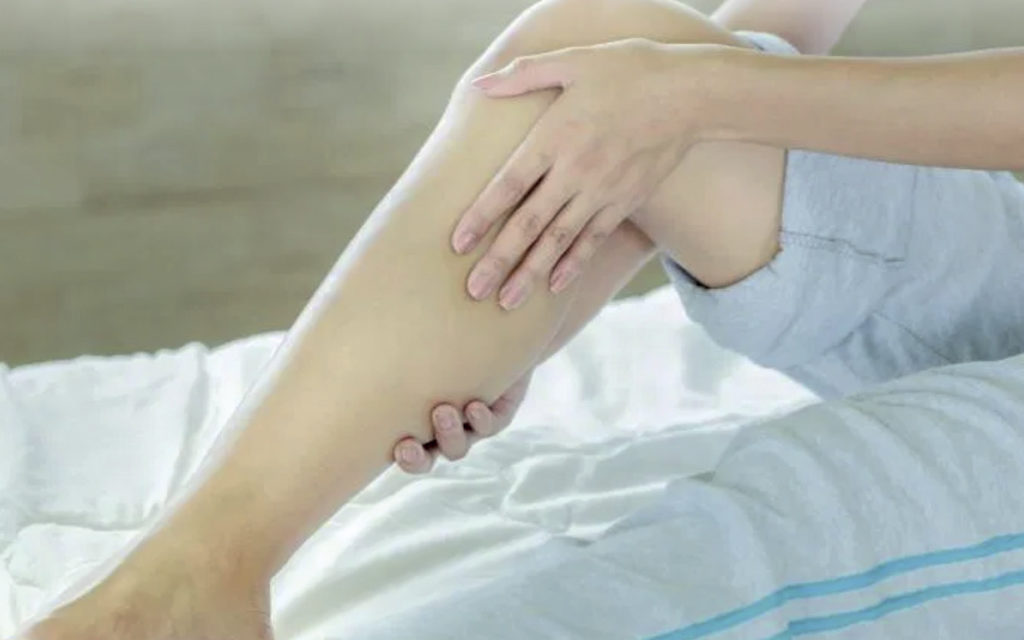 Ever get leg cramp while finning? Michelle Haywood digs into the science of muscle reflex and the central nervous system.

For many divers, the winter break of 2019/2020 extended into the Covid break of 2020 and then back into winter 2020/2021. As vaccine coverage improves and restrictions start to be lifted, then for some divers summer 2021 may be the end of a nearly two-year break. The term ‘dive fit’ gets bandied around quite a lot without necessarily explaining what that might entail. Equipment serviced and working? Suit seals checked? Your personal fitness? Your state of mind? Yep, it’s all of these.

Every year as the ‘season’ kicks off, I find it’s harder to carry more than one cylinder, but by the end of summer picking up two twin-sets is a doddle. Sadly I’ve never found the magic formula to maintain those muscles across winter. Pointlessly carrying cylinders around for just the sake of keeping a few muscles is a challenge that I’m not willing to take on.

The early season dives are normally a chance to take it easy. Let’s face it, most divers don’t like working too hard underwater anyway. If you find yourself swimming too hard, you’ll probably be cursing the dive manager in your head. Exercise-related muscle cramps are common in the large muscles of the legs during or immediately after exercise.

What is the reason for leg cramp?

For many years, we’ve been told that dehydration, salt deficiency and accumulation of lactic acid were the driving causes, but actually, there is little scientific evidence to support these connections. For dehydration to be a driving factor, you’d probably be displaying clinical signs of dehydration; dizziness, tiredness, dry mouth, lips and eyes.

Instead, the cause of cramps may lie in the reflex nerves that control the muscle. There are two sensory receptors involved, muscle spindles and the Golgi tendon organ (GTO). The GTO senses changes in muscle tension. It lies in the tendonous area at the end of the muscle fibre. If the GTO is stimulated it sends a reflex signal via the spine and causes the muscle to relax. The muscle spindle is embedded in the muscle itself.

The reverse situation occurs if the muscle spindle is stimulated and a muscle contraction occurs. Cramp occurs when the central nervous system (CNS) control of the reflex is lost. The GTO becomes inhibited and the muscle spindles become hyperactive. This leads to sustained activation of the muscle.

If we follow this theory through, then a muscle’s hyperexcitability is the basis of cramping and, therefore, stretching should counteract the cramp. And guess what? We’ve known that for years. Stretches need to be held for 15-30 seconds or until the muscles relax. After the cramp has gone, then avoiding exercise for the next hour or so and applying heat will help. This allows the muscle and the CNS to recover.

What can be done to avoid leg cramp in the first place?

Well, the usual suggestions of hydration and salt in the diet probably aren’t going to help. Albeit, it’s hard to do a controlled trial on yourself; hydrating one leg and not the other is impossible. Instead, we need to think about maintaining healthy reflex arcs. Poor flexibility caused by prolonged sitting, poor posture or inefficient biomechanics will make it more likely that the reflex malfunctions.

Age is also a factor and divers who haven’t ever experienced cramp may do so as the years advance. Increased body weight and eccentric muscle contraction (where the muscle lengthens as the load is greater than the force the muscle can produce) are both factors.

Lots of publications suggest that the choice of fins for the diver may be the single biggest driver of cramps. Weak leg muscles needing a smaller, thinner, flexible fin; athletic legs can drive wider, longer, stiffer blades. Fin manufacturers add in a number of features to improve performance, ribs, channels, vents and the material of the blade too.

However, it’s more likely that repetitive finning motions are driving CNS fatigue and loss of control of the reflex. If you feel cramp starting, change your position, change your fin stroke and maybe try to just float for a bit and allow the CNS to reset.