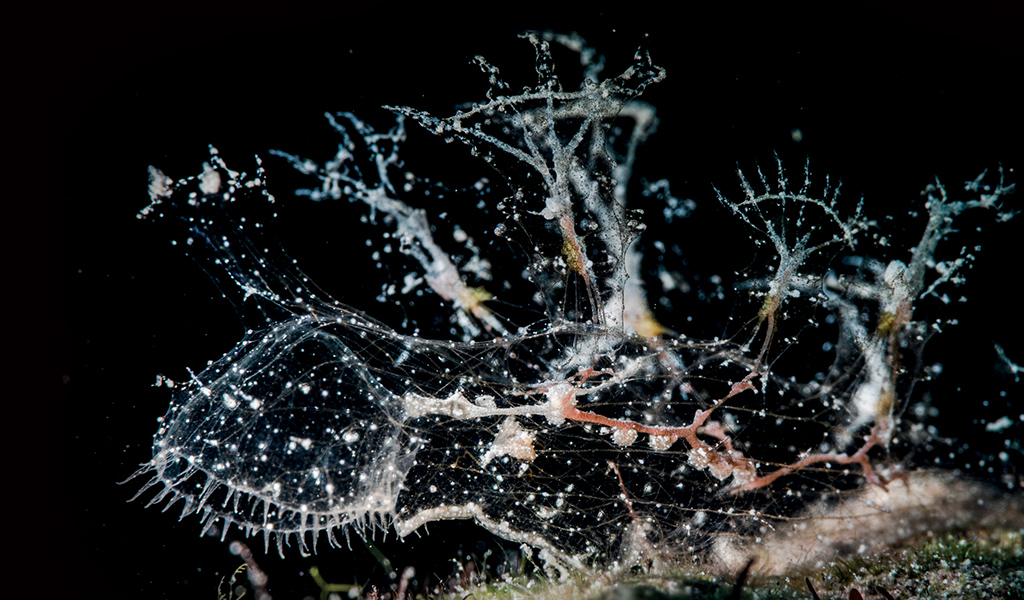 Kirsty Andrews is in South East Asia where she witnesses a culture of dive guides unnaturally manipulating small creatures.

On a trip recently I was asked by one of the other divers if I was "some kind of environmentalist or something". Quite a compliment, you might have thought, except that the tone was a perplexed and slightly mocking one. Let me explain.

Arriving at the dive centre, I had talked excitedly with one of the other guests about this particular wildlife hotspot and all the exotic species we could hope to see. It's fairly common in this part of the world to arrive with a list of desired creatures, a bit like the 'big five' on an African safari, except in this case it was more like the tiny two.

I was looking forward to seeing the delicate and intricately camouflaged Melibe species of sea slugs. My buddy explained that her local favourite was a tiny shrimp, only 2mm in size. It sounded fun. She enthusiastically continued that the guides at this particular establishment were really good and not only were they likely to find them but they'd pick them up in a bit of old shell and hand them to you so that you could look closely and take photographs. I looked at her in shock and said that if that happened I'd be having a word with my 'helpful' dive guide.

Sure enough, it turned out that the guides were really good spotters and a lot of animals were prodded, nudged and picked up for our benefit. Those intricate, practically see-through nudibranchs I'd longed to see were really difficult to find, except if you swathed through the soft corals with a pointy stick, thwacking the undergrowth in search of them. Then they were quite easy to find, and usually then deposited on a nearby rock for the divers to admire.

After dive one (and two and three - I got the message through in the end), I explained to my guide that pointing out the subject was enough for me and then they should move on. No touching, please. They were bemused but humoured me. Sadly, I could still see them behaving differently for the other guests, who had no such qualms. This is the problem, you see: I don't blame the guides for their behaviour, they are merely doing what they believe their guests want and ask for. Nor do I wish to single out this dive centre (I haven't named it), which was a well-run and otherwise admirable one, and I am sure there are many around the world where these behaviours continue. In fact, probably much worse behaviours. It is us, the divers, the customers, who need to lead the way.

If this kind of thing happened on days out on land then there would be an uproar. People would vote with their feet. For some reason, underwater we seem to apply different standards. Maybe it is because it is difficult to see distress in the face of a shrimp or a slug. Maybe, in fact, very little stress is caused - the examples I've given are relatively minor - but still, I would prefer to feel that minimal discomfort had been caused for my diving enjoyment.

In the UK, of course, we don't tend to have guides at all. Around the world, there do seem to me to be worrying trends developing where it is considered normal to manipulate and even harm wildlife for divers' pleasure. If you see this on your own travels, I hope that you too would channel your inner environmentalist and explain that you'd be much happier if the animals were left unbothered.

Are you a member and like what you're reading?

Go to your MyBSAC page and click 'Email options' to check you're signed up to receive emails.

This column was originally published in SCUBA magazine, Issue 99 February 2020.