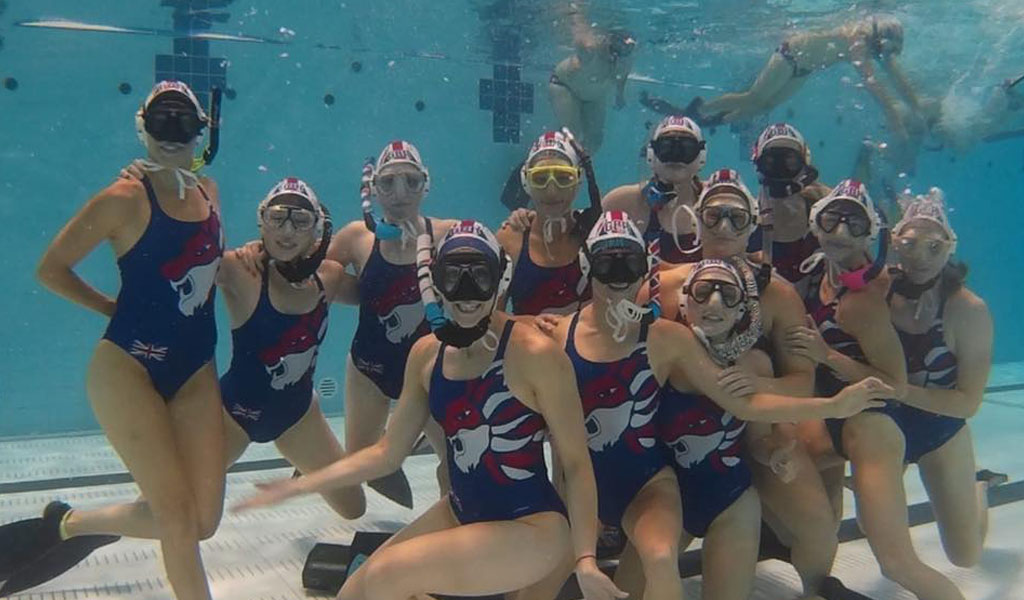 The women’s team were just pipped at the post to the Gold medal by New Zealand, in fast and furious final which saw a 2-2 draw at the final whistle, for the Kiwis to score the ‘golden goal’ in extra time.

Underwater Hockey – also known as octopush in the recreational playing circles – was created back in 1954 by BSAC club Southsea SAC to keep members active during the long winter diving months. The game is now played worldwide.