Should snorkellers carry cutting tools in the event of entanglement? 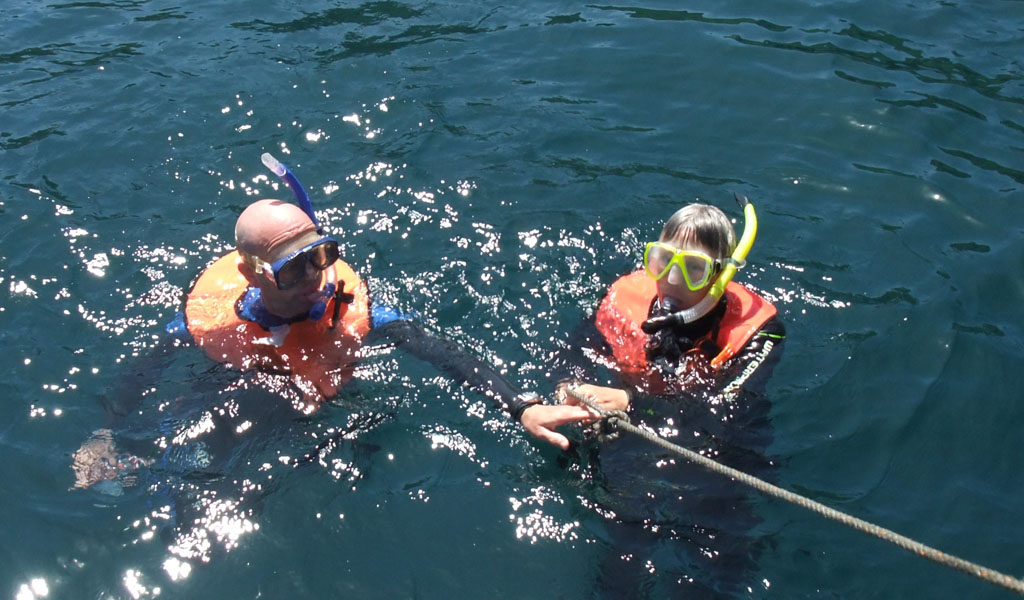 Blades of glory? Andy Torbet weighs up the arguments.

The year was 1988. Kylie topped the charts and still used her surname. The first Red Nose Day was launched and it was also the year I joined BSAC. I was only 12, so spent the first two years as a Snorkel Member. But even so I was subject to a rule imposed on all divers regardless of whether they employed scuba or snorkel – you must carry a knife.

Admittedly back then they were more akin to short-swords, strapped to the lower leg and, to a boy raised on Action Man™, they did look pretty cool. However, they were huge, thick things, more adept at crowbarring portholes than cutting mono-filament nets.

Torbet on the Tube: Blades of glory?

For a time in the 90s there seemed to be, to me at least, a burgeoning culture of not carrying any sort of blade. I think they may have been an attempt to distance the new ecologically and historically aware and sensitive diver from the past.

I never adopted the ‘no-knife’ approach. When I learned to dive it was made clear to me that a knife is just a tool and not a symbol of masculinity. And in the waters around the North East of Scotland, with its many fishing fleets and anglers, entanglement in lines and nets was a very real danger.

Today cutting tools have moved on from the daggers of the past and are designed for specific purposes. Most divers in the UK will carry something to assist with underwater problems although, if we’re honest, we probably use them more for cutting zip-ties and bacon butties then saving ourselves from the clutches of discarded fishing gear. But then they only need to be used for the latter once to justify having carried it your entire diving career.

But how many of us carry some kind of blade when snorkelling?

Snorkelling is viewed, quite rightly, as simpler, easier and less technical. It’s significantly less complicated and does not carry the same, or as many, dangers as scuba or CCR diving. But that doesn’t mean we should be blind to some of the potential hazards.

The greatest concentration of commercial fishing nets and lines tend to be on and around shipwrecks and beyond the reach of a snorkeller. But closer to the shore, the common haunt of snorkellers, we can still find gear washed up or lines, hooks and weights from recreational sea-anglers. I have snorkelled a number of popular shore dives along the South Coast of England, where the water just off the beach is littered with fishing gut and lead weights.

I have a few different knives and blades, and use whichever tooI I think will be the most useful for the area. Clearly when cave diving I’ll carry two or three different cutting tools in different places, but when snorkelling I’ll usually only carry one. Since I’ve found mono-filament net and thin fishing line is the most common type of entanglement hazard to encounter while snorkelling, I carry the best tool for slicing through these.

The type of tool with a razor-like blade which has a hooked end for capturing the thin net or line is the one I’ve found to be the most effective and, crucial when things are getting stressful, easy to use. I carry it strapped not to my lower leg, hard to see and reach, but to my left wrist (I’m right-handed). Easy to find and draw.

Be aware of your snorkelling environment

Prevention is better than cure. Being aware of your immediate environment and avoiding any hazards is always the first option. I have never, in 30 years of snorkelling, become entangled in anything.

However, the seriousness of becoming ensnared while snorkelling, especially if during a duck dive, is obvious and a means of quickly and simply extracting yourself could save your life.

Images in this online version have been substituted from the original images in SCUBA magazine due to usage rights. Featured image by Margaret Baldwin.