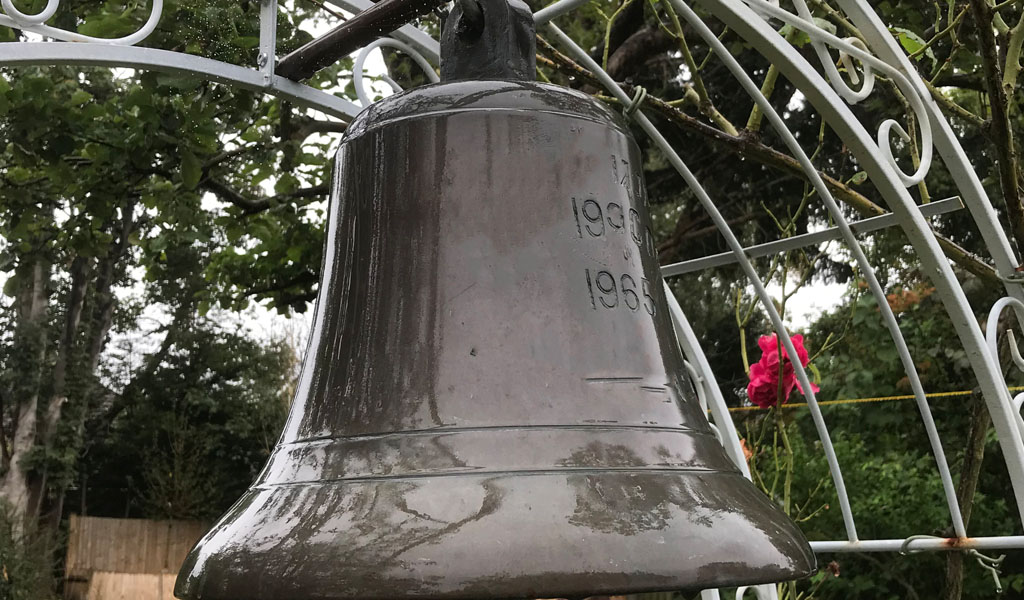 John Fowles recalls the influence of a bygone generation of wreck divers.

This short story was an entry in the SCUBA shorts writing competition organised by SCUBA magazine. The competition was for short stories inspired by members' time underwater, whether fact or fiction; reportage or rant. Here's John's tale...

I started diving in 1978 captivated by the exploits of Jacques Cousteau and the crew of the Calypso. What a life, diving virgin wrecks including the Thistlegorm, resplendent in her livery. It fuelled my imagination.

On club nights I listened to stories of wreck discovery and the traditional bounty of portholes, capstans and the most prized – a ship’s bell (these do not give themselves up easily, I was warned). This generation of wreck divers went in armed with lifting bags, knives resembling a pirate’s cutlass and crowbars. It saves putting more lead on your belt, I was knowledgeably informed.

I only dived for a couple of years, distracted by other pastimes along with the inevitable discos and night clubs until resuming diving in 2005. I have now amassed around 800 dives but the closest I have come to seeing a ship’s bell is at The Prince of Wales, its distinctive sound calling for last orders.

Fast forward to 2017. I was asked to value a lovely Georgian home in Richmond, a large house with gracious proportions along with a beautiful garden complete with parterre, rockery and quintessential water feature. Many of these homes were built from the decommissioning of the ships with their huge timbers. The owner was looking to sell after the death of her husband. Over refreshments, my eye was drawn to a familiar shape-albeit camouflaged by a well-established clematis. Intrigued, I looked closer and there she was, a prize example and inscribed. It measures 45cm and with a circumference of 125cm.

The owner knew very little about it – friends had given it to them years ago and from subsequent research, it was from a frigate working out of Haifa in Israel from 1965. How it got to the UK remains a mystery. It was unlikely to be hand luggage with its weight of 21kg.

On learning I was a diver, she very kindly gave it to me, though she had been about to sell it. I was in the process of taking it to my car when two eagle-eyed scrap dealers were passing and almost wrestled it out of my arms, offering £150. No sale! It now rests peacefully in retirement far away from the noise and bustle of port life, amid bird song and most appropriately, water as I have a stream at the rear of my home.

The views expressed at the time and the lust for brass are fortunately no longer supported by the majority of responsible divers, along with myself and fellow club members. It was simply how things were at the time.

The journey through the entries of the SCUBA Shorts writing competition continues. SCUBA still haven’t picked a winner, so these entries are all in the running to win an O'Three 90-Ninety Tri Lam Drysuit worth £1,795.

The winner will receive the much-praised new TriLaminate drysuit from this competition’s official sponsor, Portland’s masters of drysuit diving, O’Three. This is a prestigious, premium quality suit from a respected company with a proven track record in keeping divers warm and dry in the most demanding environments.

Become a member of BSAC today.

Learn to dive (from the comfort of your own home if you like!) or if you're already trained, come diving with us! Either way...we'd love you to join us.