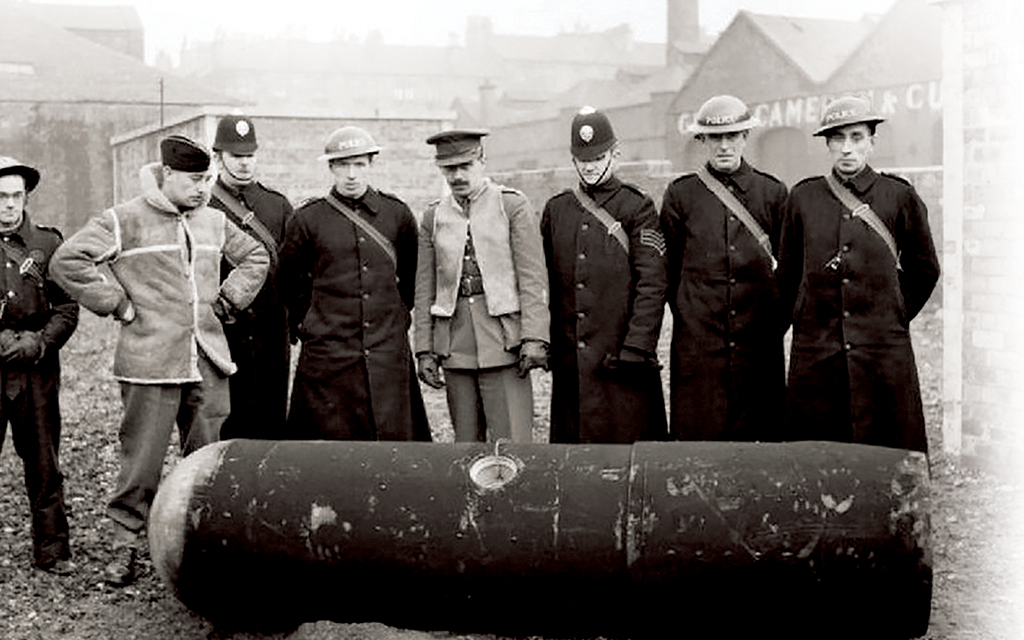 Michelle Haywood looks at the science of magnetised metal and its effect on divers and naval warfare.

One of the hardest skills for some divers is learning to use a compass. Once you've mastered the technical aspects of making sure it's moving freely and not locked off inside the casing, the biggest hurdle is trust. You need to gain a Jedi-like perspective as you accept Obi-Wan's guidance to "Use the Force." And generally, that's fine, until there's a nearby wreck and your compass stops being attracted to the earth's magnetic field and starts interacting with the ship's magnetic field instead.

During the American Civil War, mines were developed that were activated by contact. The target ship hit the horn on the mine, then the soft metal of the horn buckled under impact, smashing a glass ampoule with battery acid inside. The acid electrolyte dropped into the waiting battery, energising it and heating a platinum wire inside the mercury fulminate detonator. Boom.

At the start of the Second World War, the Germans developed a new magnetic trigger for mines. For a while, the British were stumped as to how these mines worked. But in November 1939, a German mine was dropped from an aircraft and landed on mudflats in the Thames Estuary at low tide. The mine was disarmed and taken to Portsmouth, where the mechanism was examined. A magnetic needle, which was pulled by the target ship's magnetic field, completed the circuit and fired the mine. Later sophisticated versions would use a counter that didn't fire for the first few ships to pass.

Establishing how the mine worked held the secret to protecting vessels - you just need to wipe out the magnetic signal. Magnetic field strength is measured in units named after Carl Gauss, so the process of removing the magnetic signature is known as degaussing. Remove the magnetic field for the ship and it can safely pass over the mines without triggering an explosion.

There were two ways of cancelling out a ship's magnetic field. The permanent one was to put thick bands of electrical wire around the length of the vessel, known as coiling. Passing an electrical current through these cables generated an electromagnetic field that cancelled out the ship's own field, thus rendering the ship invisible to the mine mechanism. Royal Navy Commander Charles Goodeve oversaw this system and it even allowed for the polarity to be reversed when ships were in the southern hemisphere so that the ship appeared to have the same magnetic field as the natural background. But this equipment was expensive and difficult to install.

Measuring a ship's natural magnetic field was a complex business. A series of magnetometers were anchored to the seabed about five metres apart for a 150m run. Each magnetometer was connected to a fluxmeter on the shore. The ship passed over the magnetometers and the readings from the fluxmeter were used to create the ship's signature. From this starting point, the number of turns of the degaussing cable could be increased or decreased, or the current altered until the signature was minimised.

A second quicker method was to wipe the hull of the ship with a current-carrying cable running a pulse at about 2,000 amps. The large cable was dragged down the sides of the ship in a process known as deperming. This wasn't a permanent solution though because as the ship travelled through earth's magnetic field it slowly became magnetised again.

This started in late 1939 and helped protect many of the vessels that carried out the evacuation from Dunkirk. In a four-day marathon session prior to the evacuation, more than 400 ships were 'wiped' in this way, though there are concerns that some of the 'wiping' may have not been as effective as was hoped. The Isle of Man vessel, Mona's Queen, was lost to a magnetic mine on 29 May 1940, just outside Dunkirk harbour, and stories persist to this day among the relatives of the crew that the ship wasn't properly protected from the fatal attraction.