In the know at Kernow Dive Festival 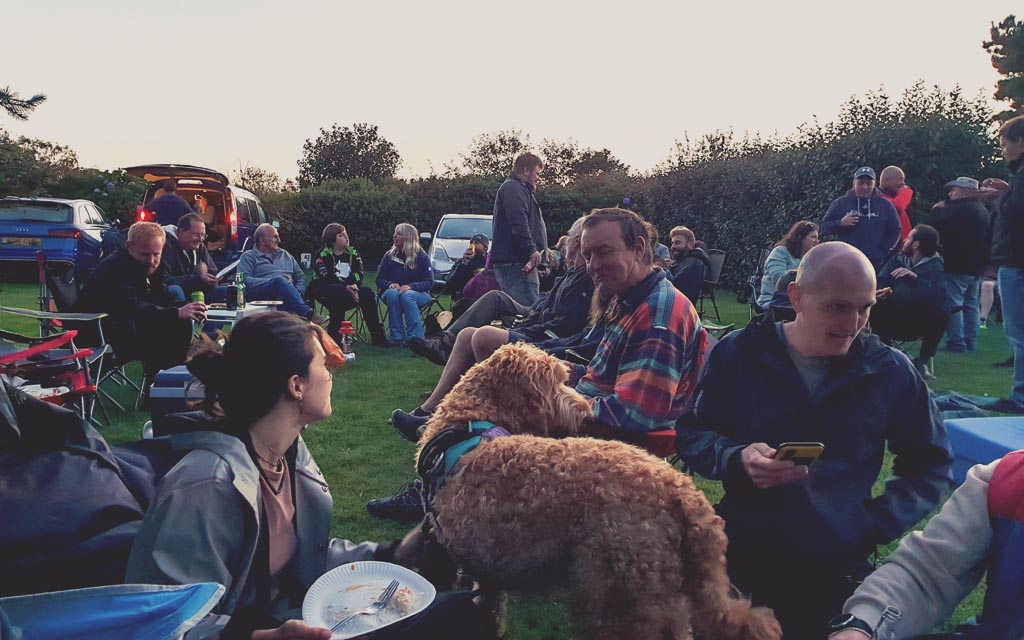 Yo-Han Cha is a fan of West Cornwall, camping and gluttony, and thus ideally qualified to cover the Kernow Dive Festival...

I’ve got to hand it to the organisers of the Kernow Dive Festival, which took place in September, attracting 70 divers from 10 clubs. The clubs brought their own RIBs and took divers on a tour of some of the best dive sites in West Cornwall. Add to this a barbecue and raffle evening to raise funds for DDRC, and you have a significant event to organise... a headache, even, especially so when you get awkward types* asking if the organisers could also throw in vegan breakfasts**. I think Dave White, who was co-ordinating all the diving, got the joke, although next year he may have the last laugh and put me down as vegan for the barbecue.

Of course, Covid-19 had put paid to the June date for the 2021 Kernow Dive Festival, but where there’s a will, there’s a way and it happened in September instead. There were a few differences to the planned event, as there was no marquee and the sun set a little earlier, but most importantly, the friendly atmosphere of divers coming together from different dive clubs, meeting old friends and making new ones was still there.

The rain from Friday had dissipated and the sun shone as two waves of divers departed Penzance across numerous dive sites. Dave had worked wonders and managed to get most people their first choice of dive site. He had even managed to organise some great visibility underwater, which was handy on my dive site of choice, the Runnel Stone, where the swell was, let’s say, sporting. It may even have caused my buddy, Roisin, a bout of sea sickness. Regardless of the swell and any other upwellings it may have prompted, the Runnel Stone is a beautiful site covered in jewel anemones – even Roisin was happy to be able to dive there.

Once the diving was over, everyone congregated at Cardinney Camping Park for the barbecue and raffle. Everything was outdoors, as life wasn’t completely back to normal, but the weather remained dry and most of us had brought a camping chair or two. There was plenty of laughter about the day’s diving and life in general over a feast that kept flowing from the barbecue. As the night drew in, most of us wrapped up (Yvonne Oates, you were right, I was only pretending not to be cold) and kept the party going until the campsite’s 10pm curfew kicked in.

The winds picked up on Sunday, which meant all the boats stayed dry but shore diving was still available for the keener (or the dafter) among us. Roisin and I finished the weekend with an amazing dive off Silver Steps, Falmouth [incidentally, Neil Bolton, it was awful, so don’t feel bad about missing out], we saw a stalked jellyfish, two different species of pipefish, what I call vegetarian nudis (I think Elysia viridis) and as we were heading back, some cuttlefish decided to show up. But, yeah, Neil, it was awful, as in awfully excellent. I do love diving off Cornwall and the Kernow Dive Festival is a great place to meet people who feel the same way. Here’s to next year!

* Your author, in case there was any doubt.
** No disrespect intended towards vegan readers. The organisers covered everything but the breakfasts.