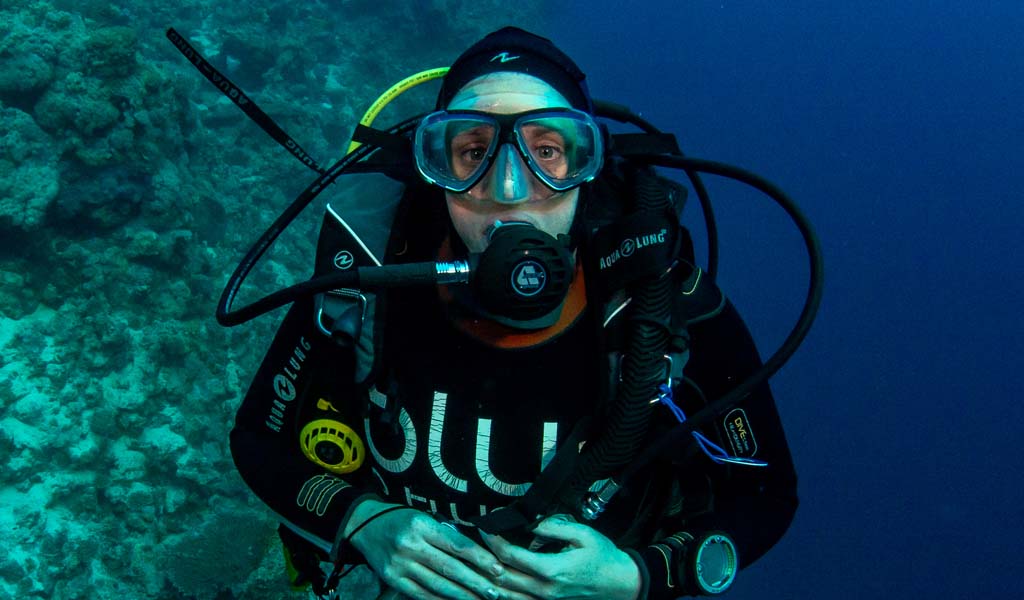 SCUBA columnist Yo-Han Cha has some advice for divers who find it a challenge to don their suits, and now may be the time to practise at home...

Lubrication. No need to giggle, this is a family-friendly article. But the concerned looks a new Ocean Diver gave us about the lubricative gel produced on boats suggests this is an aspect of diving culture for which he was unprepared. Nevertheless, there’s no denying it can increase the life of neck and wrist seals by putting less pressure on them; and it just makes getting in and out of your kit so much easier.

I first had my first major exposure to lubrication when I went on my first dive trip. There was talcum powder, Jollop and silicon spray a-plenty and I was wondering just what I’d got myself into. There were none of these exotic substances when I learned to dive in a wetsuit, but I soon cottoned on.

First, I learned that talcum powder was for latex seals, Jollop and silicon spray for neoprene seals. I later learned of the wonders of baby shampoo for easing my way into a drysuit, as it was dual purpose and also defogged my mask. I’ve never had silicone seals so I’ve never retained the relevant lubrication knowledge for them, but I’m sure one of the previously mentioned items will do the trick.

I thought I had become quite the authority on this subject, until a recent Red Sea liveaboard trip where the question of lubricating yourself to get into a wetsuit came up. One of my fellow divers who shall remain nameless – Wendy – had been struggling to get into her wetsuit and needed assistance. Meanwhile, to my surprise, my skin proved to be soft and sensitive, it was struggling to cope with the rigours of multiple dives a day and signs of chafing were showing. This began some in-depth discussions on what we could use that was available on the liveaboard to lubricate ourselves.

My quest for lubrication was pretty short, as one of the other divers had overheard our discussions and offered me the use of her coconut oil – thanks, Marielle! This worked wonders and prevented my wetsuit from doing more damage to my skin. Although, when  I returned to work, the circular chafing around my neck was sufficient for my manager to ask awkward questions about what exactly I had been up to.

Meanwhile, Wendy first tried conditioner to help ease her way into her wetsuit. This proved successful but her resources were limited, as she had foolishly only bought sufficient quantities for her hair. I don’t really understand what conditioner is used for, having never had long hair but she apparently wanted to continue using it for its original mysterious purpose and she turned to another source of lubrication… butter.

This she says, worked a treat. Although kitting-up involved a quick trip to the kitchen. Nevertheless, well-buttered legs slipped straight into and out of her wetsuit. She had to make sure said dairy product was scrubbed from her legs before venturing into the Egyptian sun, or we may have been tempted to add some sage and onion to our roasting friend.