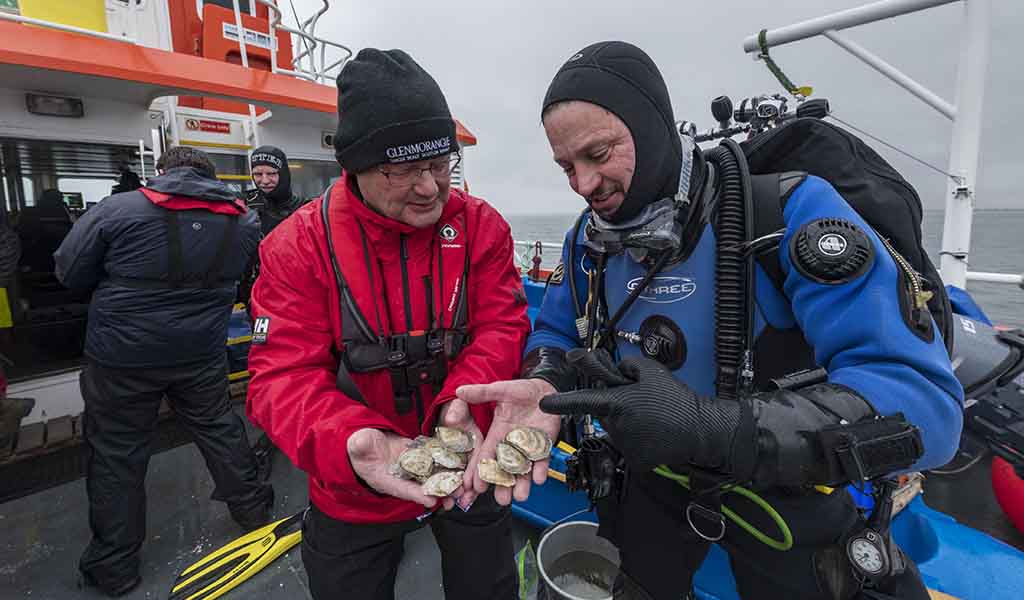 Glenmorangie distillery returns 20,000 oysters to the sea near its home.

A total of 20,000 oysters are to be introduced into the sea near Glenmorangie’s Highland home, as part of the Single Malt whisky’s ground-breaking project to restore oyster reefs fished to extinction a century ago.

In pursuit of its vision to enhance the marine biodiversity of the Dornoch Firth, Glenmorangie and its partners last year placed 300 oysters in its protected waters, to confirm the species could survive. Now, for the second phase of the project, they are to recreate entire reefs – the very first time this has been attempted anywhere in Europe. 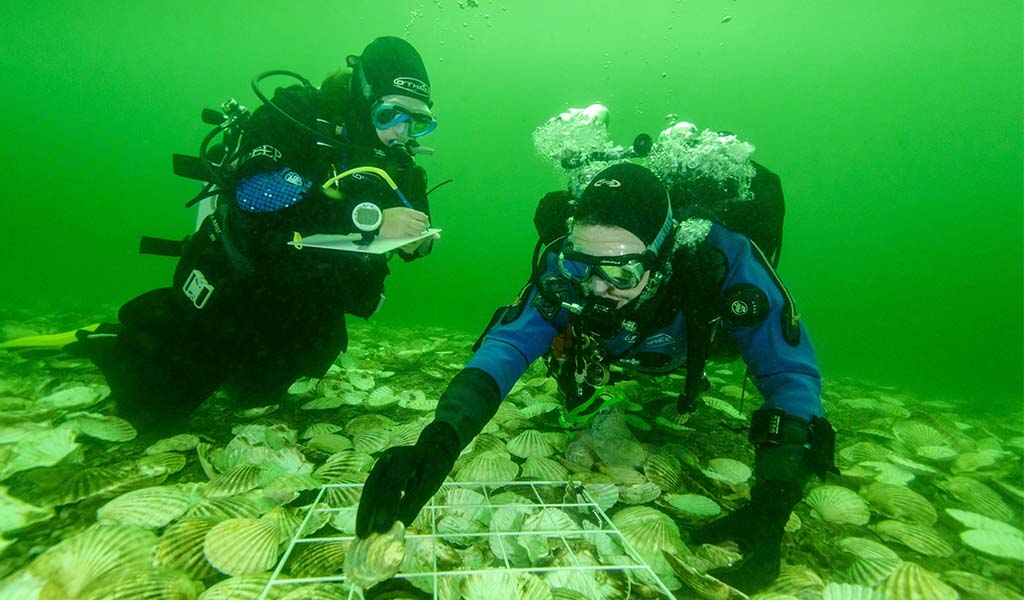 Glenmorangie is dedicated to protecting and improving the beautiful surroundings which have been its home for 175 years. With this commitment in mind, it forged the Dornoch Environmental Enhancement Project (DEEP), with Heriot-Watt University and the Marine Conservation Society in 2014, to bring oysters back to the Firth.

We are very excited to move DEEP to its next stage and have been hugely encouraged by the enthusiastic support that our meticulous, research-led approach has received from a wide range of Scottish Government agencies and native oyster growers – it is a truly collaborative effort. We are all very proud that in our 175th year the Distillery has such a pioneering environmental project right on its doorstep.

Established reefs in the Firth will increase biodiversity and act in tandem with Glenmorangie’s anaerobic digestion plant, to purify the surrounding seas of their distillation. 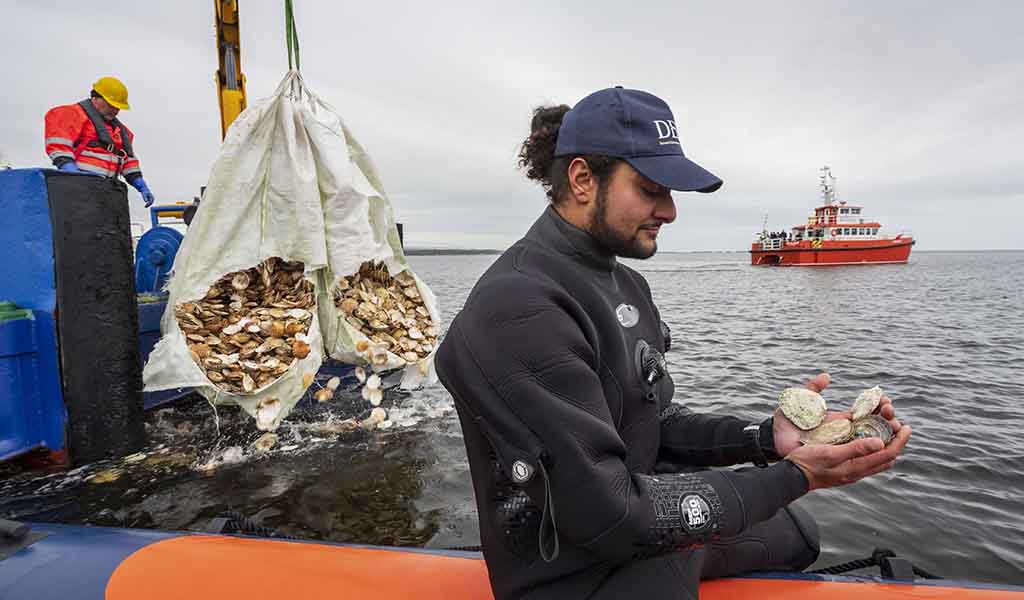 These oysters thrived, paving the way for a feat never before attempted in Europe – recreating natural reefs. From this month, 20,000 oysters will be carefully placed on the first of these reefs, specially created from waste shell, to mimic their natural habitat.

This is the first time anyone has tried to recreate a natural European oyster habitat in a protected area. Working closely with Glenmorangie, we hope to create an outstanding environment for marine life in the Firth – and act as a driving force behind other oyster regeneration work across Europe.

The native oysters, all grown in the UK, painstakingly cleaned and checked for disease and unwanted hitchhikers, will be regularly monitored. Based on a successful outcome of this 20,000 oyster trial numbers will be increased to 200,000 over three years. Over five years, the population will be built up to four million, spread over 40 hectares restoring the self-sustaining oyster reefs that existed in the Firth, until they were fished out in the 1800s. 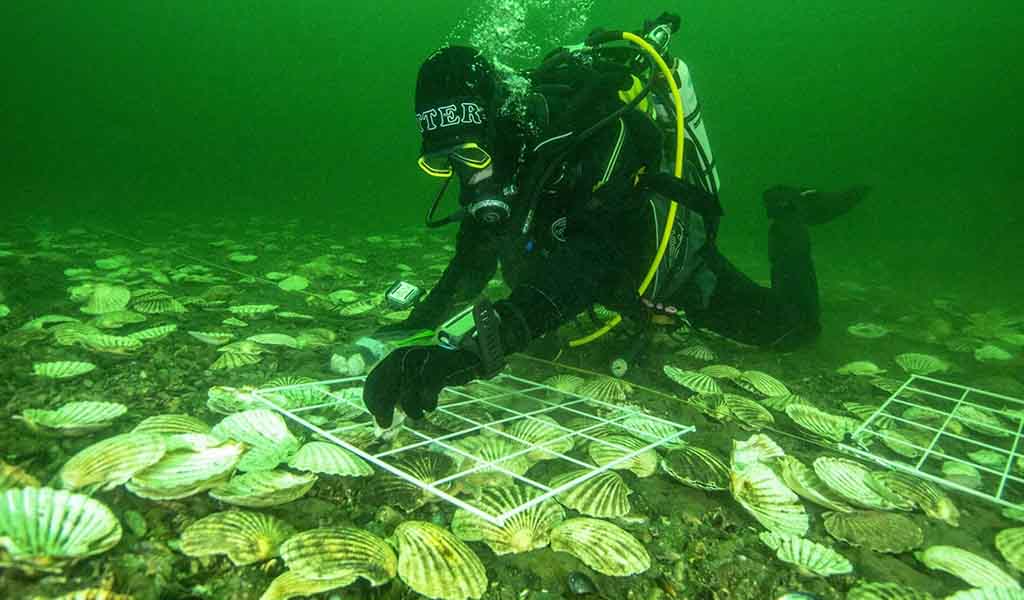 An Independent Research Advisory Panel (IRAP) of leading European Marine scientists has also been created. Led by Professor John Baxter the panel will have oversight of the DEEP project.

Thomas Moradpour, President and CEO of The Glenmorangie Company, said:

DEEP is a vital part of our vision for a fully sustainable business. Supported by Moët Hennessy Louis Vuitton and our partners, we’ll do all we can to champion this innovative project, soon to be showcased at our Open Weekend at The Glenmorangie Distillery.