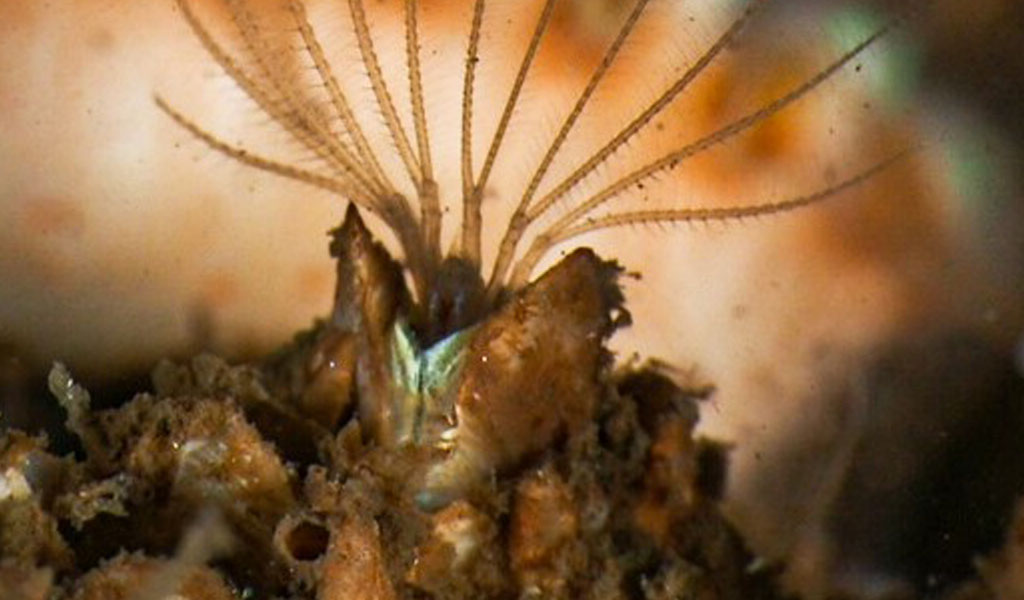 Yo-Han Cha’s thoughts turn to the supposed perils of the sea, real and imagined.

I recall the fearful words of the Ocean Diver’s parents: “We’re scared you’ll be eaten by Humboldt squid off Scotland!”

There’s often massive misconceptions and ignorance in the non-diving world about life underwater, but that last statement is the among the most laughable I’ve had levelled at me. The most common question I get asked is: “Aren’t you scared of sharks?” – No. The second most common question is: “Are there sharks in the UK?” – Yes, then cue the first question. I guess there’s a fear of the unknown that extends to the sea. The media and Hollywood with their sensational journalism and films about sharks don’t help. The Humboldt squid statement may have also been partly my fault.

It started when one of the newly qualified Ocean Divers was trying to convince her parents to let her go on my club’s Easter trip to Mull instead of whatever it is non-diving people do around Easter. Her parents were initially objecting due to fears that their precious daughter would be eaten by sharks. When she told us this during our weekly pub night, we all laughed and I may have made an off-the-cuff remark that it’s not sharks that I’d be scared of seeing, but Humboldt squid.

And it’s true! I’ll admit that 1.5 metre-long intelligent animals that hunt in packs and are known to be aggressive to humans do scare me. If you’re getting concerned, they live in the Pacific, so not a danger if you’re diving in the Sound of Mull. The following week, much to the amusement of the club, this off-the-cuff comment made its way back to the aforementioned Ocean Diver’s parents and was returned with interest.

When we’re scuba diving, most of the life underwater is harmless. Even the life that has teeth and could potentially hurt us (sharks), would rather swim away than confront us, especially if I’m trying to take a photo of them. But we should still treat them with care and respect. You never know what may be waiting for you out there.

You see, there’s one animal out there that cut me deep. Deep enough to show that blood really does look black underwater, and prompt the guide to joke that they’d use me to chum the water for sharks. It happened on my first boat dive when I was learning to dive and although I had been warned about this animal, there was a lot going on. It was my first boat dive, everything was still very new and I forgot the warning and I now have 1cm scar on my finger as a reminder of how sharp barnacles can be.

I had been warned to be careful when descending the shot line as there were barnacles growing on it and that they were sharp, but the new diver that I was, I was gripping the shot line for dear life. I don’t know when my finger got sliced, I only noticed when I got to the bottom that there was black stuff (it took me a second to realise it was blood) coming out of my finger (I was really excited to be scuba diving).

So, if you are apprehensive about how the life underwater will interact with you or you need to reassure loved ones about an upcoming dive trip, don’t worry – the ‘scary’ ones with teeth are most likely to flee, but treat all life with care and respect, especially those dastardly barnacles!

This column was originally published in SCUBA magazine, Issue 103 June 2020.