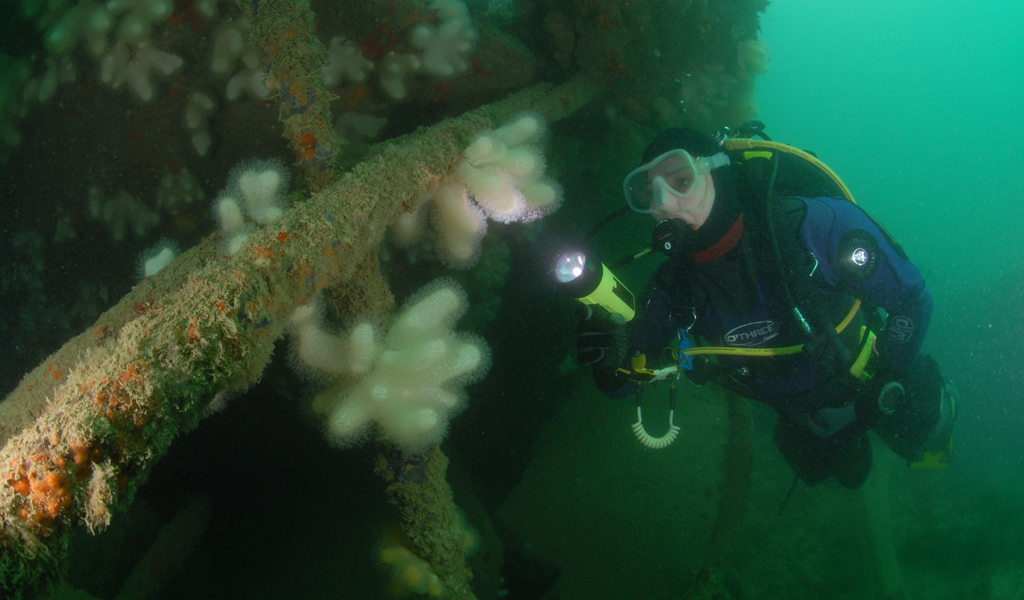 If successful, it could offer another way to protect our wrecks while allowing diver access

With just over a year until the 75th anniversary of the D-Day landings, part of that historic World War Two event is currently the subject of a protection by scheduling application.

BSAC recognises the importance of the Outer Mulberry off Selsey Beach and has been asked to comment on an application to formalise its protection under the Ancient Monuments and Archaeological Areas Act.  If successful, the application could also see a change in the way dive sites can be protected in English waters.

For many years a problem with the Protection of Wrecks Act 1973 was that divers could not dive on a protected wreck without a licence from Historic England. (Scotland solved the problem some time ago by using a different way of protecting important shipwrecks.)

As National Governing Body, BSAC has responded to a recent invitation by Historic England to comment on an application to protect the Outer Mulberry off Selsey Beach in Southern England using the Ancient Monuments and Archaeological Areas Act (AMAA 79). This Act has not been used before in England to help protect wreck sites.

The Outer Mulberry’s beginning was as part of an artificial harbour construction that would allow Allied troops and supplies to get ashore on what became known as the D-Day landings. This one never made it across the Channel and it has been a fantastic site for marine life since it sank 75 years ago just off the West Sussex coast, and also dived and enjoyed by all level of divers.

The application to protect the Outer Mulberry site through the Ancient Monuments and Archaeological Areas Act has recently been submitted to the Department of Digital, Culture, Media and Sport (DCMS) and which, if successful, could see another option for protecting our historically important wreck sites in English waters while ensuring responsible diver access.

The really exciting thing about this way of protecting our underwater heritage is that, just like an ancient monument on land, you don’t need any form of licence or permission to dive the site - but it does have protection against unauthorised interference.

If this application works it could really change how wrecks are protected in English waters, and at the same time, accessed freely by divers, as long as they don’t interfere with the site. We are waiting for the decision from the DCMS and will report the outcome as soon as it is known.