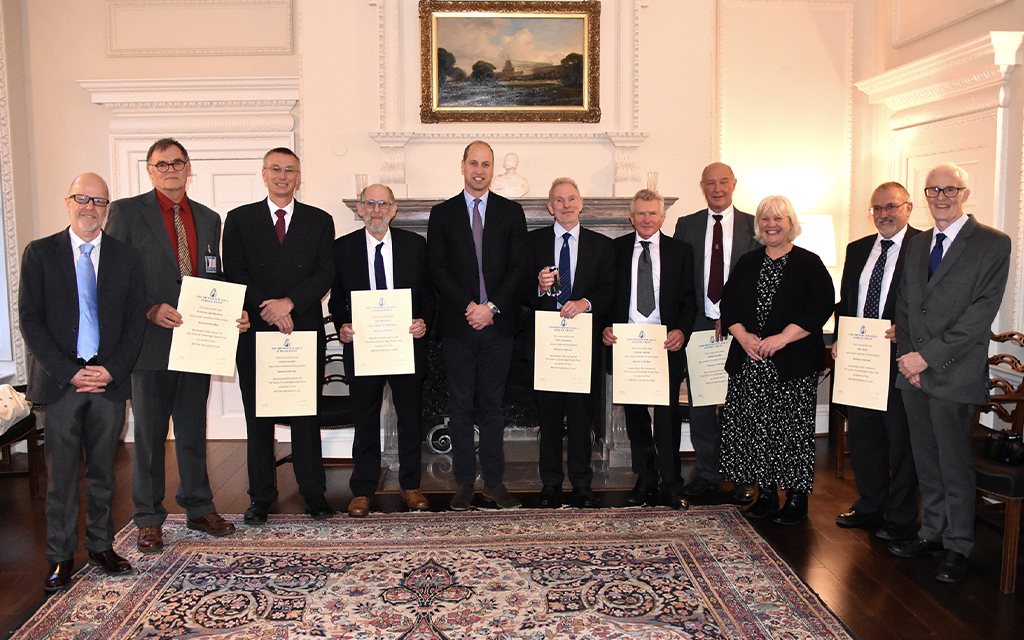 The Duke of Cambridge Scuba Prize is awarded annually to the BSAC member or group of members for outstanding achievements in research in scuba diving.

We are very proud to say that the President of BSAC, HRH Duke of Cambridge, presents the award annually to the winning project team and congratulates the highly commended projects.

The winning project of The Duke of Cambridge SCUBA Prize 2021 is the ‘Bumps in the Bay’ project.

Summary of the winning Bumps in the Bay project

The project conducted a diving investigation of a geological mystery from the age of the dinosaurs. The diving was conducted by the Isle of Purbeck Sub-Aqua Club in liaison with Royal Holloway University.

Underwater sonar surveys had revealed large circular structures in the Purbeck limestone which have not been seen on land in any of the coastal cliffs or quarries despite over a hundred years of geological research. The structures were 120m in diameter and 4 to 5 miles offshore. An initial analysis generated 7 hypotheses for the formation of these structures but with no way of narrowing the field without diver intervention.

Members of the Isle of Purbeck Sub-Aqua club proposed a Diving Protocol to obtain seabed samples from these structures and obtained funding support from the British Sub-Aqua Jubilee Trust. Diving could only be carried out around Neap tides with a slack tide operational ‘window’ of only 40 minutes a day.

Planning identified 27 potential dive sites for sampling of which 7 were eventually chosen at depths down to 35 m. The diving team successfully collected 32 fist sized samples from the 7 sites, which were subsequently analysed in a laboratory.

The project was successful in that the 7 initial hypotheses for the formation of the structures has been reduced to 3 and a preferred hypothesis identified (Tufa mounds for the technically inclined).