Seizures and epilepsy | Anatomy of a diver 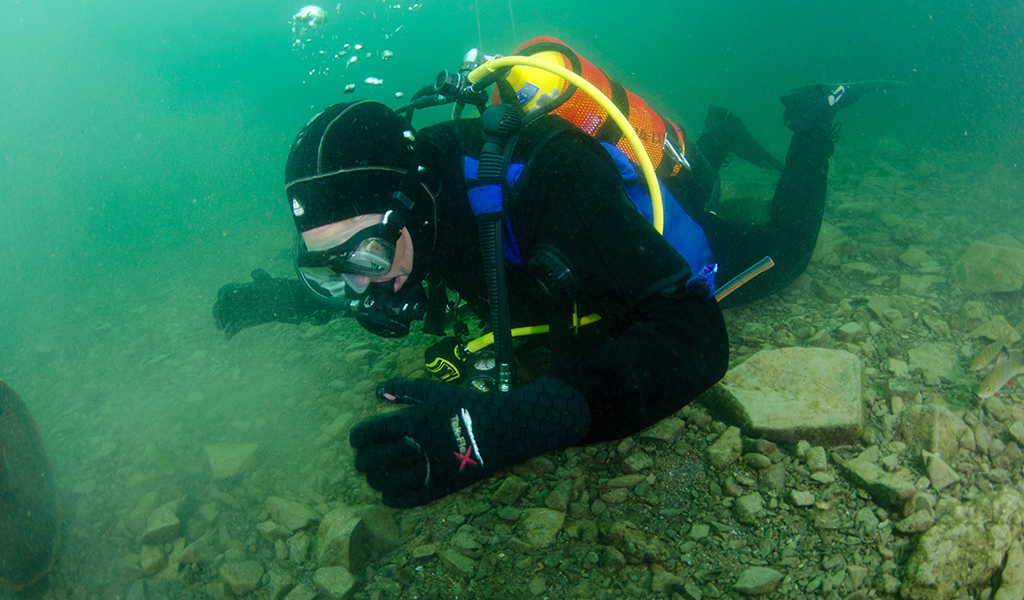 Dr Ashley Davies of DDRC Healthcare considers the phenomenon of seizure in divers, what causes it and how to deal with it in an emergency.

Seizures are caused by sudden, disordered electrical activity in the brain. Typically, we think of convulsions (shaking of the body) but the signs and symptoms produced depend on the affected region of the brain and can include disturbances in sensation, personality and consciousness. Each of us has an 8-10% lifetime risk of having a seizure.

Epilepsy is characterised by recurring seizures. It is a common neurological condition affecting approximately one in every 100 people, and is more common in the young and elderly. The cause is unknown in most patients but may be related to brain damage or genetic abnormalities. Some people experience strange sensations before having a seizure, this warning is known as a ‘prodrome’.

What else causes seizures?

Many things can provoke a seizure; hypoxia (a lack of oxygen); hypoglycaemia (low blood sugar); fever; head injury; alcohol and drugs, to name a few. It is not always possible to identify the cause. After experiencing one seizure, the risk of having further seizures is increased.

At high inspired partial pressures, oxygen provokes seizures. This is known as an oxygen toxicity seizure and is the reason we limit the inspired partial pressure of oxygen when diving. Common limits are 1.4 bar, increasing to 1.6 bar during decompression stops shallower than 10m. We use these to calculate a Maximum Operating Depth (MOD) for the gas mix being breathed. Observing these limits will reduce the likelihood of suffering an oxygen toxicity seizure underwater.

How will seizures affect my diving?

Experiencing a seizure underwater will incapacitate the diver and they will lose the regulator from their mouth, which can result in drowning. We must also consider their buddy, who will be at risk of injury, and possibly death, if they attempt a rescue. All divers who experience a seizure, epileptic or otherwise, should cease diving and speak to a diving doctor.

Anti-Epileptic Drugs (AEDs) reduce the likelihood of seizures by stabilising electrical activity in the brain. There is no single drug that works for every person and it may take some trial and error until a suitable drug, or combination of drugs, is found. AEDs have many potential side-effects – most will cause a degree of sedation and potentiate narcosis. Unfortunately, people on AEDs are not fit to dive. Current guidance is that a person must be off medication and seizure-free for five years before they are eligible to dive. This is because when AEDs are stopped there is a risk of relapse and further seizures. This risk decreases with time and by five years is thought to be sufficiently low to allow safe diving.

Are there any exceptions?

Yes, there are a few cases where diving may be permitted after such an event. When seizures have occurred only during sleep (termed ‘nocturnal epilepsy’) a decision is made on a case-by-case basis, often by the UKDMC (UK Diving Medical Committee). Secondly, infants are prone to febrile seizures – these are seizures occurring when body temperature rises rapidly. These may be disregarded if they were due to the temperature rise alone and no diagnosis of epilepsy was made.

If you are unsure or have any queries regarding seizures and diving, please contact a diving doctor.

What should I do if someone has a seizure?

If a diver has a seizure underwater, you should try to keep the regulator in place, but if it has fallen out of their mouth do not try to replace it. Use a controlled buoyant lift to bring the diver to the surface, remembering to control the rate of ascent. At the surface, establish positive buoyancy and keep the diver’s mouth clear of the water. If they are not breathing, give one minute of rescue breaths before getting to safety as quickly as possible. Once recovered to the shore or boat follow BLS guidelines.

This Anatomy of a diver column was originally published in SCUBA magazine, Issue 104 July 2020. For more membership benefits, visit bsac.com/benefits.