Diving and the menstrual cycle | Anatomy of a diver 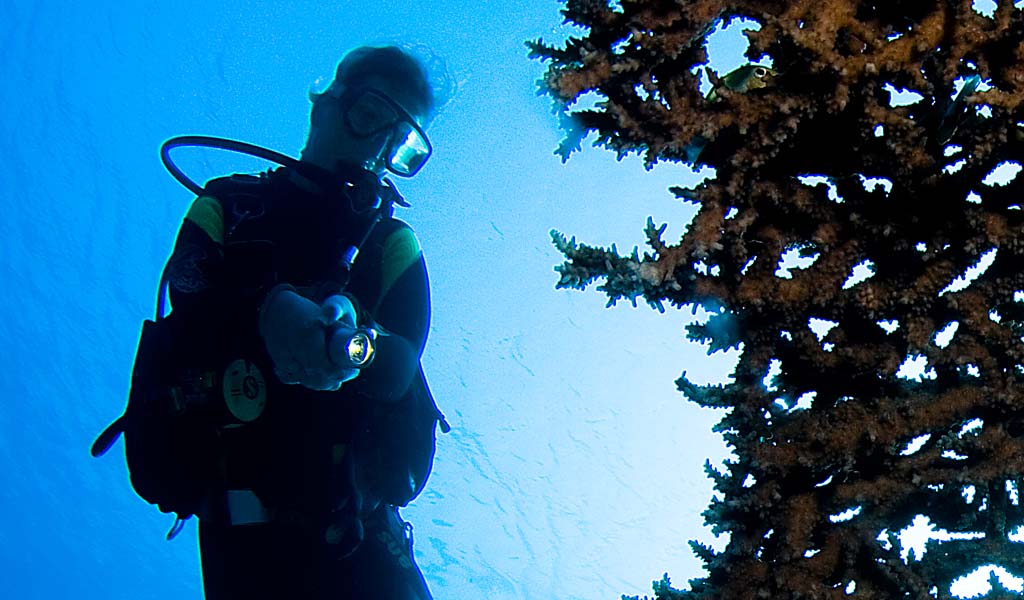 How does diving affect the menstrual cycle? This and other questions answered by Dr Ed Shattock of DDRC Healthcare.

What is the menstrual cycle?

The menstrual cycle describes the changing state of the female reproductive system required to support the production of eggs and the development of a foetus in the womb. It lasts roughly 28 days, although this can be highly variable. The cycle is controlled by the rise and fall of oestrogen and other hormones in the body. Day 1 of the cycle begins with the ‘period’ (menstruation), where the lining of the womb breaks down after passing an unfertilised egg during the previous cycle.

This lasts around 3-5 days but, again, can vary greatly. The lining of the womb then begins to grow as it gets ready to support a pregnancy and, at around day 14 of the cycle, an egg is released from an ovary. If the egg is fertilised then it will implant into the lining of the thickened womb where it will receive the nutrients and oxygen required to grow into a foetus. If the egg is not fertilised then the egg is passed and the cycle starts again.

Diving at any point during the cycle can be safe. However, most women will suffer from pre-menstrual symptoms during the 1-2 weeks prior to menstruation including fatigue, mood changes and bloating. Symptoms can vary from mild to severe and can cause significant disruption to daily life. It would be sensible to delay diving if suffering from severe symptoms, as they may impact on the diver’s decision-making, or their ability to respond to an emergency scenario. However, milder symptoms, or those that can be managed with simple pain killers such as paracetamol, should not deter anyone from enjoying diving. Women choosing to dive with symptoms should pay particular attention to any pain or fatigue which may cause some physical limitations.

Can you dive on a period?

Diving while on a period is also absolutely safe. Some women may be worried about blood loss attracting attention from sharks but there is no evidence to suggest that they are attracted to human or menstrual blood!

Is there an increased risk of Decompression Illness (DCI)?

Firstly, there may be some evidence to suggest that women are at a slightly higher risk of DCI than men and this could be due to a higher average body fat percentage. Fat tissue off-gases slowly, leading to a greater chance of bubble formation and resulting DCI. However, evidence here is poor and should be interpreted cautiously.

There have also been several studies which showed that the risk of DCI was slightly greater at certain times during the menstrual cycle. Most of these studies agree that the risk was highest during menstruation with the lowest incidence in the third quarter of the cycle. However, the evidence is again quite unclear and although some theories have been proposed to account for this, nothing has been definitively proven. The data for women taking the oral contraceptive pill (OCP) shows further uncertainty, some evidence pointing to an increase in DCI incidence and others showing no relationship at all.

How can any risk be minimised?

Remember to always dive within your limits. If pre-menstrual symptoms are particularly bad and you think this may have a knock-on effect on your diving then it may be sensible to postpone diving. You can take some simple pain killers (such as paracetamol or ibuprofen) with you on your diving trip to help with milder symptoms and avoid more demanding dives if possible. Symptoms requiring stronger medication should be a reason to postpone a dive. Remember to stay properly hydrated particularly when on a period.

In terms of DCI, the evidence is still unclear about the causes of increased risk and more research is definitely needed in this area. In fact, the absolute increase in risk remains quite small. In the meantime, when planning dives during the first week of the cycle, some divers might consider adding a little more conservatism to their dive profile to reduce the risk of DCI.

This Anatomy of a diver column was originally published in SCUBA magazine, Issue 105 August 2020. For more membership benefits, visit bsac.com/benefits.

#Scuba Columns #Anatomy Of A Diver