All the wrasse, all the time 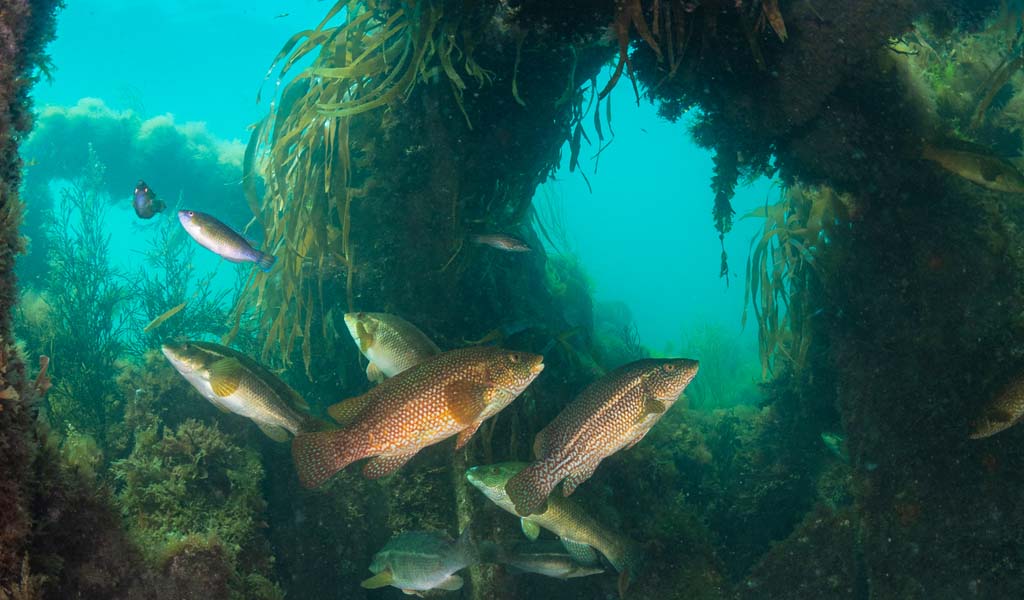 Kirsty Andrews raises a questioning eyebrow as she assesses diving quizzes in a time of virtual club meetings.

I do love a quiz. Who doesn’t? Among divers, it’s entirely acceptable to be a self-acknowledged geek and to be proud of it. This summer has been a bumper one for quizzes, including those organised in clubs via various remote technology, some bonus rounds on the BSAC website and also this magazine’s own Big Fat SCUBA Quiz, to which I was challenged by our editor. I started on the picture round and (spoiler alert if you haven’t done it yet) my top tip is, if there’s a fairly old looking photo of a diver, there’s at least a 1 in 3 chance it’s Jacques Cousteau. Other important clues for this are: highly distinctive red hat, and equally distinctive hatchet profile. Alternatively, if it’s a black and white pic of an impossibly glamorous couple, I’d place bets on Hans and Lotte Haas.

Sadly, I also know that not everyone loves a quiz, particularly a diving themed one. I learned this after putting together a (pre-lockdown) fundraising quiz night for my club. Family and friends were also invited (more victims for the raffle and the clubhouse bar, as well as for the pleasure of their company, of course). Due to the presence of non-divers I had promised that this quiz would not be an Ocean Diver exam equivalent or indeed entirely diving themed.

I thought I had complied adequately with this stipulation until I saw several glazed faces and pained expressions around the room. I mean, I had tried: there was a Film & TV round (films and TV with diving in them) and a Music round (watery theme), a Science & Nature round (fish ID etc), History (mainly wreck-related) and I was particularly pleased with the anagram questions: who knew that ‘dig infective carp ass’ is an anagram for Safe Diving Practices?

Most people had a good time, I think, and those that were struggling a bit were driven to the bar, so that was a benefit too. At least the music round was a definite win as you don’t have to be an Advanced Diver to enjoy the delights of How Deep is Your Love?, The Tide is High and Rock the Boat, to name but a few highlights.

The truth is, it’s hard to come up with a quiz that works for everyone. A few members of my club have picked up the quizmaster baton in recent months, mostly successfully and entertainingly. One question that bamboozled me on a recent one was a picture round: which of these fish is not a wrasse?

This question has deep meaning in the Clifton Sub-Aqua club, as it’s a long-standing joke that many of our members pride themselves on being wreckie techie rust-lovers who think that all UK fish are a wrasse. I like to straddle that particular fence as I have a proper appreciation for wreckage but also try to be able to ID any wildlife I see. Yet I was flummoxed: they all looked like wrasse to me… consider my relief to find that it was a trick question: all wrasse. I was back on familiar ground for the next picture. Big nose, beanie hat… unmistakably the Father of Scuba Diving. Phew!

This column was originally published in SCUBA magazine, Issue 105 August 2020.