A quest for blue water 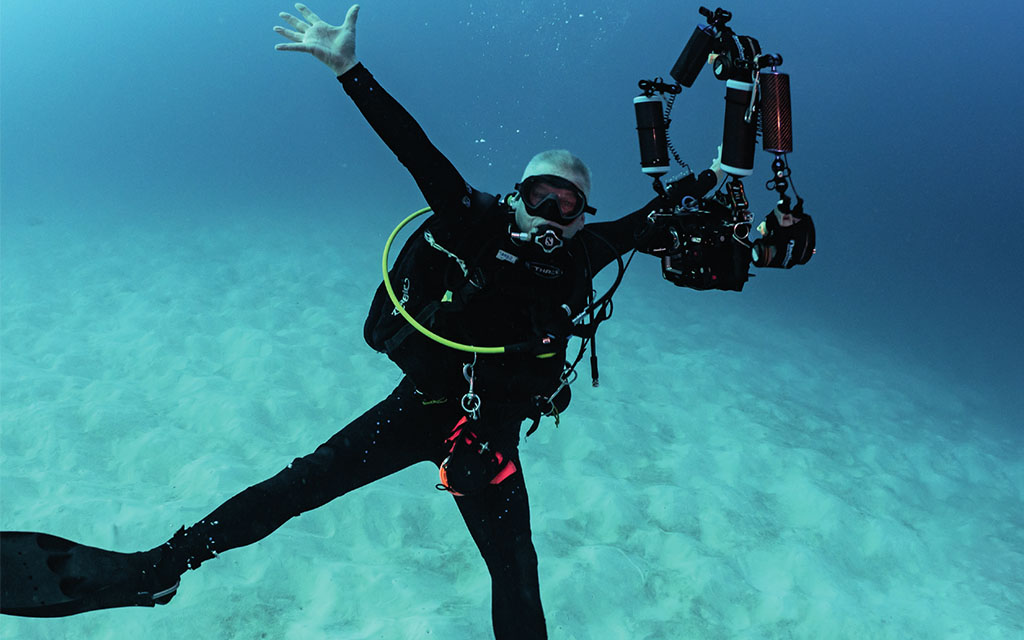 When Covid-19 threatened to derail his meticulously planned Maldives holiday, Yo-Han Cha decided to stick to his priorities...

Before the pandemic, there was always a lot to arrange and organise for a dive trip abroad. The liveaboard or dive centre; travel insurance; airline tickets; airport parking; what drink to have before getting on the flight... to name but a few.

These days we also have to contend with the added bureaucracy hastily created to filter and track us as we cross borders. Travelling abroad was always going to be a risk, but I fancied using my birthday as an excuse to get away in January, and my friend Rick [none other than deep wreck diver Rick Ayrton, who also enjoys his blue water scuba] said he’d be happy to come with me.

We chose the Maldives because at the time it was one of the few viable destinations, and obviously a great place to dive in warm blue water. We booked the liveaboard and the flights, then agreed not to discuss our holiday further until after the New Year, as the rules around Covid-19 were (and still are) constantly changing. Come January, the rules for the UK, the Maldives and Abu Dhabi were studied and various tests were booked and forms filled out. Our PCR tests were – thankfully – negative and the excitement began to build.

On the outward journey, we successfully negotiated our way around Heathrow and Abu Dhabi airports. Then we arrived at Male airport (serving the capital of the Maldives) and if the queues there were anything to go by, the Maldives still remains a very popular holiday destination. I understand why, but after seeing two half-empty airports, it was weird seeing so many people again. We eventually got through Immigration and with my first fresh stamp on my passport for two years, we were in the Maldives! It may have been 7.30 in the morning but we were excited. We just had to meet the tour representative who would show us onto our liveaboard.

That’s when Covid-19 reared its ugly head. We had done everything we could to keep ourselves Covid-19 free but there were some things we just couldn’t control. This ‘known unknown’ turned out to be a positive PCR test on someone who had been on our liveaboard before us. To cut a long story short, it had put our liveaboard out of action. We were so, so close.

We then spent ten hours at Male airport waiting to see if we could find a replacement liveaboard. The humidity made it slightly uncomfortable, but at least I wasn’t wearing jeans like Rick. Our hopes were raised briefly by rumours of a replacement liveaboard, but its generator was broken so we sat back down and continued with the waiting game. Then a few hours later, another liveaboard had been found and the excitement was back and we were finally out of that pleasant but by now overfamiliar airport and on a speedboat taking us to our new liveaboard.

Then, when we arrived at the new liveaboard, it turned out to be significantly smaller than the original. After a lot of discussion and arguing between the customers and the tour operator, Rick and I looked at each other and said, “Well, I’m here for the diving…”. We decided that there wasn’t another bigger liveaboard that was likely to be found, so we set about getting our dive kit unpacked and ready. Some our fellow travellers joined us, some didn’t. And those of us who stayed, having bonded over that first rather stressful day, had what can be said without any exaggeration, an epic diving holiday.

Was travelling during Covid-19 more stressful? Yes. Would I do it again? Absolutely!

We want to hear from YOU. Tell us your scuba (or snorkel) story - how you got into the sport and what brought you to BSAC. Whether you were already trained with another agency, started as a young snorkel diver or found us later in life. Email your story to marketing@bsac.com with the subject 'My scuba/snorkel story' and some pictures and yours might be the next story we share!